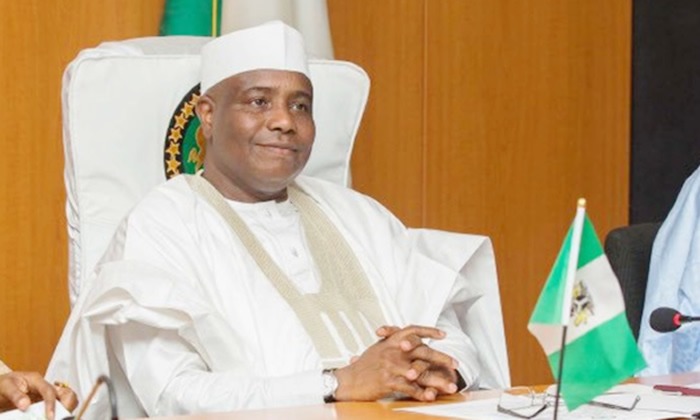 Sokoto State Governor, Aminu Waziri Tambuwal has received the report of a committee set up by the state government to investigate the 12th May students’ unrest at the Shehu Shagari College of Education (SSCOE).

This is contained in a statement signed on Tuesday by Muhammad Bello, Special Adviser on Media and Publicity to the Governor.

The statement added that the governor said having received the recommendation of the committee and heard from several stakeholders and leaders in the state on the need for the college to reopen, his administration will look into the possibility of doing so.

He directed the Governing Council of the SSCOE to convene a meeting with a view to reopening the college soonest.

Tambuwal, in the statement, assured the people of the state that, the government will implement the recommendations of the committee, reiterating his belief that doing so will prevent future reoccurrence not only in the affected college but in all tertiary institutions in the state.

Meanwhile, the governor appealed to the Federal Government and the Academic Staff Union of Universities (ASUU) to find common ground toward ending the prolonged strike embarked upon by the union.

“No issues are beyond resolution. We must, in the interest of our children and our country, find a common ground,” Gov. Tambuwal advised.

Advertisement
Related Topics:DEBORAHTambuwal
Up Next 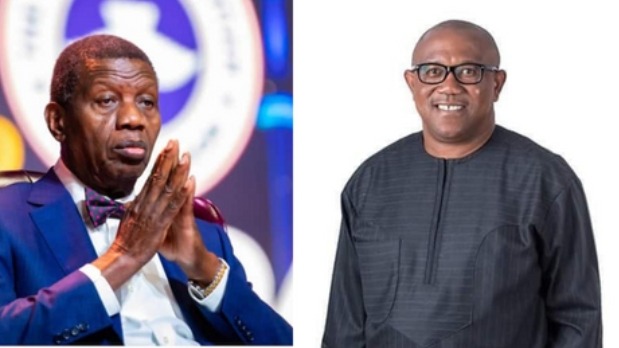 The presidential candidate of the Labour Party, Peter Obi, got a rousing welcome on Friday at the Holy Ghost Service of the 70th convention of the Redeemed Christian Church of God.

The former Anambra State governor graced the fifth day of the convention at RCCG international headquarters along the Lagos-Ibadan Expressway.

The programme, with the theme, “Perfect Jubilee” began on Monday, August 8 and will last through Sunday, August 14, 2022.

Obi was introduced alongside other dignitaries, including the President of the Pentecostal Fellowship of Nigeria, Bishop Francis Wale-Oke; Akwa Ibom State Governor, Mr Udom Emmanuel; and the wife of Ogun State Governor, Bamidele Abiodun; among others.

RCCG Mother-in-Israel and wife of the General Overseer prayed for the restoration of Nigeria.

Obi had last month attended a well-broadcast service at Dunamis International Gospel Centre in Abuja led by Pastor Paul Enenche and his followers met him with an energetic welcome.

RCCG’s General Overseer, Pastor Enoch Adeboye, had in April said though God had not spoken to him about next year’s election he would pray for any candidate who came to him for prayers.

“As of now, I still don’t know whether or not there will be an election next year, yet. I don’t know because my father has not spoken about it yet. The reason could be in Matthew 6-34.

“For your information, if anyone comes to me from any political party, I will pray for them, the general prayer point I pray for them is Father, let your perfect will for this person be done,” the 80-year-old had said.

The National Orientation Agency, NOA, has decried the worsening state of arms carrying among Nigerian youths, urging citizens on the need to shun all forms of violence and encourage peace in the country.

The Agency’s Director in Ebonyi state, Dr Desmond Onwo, disclosed this during a visit to members of the Muslim community, and the Christian Association of Nigeria (CAN) in the state

The Agency embarked on a campaign titled, “War against child – soldiers”, on public enlightenment of citizens especially young ones on the need to embrace peace rather than violence.

The Director who was accompanied by officials of the Agency (NOA) in Ebonyi State, said problems are not solved by arms carrying/violence, rather citizens should embrace peace and harmony.

“Nigeria is one and we should learn to live as one and live like a nation.

“This is because, the Federal government is deeply worried over the unusual development in the country, especially on the state of insecurity,” he said.

Onwo further explained that the much worrisome is the issue of gun usage especially among young persons, thus increase in danger/terror everywhere in the country.

“We have been asked to meet with religious leaders in various states. We are very aware that child – soldiers have escalated in the country and there is need for a serious campaign to end such act of children carrying guns,” he added.

Reacting, Rev Scamb Nwokoro, Vice Chairman of CAN Ebonyi State, condemned the continuous killing of citizens across states of the federation and called for brotherly love for one another.

On his part, Alhaji Danjuma Gambo, the Sarkin of Hausa community in the state appreciated the move by NOA on the campaign against child – soldiers in the country and promised to encourage members in support of the campaign.

The Inspector-General of Police (IGP) Usman Baba has dismissed Corporal Opeyemi Kadiri attached to Dolphin Division Headquarters, Lagos Police Command for gross misconduct, disobedience to lawful order, and assault on a member of the public captured in a viral video on August 3, 2022.

The dismissed officer with Force Number: 509745 who, enlisted into the Force on December 6, 2016, was caught searching a commuter’s phone by the road side contrary to the directives of the Inspector-General of Police, IGP Usman Alkali Baba, to that effect.

According to a statement by the Force Public Relations Officer, CSP Olumuyiwa Adejobi, the dismissed officer also assaulted the commuter who attempted to bring the order to his notice.

“The Police hereby calls on officers and men of the Force to maintain professionalism and civility to members of the public in the discharge of their duties in line with extant laws.

“The Force equally calls on members of the public to ensure proper conduct in all encounters with police officers to avoid infractions which may be subject to prosecution,” the statement reads.