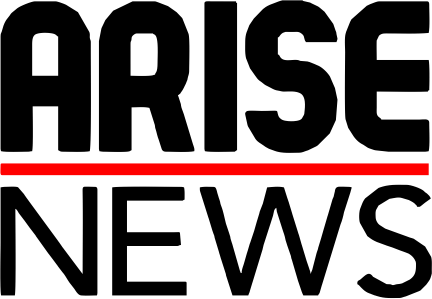 Popular TV broadcaster, Rufai Oseni, has been fined the sum of ₦70,000 for committing a traffic infraction in Lagos.

The Lagos State Police Command Public Relations Officer, Benjamin Hundeyin, made this known in an update released on Tuesday.

The Arise TV presenter had earlier trended on social media after he claimed that a policeman pointed a gun at him for driving on a dedicated Bus Rapid Transit lane.

In his update, Hundeyin said, “Mr. Rufai Oseni was in court earlier today. He was found guilty of contravening Lagos State Transport Law (2018).

“He was subsequently fined Seventy Thousand Naira Only. He made the payment, after which his vehicle was released to him.”

Rufai tweeted on Monday, “A Nigerian police officer pointed a gun at me and forcefully took my keys and drove my car off, because he wanted to enforce a traffic infraction.”

Responding to the tweet, Hundeyin had said, “Rufai, let’s not do this. You admitted to me that you passed a BRT lane. It’s against the law.

“Your claim that google maps took you there is not tenable. You disobeyed and resisted the officers. We’ll sanction the officer who misused firearm if proven.”

However, in a video that trended on Twitter on Tuesday, Oseni was directing insults at the policemen. He went to his car, then returned to the policemen in their vehicle and said, “I will call the governor…nonsense.”

While apologising for using expletives on the police later on Tuesday, Oseni maintained he had every right to call the state governor if he felt maltreated. 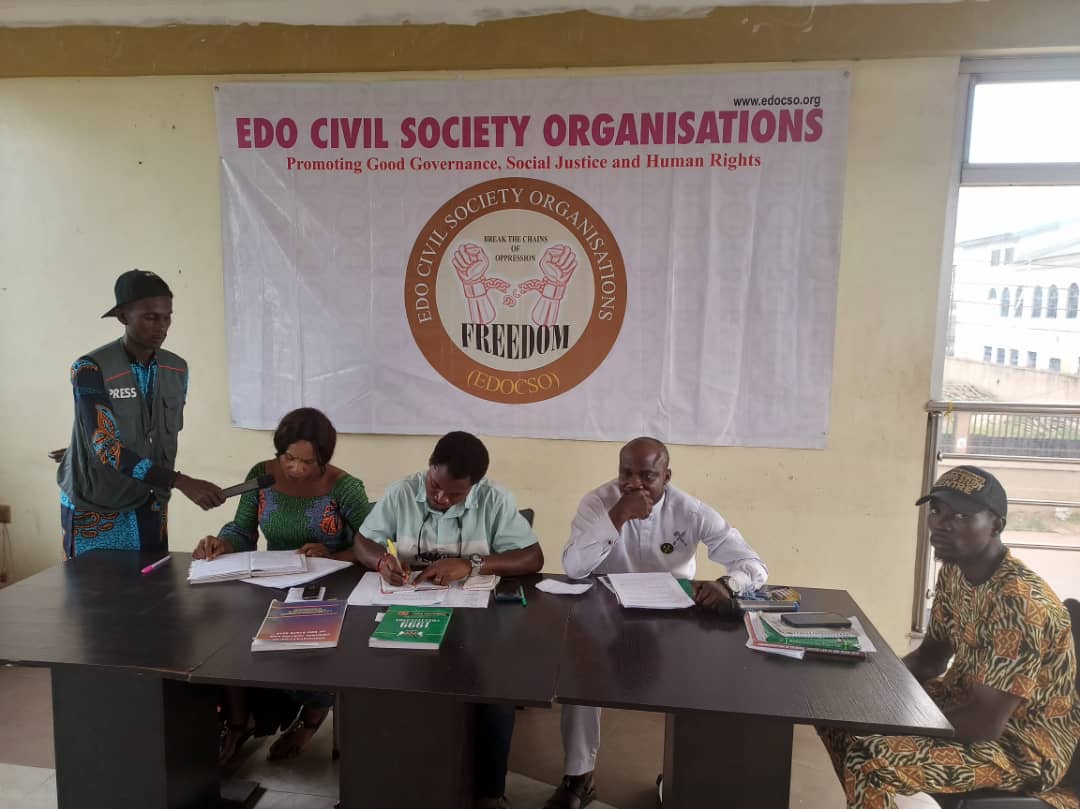 The Edo Civil Society Organisation, EDOCSO, has faulted a statement credited to the state Commissioner of Police, Abutu Yaro, that only petitions written by legal practitioners (lawyers) in the state would be entertained by his office.

The CP had reportedly held meeting with some set of persons wherein he made his position known on who has right to petition him in the state, a position that was backed up by a statement of commendation by the Nigerian Bar Association, NBA, Benin branch.

But the Interim Technical Executive Council (TEC) Chairman, EDOCSO, Comrade Austin Enabulele, in a press conference in Benin on Saturday during the civil society organisation’s general assembly, noted that the CP was wrong to have said only lawyers have right to petition his office, adding that petition, just like letter writing, is a fundamental human right that anyone is entitled to.

Quoting in verbatim Section 89(3) of the Administration of Criminal Justice Act on who and who is entitled to write petition, the Chairman said: “A complaint may be made by the complainant in person, or legal practitioner representing him, or by any person authorized in that behalf,” adding that the Command has a responsibility to treat such petition appropriately.

Comrade Enabulele called on the Commissioner of Police to urgently refute the publication of ‘thank you for making petition writing exclusive to us’ made by the Nigerian Bar Association, Benin branch, if truly he did not make such pronouncement. 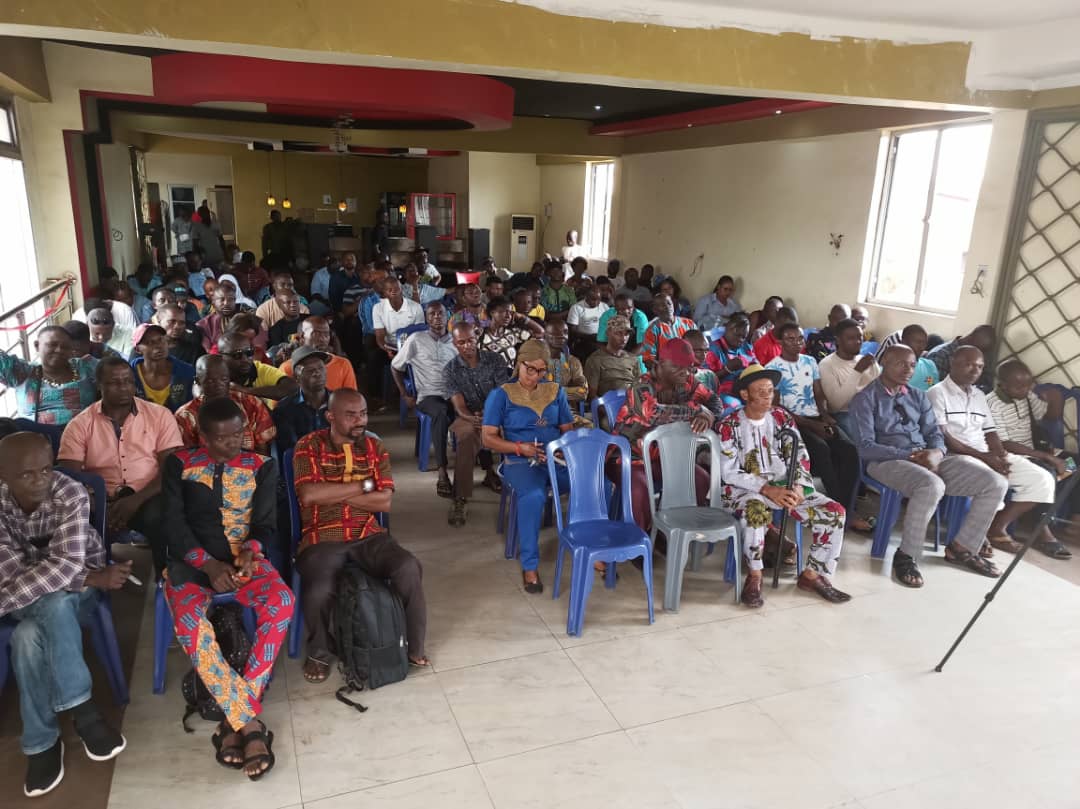 Members of EDOCSO at the general assembly of the organization in Benin on Saturday.

“The publication of the NBA to the effect that, the COMPOL has decided to entertain petitions from only lawyers MUST be refuted or else it becomes accepted as the true position from the COMPOL and we the people shall resist such abuse of public officer in words and actions to save our society from retrogression to the state of nature,” he added.

While condemning the manners at which the CP has “consistently denigrated the civil society community in Edo state either by abusive statements, sending them out of his office or charging matters to court once the presence of civil society is observed,” Comrade Enabulele added, “Majority of the activists in Edo state, especially members of Edo Civil Society Organisations EDOCSO, are highly educated and well to do individuals and a handful are employers of labour.” (Sic)

He added: “They are not jobless as speculated by our CP Abutu Yaro but only driven by sheer passion by creating time to assisting the weak and voiceless, engaging institutions and government for an egalitarian society beneficial to all.” 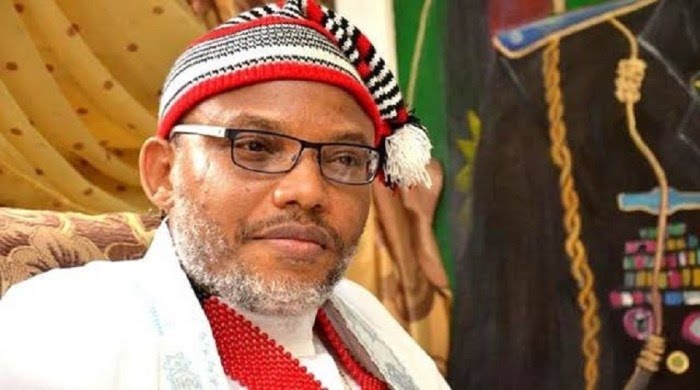 The legal team of Nnamdi Kanu, leader of the Indigenous People of Biafra, IPOB, Nnamdi Kanu led by Aloy Ejimakor, has written to the Attorney General of the Federation, AGF, and Minister of Justice, Abubakar Malami.

They reminded Malami of the need to accord Kanu an enforceable right to compensation and other reparations for his continued unlawful detention.

The letter was addressed to Malami and the Minister of Foreign Affairs was signed by Chukwuma-Machukwu, and Ejimakor.

The letter reads partly: “As you must have noted, the Opinion demanded the Government of the Federal Republic of Nigeria to immediately and unconditionally release our client; Mazi Nnamdi Kanu and accord him an enforceable right to compensation and other reparations for his continued unlawful detention.

“The Working Group requests the source and the Government to provide the above- mentioned information within six months of the date of transmission of the present opinion. However, the Working Group reserves the right to take its own action in follow-up to the opinion if new concerns in relation to the case are brought to its attention. Such action would enable the Working Group to inform the Human Rights Council of progress made in implementing its recommendations, as well as any failure to take action”. All emphasis (italic, bold underlining) ours.

“Your Excellency, we are sending this demand Letter to you because we believe that the subject matter falls under the jurisdiction of the Foreign Relations Ministry of Nigeria, as it is the duty of the Ministry to, among other things, ensure that Nigeria complies with her obligations under international law. Thus, in your considerations of the subject matter of this Letter, we respectfully invite you to be guided by the following:

“Some of the above human rights instruments were mentioned in the Opinion as having guided the Working Group in reaching this decision. To be sure, ratification is a means by which a nation renders itself subject to international laws and treaties. And by virtue of Section 12 of the 1999 Constitution of the Federal Republic of Nigeria {as amended} and a plethora of decisions by the Supreme Court of Nigeria {see; Abacha v Fawehinmi [2000] 6 NWLR Part 660 p 228}, ratification makes Nigeria subject to and bound by whatever treaties, principles, protocols, etc that it ratified and domesticated.

“Thus, Nigeria’s Domestication of Article 6 of the African Charter on Human and Peoples’ Rights {which includes Article 6 that guarantees the Right against unlawful detention. This Article is as well very similar to Article 9(1) of the International Covenant on Civil and Political Rights} has made Nigeria bound by it and in extension, bound by the Opinion of the Working Group which it was founded on.

“Furthermore the International Court of Justice in its dictum in the Hostages in Tehran case, ICJ Reports 1980, p. 42, para. 91 held:

“wrongfully to deprive human beings of their freedom and to subject them to physical constraint in conditions of hardship is in itself incompatible with the principles of the Charter of the United Nations, as well as with the fundamental principles enunciated in the Universal Declaration of Human Rights”

“It thus follows that, notwithstanding that a State may not have ratified or otherwise adhered to any of the preceding human rights treaties, it is nonetheless bound by other legal sources to ensure a person’s right to respect for his or her liberty and security.

“That Kenya has not taken up a complaint against Nigeria for kidnapping a British citizen in her sovereign State cannot in law be an alibi for Nigeria as to avoid its Rule of Law obligations. The case of United States v. Toscanino (also cited in the Opinion) emphatically points out that a violation of international law is not merely a political matter to be settled through diplomatic channels by the states involved, but can also be relied upon by the accused in the domestic courts. see; See State v. Brewster (1835), 7 Vt. 118; United States v . Unverzagt (1924), 299 F. 1015 (D.C .), (1919-42)

“To this effect, even when Nigeria denies being a signatory to or ratifying some of the instruments as listed above which the Working Group relied on, the International Court of Justice has already set the precedent that even States that did not ratify these Documents will still be bound by them.

“How did we come to this level? In fact, we must reiterate that impunity and violence are sure signposts of misgovernance and are never allowed in the comity of sovereign nations where intelligence, higher thoughts and diplomacy are the only life wires of good governance and mutual international relationships with other nations.

“This Nigeria cannot afford to squander. It is an opportunity to explore a more reconciliatory path to resolving the Biafra question.

“In view of all the foregoing, we most respectfully ask you to bring your good Office to bear on the Government of Nigeria to unconditionally release our Client, Nnamdi Kanu within a reasonable time after the receipt of this letter.” 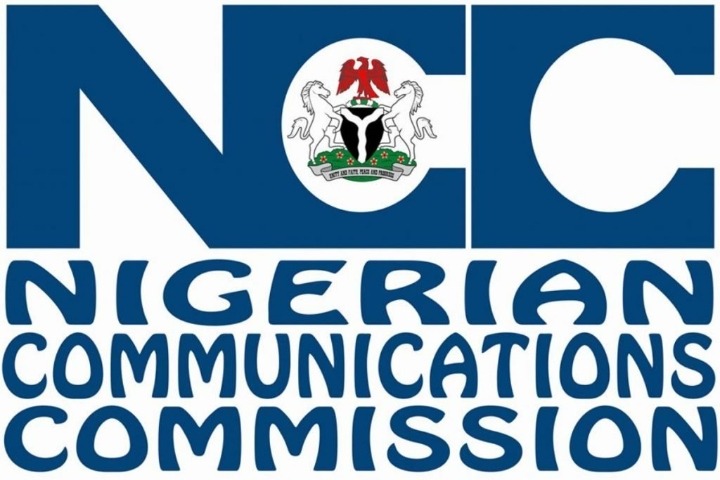 These measures include ensuring that organisations’ employees use strong, unique passwords for every account and enabling multi-factor authentication (2FA) wherever it is supported to prevent ransomware attacks as well as advising organisations to ensure regular systems backup.

The NCC-CSIRT’s warning contained in its advisory of August 12, 2022, came after the Yanluowang threat actors gained access to Cisco’s network using an employee’s stolen credentials after hijacking the employee’s personal Google account containing credentials synced from their browser.

Ransomware is a malware designed to deny a user or organization access to files on their computer until they pay the attackers.

NCC-CSIRT estimated potential damage from the incident to be critical while predicting that successful exploitation of the ransomware will result in ransomware deployment to compromise computer systems, sensitive products and customers’ data theft and exposure, as well as huge financial loss to organizations by incurring significant indirect costs and could also mar their reputations.

The team said, “The first step to preventing ransomware attacks is to ensure that employees are using strong, unique passwords for every account and enabling multi-factor authentication (2FA) wherever it’s supported.”

It further disclosed that “In response to the attack, Cisco has immediately implemented a company-wide password reset. Users of Cisco products should ensure a successful password reset.

“As a precaution, the company has also created two Clam AntiVirus signatures (Win.Exploit.Kolobko-9950675-0 and Win.Backdoor.Kolobko-9950676-0) to disinfect any potentially compromised assets. Clam AntiVirus Signatures (or ClamAV) is a multi-platform antimalware toolkit that can detect a wide range of malware and viruses.

“User education is critical in thwarting this type of attacks or any similar attacks, including ensuring that employees are aware of the legitimate channels through which support personnel will contact users, so that employees can identify fraudulent attempts to obtain sensitive information. Organisations should ensure regular systems backup,” the advisory urged.

The CSIRT also works collaboratively with the Nigeria Computer Emergency Response Team (ngCERT), established by the Federal Government to reduce the volume of future computer risks incidents by preparing, protecting and securing the Nigerian cyberspace to forestall attacks, problems or related events.