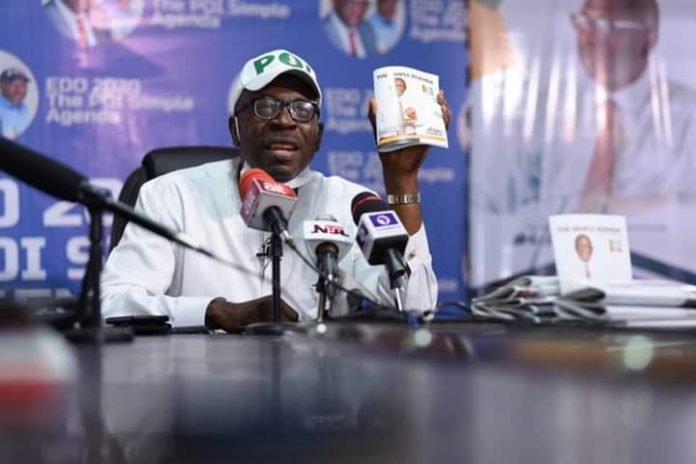 The candidate of the All Progressives Congress, APC, in the Edo Governorship election, Pastor Osagie Ize-Iyamu, has vowed to empower and harness the agricultural potentials of Edo Central, Esan land, if elected as the Governor of Edo State on the 19th of September.

He made this promise at the official kick-off of his campaign in the region where he was received by large crowds.

In Igueben LGA, Ize-Iyamu and his running mate, Mallam Gani Audu, alongside other party leaders including former Governor of the State, Comrade Adams Oshiomhole, paid homage to the Onojie of Igueben Kingdom, HRH Ehizogie Ailuojerio I, in his palace and obtained his blessings.

READ ALSO: Edo 2020: ‘There Is Plot To Assassinate Our Members,’ PDP Alleges

Ize-Iyamu lamented the exclusion of traditional rulers in governance and promised to partner with the traditional institutions in the state to tackle the problem of insecurity and develop policies and measures that would address the real needs of the people, including easy and secure access to rural farmlands.

Ize-Iyamu assured the people of his plans to harness the agricultural potentials of the region through partnership with rural farmers to improve their harvest yields and provide ready local and foreign markets for their produce.

On his part, Comrade Adams Oshiomhole, said the present administration failed to continue with his administrative style of implementation of plans and visible execution of projects that provide relief to the people.

He urged the people of Esan to vote en masse for Ize-Iyamu and expressed confidence that his SIMPLE agenda is an original and creative manifesto that contains realistic plans on how to move Edo State forward. 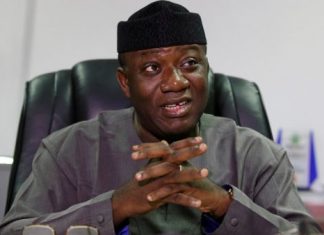 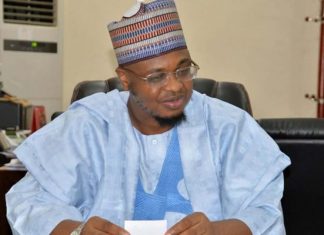 Metro
Over 400 shops were burnt down in a fire incident that occurred at the early hours of Sunday, January 10, at Awada Obosi in...

APC
The APC Media Campaign Council for the Edo governorship election has accused the PDP of colluding with a senior INEC staff to rig the...