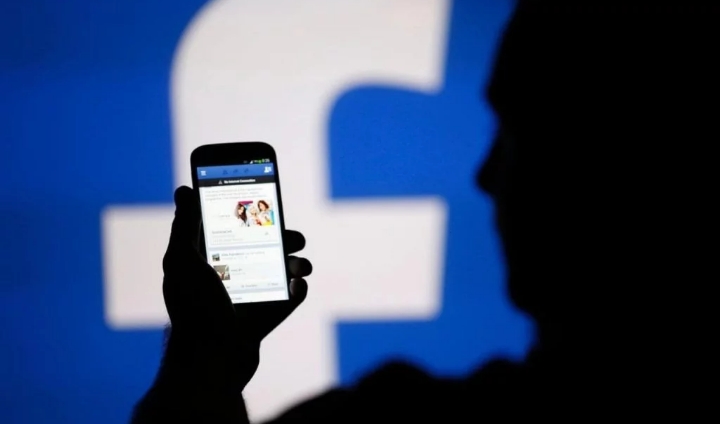 Antigone Davis, global head of safety at Facebook, who made this known in a blog post on Wednesday, said the new development was part of a new update to its bullying and harassment policies.

According to Davis, “The policy changes also include coordinated harassment attacks against users.

“As part of this new policy update, we would remove any profiles, pages, groups, or events dedicated to sexualizing public figures, including celebrities, politicians, and content creators.

“The new policy bans sexualized photoshops and drawings and any degrading content “in the process of bodily functions.”

“We made these changes because attacks like these can weaponize a public figure’s appearance, which is unnecessary and often not related to the work these public figures represent,” Davis wrote. 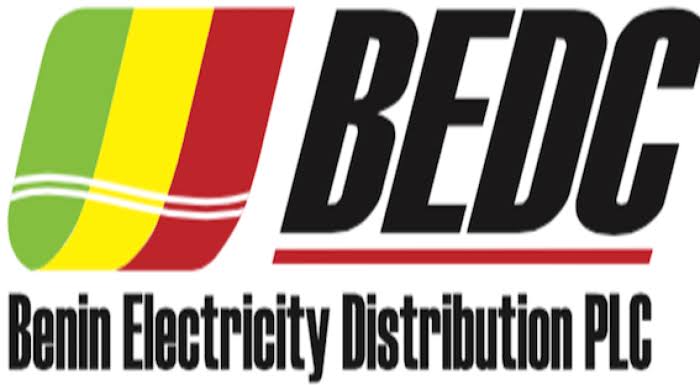 The management of Benin Electricity Distribution Company (BEDC) Plc. has commended residents of Illah community in Oshimili North Local Government Area of Delta State for their roles in the arrest of electricity vandals.

Head, Community Relations, Mr. Simple Ugherakpoteni, who made the commendation on behalf of the Cheif Executive Officer, Funke Osibodu, at a ceremony organised to honour members of the anti-cult group who caught the vandals and handed them over to the police for prosecution, further commended the community for its vigilance over BEDC network.

While decring the rising case of vandalism across its franchise areas, the Head, Community Relations described electricity vandalism and theft as economic crime.

He further described the act as an act of sabotage against the good purpose and intents of the company.

According to him, vandalism of electricity distribution network and other forms of electrical thefts are serious threats to power sector sustainability and economic growth.

While insisting that increasing vandalism will force the company to spend money meant to improve electricity infrastructure to repair or replace damaged and stolen installations, Mr. Ugherakpoteni lamented that the power sector has been the most hit in the most devastating manner.

“The fight against electricity vandals is a collective responsibility that can only be sustained through collective effort and increased partnership,” he said.

The Head, Community Relations, while appreciating the effort of Illah community, presented a life insurance policy for 5 members of the anti-cult group and cartons of energy.

He said it will help them pay less for power usage and also enjoined other communities to emulate and take ownership of BEDC assets in their various localities, “since they are the direct users of these facilities.”

The Ogbelani of Illah, HRM, Obi Sylvester Jugai, thanked the management of BEDC for its gesture and reiterated the community’s commitment in ensuring that the electricity facilities and equipment are well secured and protected to avoid being thrown into blackout.

He insisted on improved community and neighbourhood relations with BEDC staff in order to collectively fight against electricity vandals.

In a related development, cases of high-tension cable conductor vandalism at Esaba, Otutuaima, Oghangbla and Iuhre-Ogun communities in Ughelli South Local Government area of Delta State, were also reported according to the company.

Recall efforts by BEDC at curbing the menace of vandalism on its network will be received a boost with the sentencing of one David James to three years imprisonment by a Benin Magistrate Court 6 in Egor Local Government area of Edo state recently. 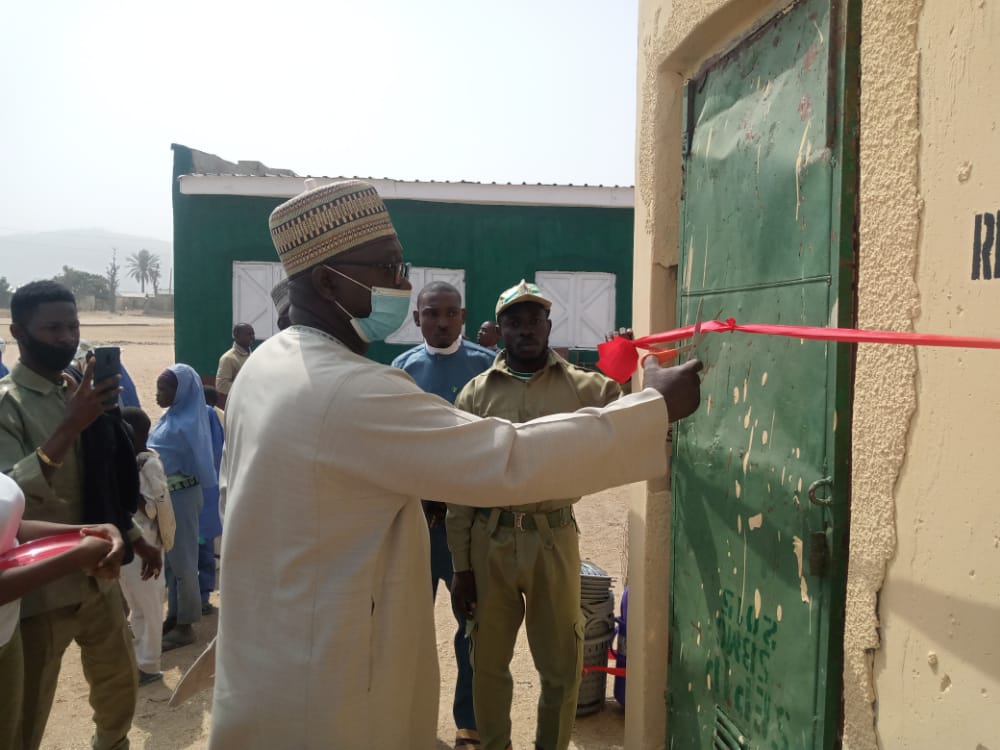 Other things done in the two schools by the batch A corps member were; donation of waste bins, hand parkers, brooms and hand washing rubbers with taps.

Speaking during the inauguration ceremony of the projects in Bauchi on Wednesday, the state Coordinator of NYSC, Alhaji Namadi Abubakar, said that CDS project is one of the cardinal programmes of NYSC.

READ ALSO: NYSC To Corps Members: Be Vaccinated, It Will Keep You Safe

According to him, the corps member had his reasons for initiating and executing the personal project, adding that as far as NYSC is concerned, it expected corps members to touch lives positively wherever they are serving their fatherland.

He said that all the pupils and the staff in the two benefiting schools would feel the impact of the Corps member and his project would leave a footprint in their hearts just as his name had already been written in the good book of NYSC.

“I want to sincerely appreciate the schools for equally supporting the Corps member to carry out these projects.

“No corps member would live under the umbrella of NYSC without carrying out either group or personal Community Development Service projects. 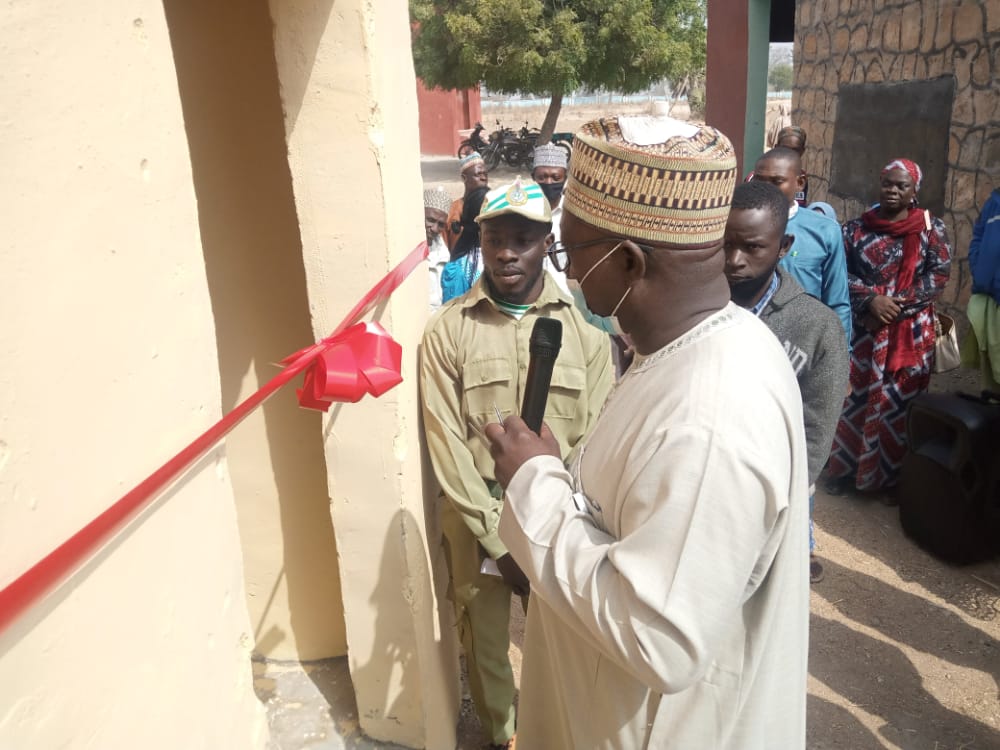 “I sincerely commend Corps member Ugbo. His name is already in our good record book,” he said.

The state Coordinator however, called on other corps members to emulate the initiator of the project and called on the beneficiaries to make good use of the facilities.

Abubakar further explained that renovating a toilet is one of the things that bring cleanliness to schools, which he said, would help in preventing diseases.

Earlier Speaking, corps member Kparetamisi said he discovered that open defecation was rampant in his host community and decided to help in his lattle capacity by renovating the two school toilets.

The corps member, who explained that the project was centred on cleanliness, added that if the pupils of the schools could be taught the clean habit of using the toilets, sweeping and hand washing, they could as well take the habits to their various homes, thereby positively affecting the whole community.

According to him, the project would also help to eradicate or reduce to the nearest minimum health related diseases like Coronavirus, cholera, among others.

“I realised that the good government had provided water for the students of the community and it’s not proper if they still litter the surroundings with faeces.

“So, I decided to renovate the toilets and donate hand washing rubbers with taps, so that when they finish using the toilet, they can wash their hands and they can also learn good habits of sweeping, hence the donation of brooms, waste bins and parkers,” he said.

In their separate vote of thanks, the headmasters of the two schools, Mr Khalid Hassan and Malam Nasiru Yunusa, appreciated NYSC for providing them with the facilities through the corps member and promised to take good care of them. 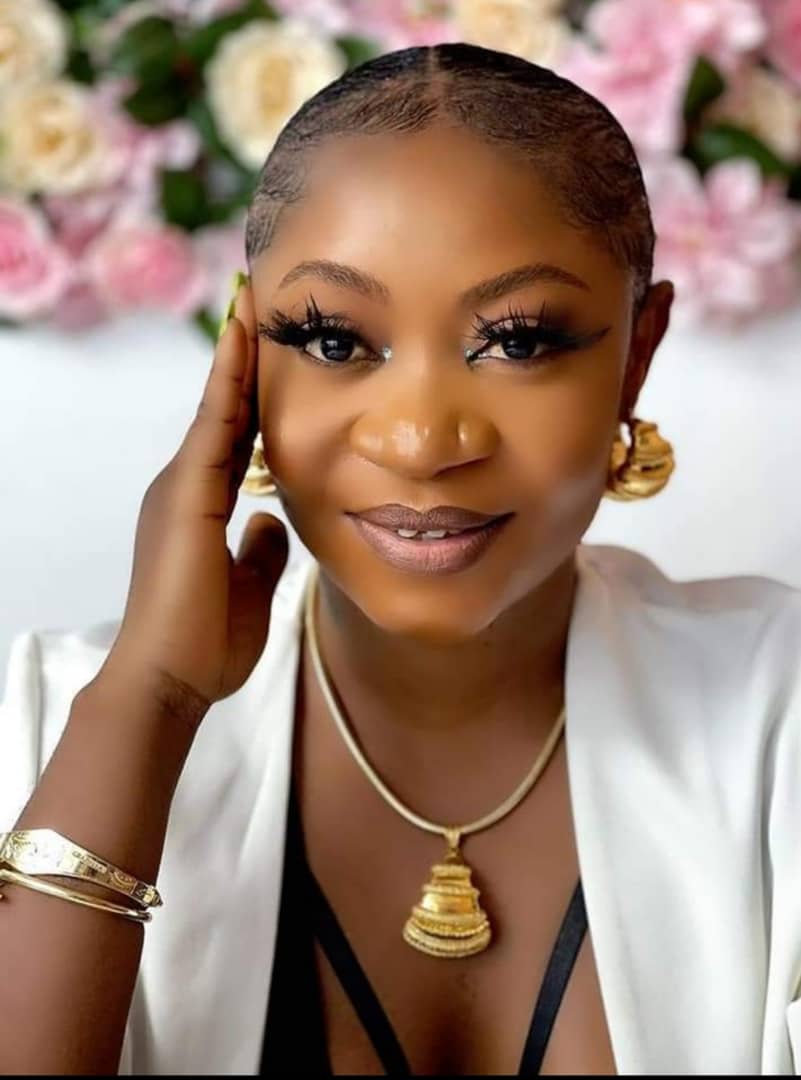 Popular artiste, Sandra Agbogun also known as Lady Sandoka, yesterday, appealed to the Edo State government to endorse local artistes with the view of promoting entertainment and creating job opportunities for its teeming unemployed youths in the state.

She made the appeal while speaking on her just concluded Lady Sandoka live musical concert held at the Surprised Pub and Cafe, Benin.

The 35 years old Sandoka who has put in 22 years in the make believe world, said it is very saddened to have seen artistes from other states gracing the bill boards in the state while the local artistes are not.

“We want endorsement because of whatever businesses that happens in Benin, the government is aware.

“We just want endorsement. We want to take the Benin entertainment industry to the next level.

“We want endorsement and I think this is a very important thing that we need.

“I am speaking on behalf of my fellow colleagues”, she said.

The thespian who combines music and acting as a career, said the just concluded January 21, Lady Sandoka live musical concert, was a first of its kind and that she decided to hit the ground running by hosting it in her state before taking it round the globe.

She further advised up and coming artistes to show some respect to their senior colleagues if they must go far in the industry just as she urged her fans not to relent in their support for her.