International Federation of Women Lawyers ( FIDA), Nigerian, has called for the enactment or reviews of laws to deal with perpetrators of rape.

FIDA, among others, also called for the setting up and efficient running of implementation commitee provided by the law as well arrest, prosecution, conviction and punishment of offenders as members requested for the activation of Gender-desk in all police stations.

FIDA members who made this call while embarking on a peaceful rally to Edo State House of Assembly, strongly objected to the incessant abuse and sexual molestation of women and children and demand for speedy and decisive action against rapists.

In her speech jointly signed by the National President, Rhoda Tyoden, and Edo State chairperson, Iryn Omorogiuwa, the Association said there was need for prompt action to curb the alarming increase in gender-based violence.

The Association members who carried placards with inscriptions such as ‘we say no to violence against women’, ‘Women are not sex toys’, etc, called on key players for a more holistic and aggressive approach in tackling the evil challenge and unpleasant happening across the country.

Receiving FIDA members at the House, Speaker, Edo State House of Assembly, Rt. Hon Francis Okiye assured them and people of Edo State that the House will do all it talks to ensure that justice is done done for late Uwaila Omozuwa.

The speaker, in his remarks promised to walk with all the relevant authorities for public hearing to enlarge the scope for the implemetion and the amendment of the Child act laws which has already been domesticated to ensure offenders of rape are adequately punished.

He assured FIDA the House support for the struggle and fight on violence against the girl child and women in general.

He opined that, rape is no longer gender-based but has become a norm against both sexes due to the current level of morale decadence in the society.

Recall late Uwaila Omozuwa, an under graduate of the University of Benin was killed few weeks ago at a church while reading.

News
Foundation for Families of Fallen Servicemen (FFS), a Non-governmental Organisation, Saturday, appealed to the federal and state governments to offer scholarship and free education...

Columnist
By Tunde Odesola The muffled weeping is unmistakable. It cuts into the thickness of the night. It sounds so far, yet so near, like wind... 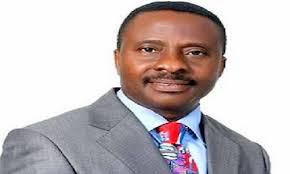