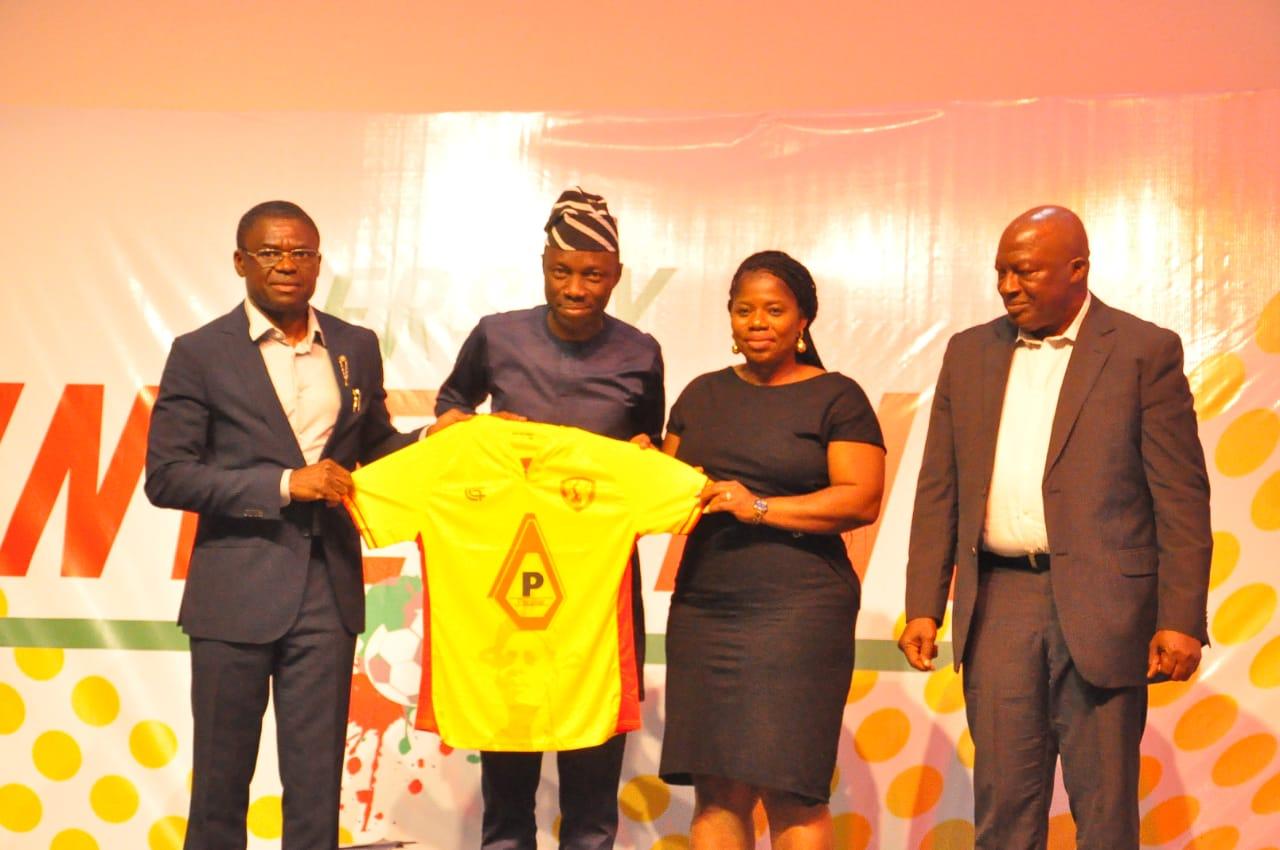 The Edo State Government says it has introduced sports as part of the curriculum in primary and secondary schools across the state as a fundamental step to cultivate young talents.

The governor of the state, Mr Godwin Obaseki who was represented by his deputy, Comrade Philip Shaibu, disclosed this at the New Festival Hall of the Government House, Benin City at a ceremony to unveil new Jerseys for the state’s football clubs, Edo Queens and Bendel Insurance.

He said the Godwin Obaseki led adminstration has been working on providing enabling environment that will ensuring the organized private sector takes over the exclusive funding of sport, particularly football as the case in other parts of the world.

The Deputy Governor told the gathering that the administration was plotting a graph that would ensure that sport funding in the state was taking over by the Private sector.

“Now our graph is at between 90-10 and 80-20, but we are working towards a situation where the graph will be 10-90, meaning that government would only be responsible for 10% of the funding and the Private sector 90% until we achieve a situation where full value of the game is maximally explored, not just as entertainment, as viable commercial and income generating tool”.

He added: “In developing sports in Edo State, we have made it part of the curriculum in our primary and secondary schools. In our public schools, we will dedicate Wednesdays for sporting activities. It will also be part of the continuous assessment in our schools. The era for sports scholarship is back to Edo State.”

The Managing Director, Peculiar Ultimate Concern Limited Company, Engr Lanre Adeleke, who alongside his wife, Barrister Adeleke was at the unveiling of the new Jersey told the gathering that the sponsorship of the women’s football club was to further establish the company’s belief that patronage of the nation’s local content would not only reduce unemployment, but would also douse youth unrest and enhance the image of the country in the international space.

Engr Adeleke believed that apart from this, “the sponsorship of a women football team by our company; which is purely Nigerian in all sense, is another major avenue to build capacity of women, show that women could do more unimaginable exploits and accelerate national development with their contributions in sport, academic and politics among others if given the opportunity”.

The Managing Director of Peculiar Ultimate Concern Limited also lauded the Edo State government under Governor Godwin Obaseki for his resolve to promote sport for development.

On his part, the Executive Director of Sterling Bank, Mr Tunde Adeola said the Bank would continue to invest in Bendel Insurance football team because the bank believed in its capacity to for quality football.