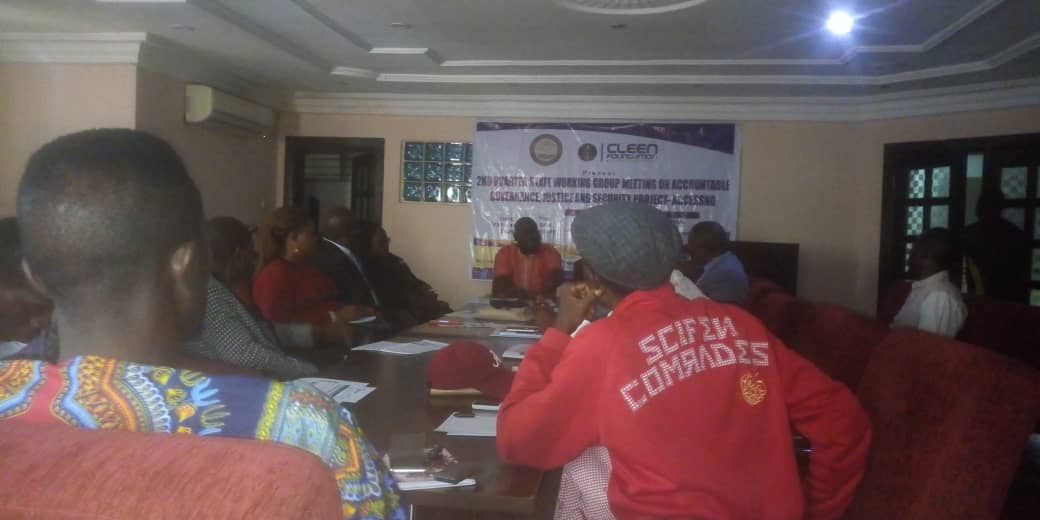 A right group, Edo Civil Society Organizations (EDOCSO) in collaboration with the CLEEN Foundation Wednesday, February 19, called on the Federal and state governments to strip the Nigeria Police of the power to prosecute suspect facing criminal trials in court to end violation of the rights of citizens.

While making the call in Benin City during their 2nd quarter state working group meeting on accountable governance, justice and security project-accessing, they said law given the Nigeria police the right to investigate, arrest and prosecute a suspect has led to the violation of the rights of citizens.

Speaking on the topic: ‘Challenges in the Implementation of Administration of Criminal Justice Law of Edo State and Way Forward’, Assistant Chief State Counsel, Ministry of Justice, Department of Public Prosecutions, Edo State, Mrs. Odihirin Justina, recommended that police should be given right to arrest and investigate and thereafter should hand to the Ministry of Justice for prosecution.

According to her, the decision of the police to take up the roles of prosecution, has led to unlawful detentions of citizens in custody.

“In Ministry of Justice today, we discovered that 70 percent of the files on our table brought in by the police are those who don’t have anything to do in detention at all.

“So, when we in the DPP discovered that, we recommended that they should be released and they were released.

“I believed that this is happening because the police want to assume the role of arrest, investigation and prosecutions.

“I suggest that their roles should be narrowed to the arrest and investigation of criminal suspect while the prosecutions should be left with the DPP”, she added.

Corroborating Julianna’s recommendations, Coordinator-General, EDOCSO, Comrade Omubude Agho, said the state law given the Nigeria police the right to investigate, arrest and prosecute a criminal suspect have led to the violation of the rights of the citizens of the state which ordinarily ought not to have been.

Agho said the duty of the police should start with the arrest and the investigation of suspect and that upon completion of their investigations, should hand them over to the Department of Public Prosecutions (DPP) for onward prosecutions.

The one-day roundtable meeting gave opportunity to stakeholders to make contributions on the urgent need for Edo State government amend the criminal law in the state so as to end unlawful detention and prosecution in the state.