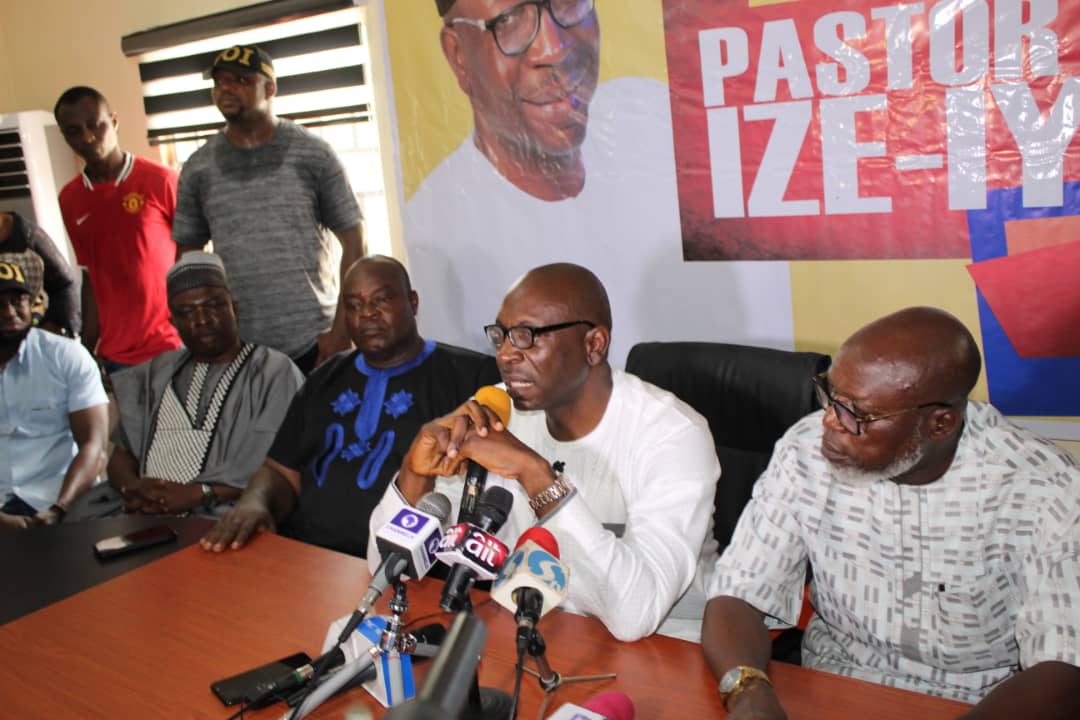 A top aspirant in the forthcoming gobernorship election in Edo State, Pastor Osagie Ize-Iyamu says he was very ashamed when he saw governor of Edo State, Mr. Godwin Obaseki dancing and celebrating a court order that Comrade Adams Oshiomhole should cease from parading himself as national chairman of the All Progressives Congress (APC).

Meanwhile, the FCT High Court ordering the suspension of Oshiomhole as national chairman of the party has been put aside by a Federal High Court sitting in Kano.

Ize-Iyamu, while briefing the press yesterday on behalf of other aspirants and their supporters in Benin said it is shameful and unimaginable Obaseki could jubilate and celebrate the suspension of an eminent son of Edo, adding that the same man God used in bringing him (Obaseki) into power he was celebrating his down fall.

READ ALSO: Oshiomhole: ‘ God Will See Me Through, My Travails Not From Edo’

The former Secretary to Edo State government recalled that Oshiomhole campaigned and did all the talk for Obaseki in the cause of his campaign when he (Obaseki) could not talk hence it’s unfortunate he could celebrate the downfall of a man who did all that to him. 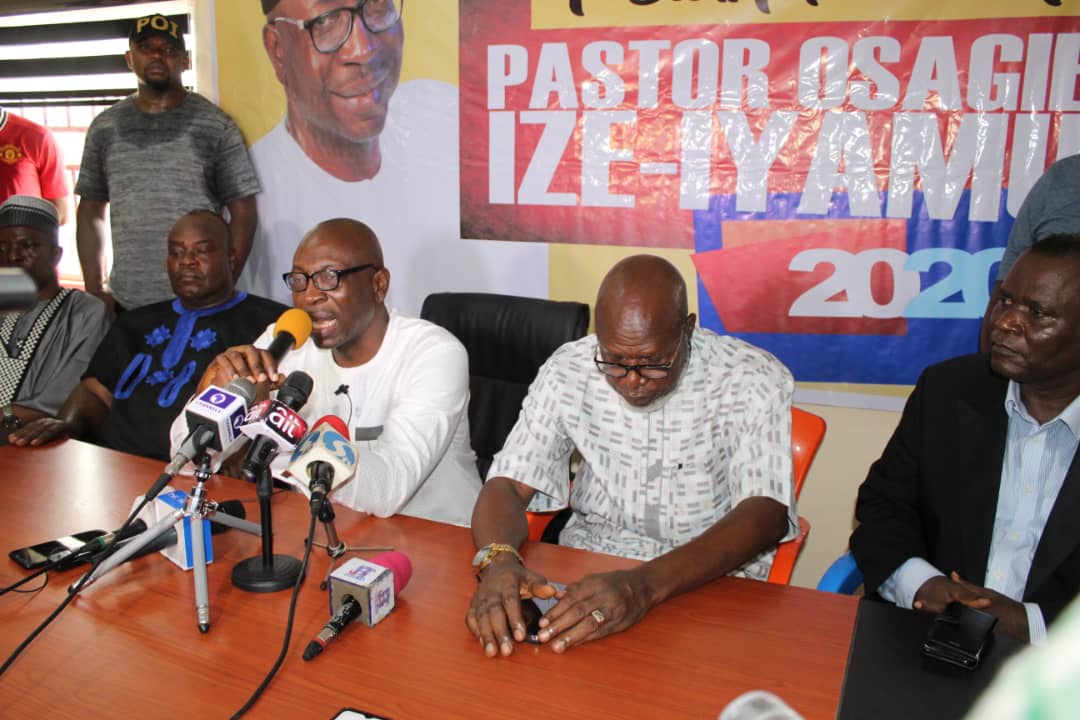 He said, “What we find very shameful is the jubilation in some quarters in Edo over the so called court order removing the national chairman. I was ashamed to see the governor of Edo State, elected under the platform of the APC rejoicing that an eminent son of Edo State, a former governor of the state, the man who God used to even put him there has been removed as national chairman.

“The man who campaigned for him (Obaseki) when he could not campaign; the man who spoke for him everywhere they went, I was ashamed to see the governor jubilating and dancing all over Benin that Adams Oshiomhole has been removed as national chairman.”

Ize-Iyamu, while recalling that the same jubilation and dancing came from the same quarters when the Niger Delta Development Commission (NDDC) board head by an eminent Edo son was disbanded, said removal of Oshiomhole as national chairman of the APC does not guarantee Obaseki second term.

“I want to ask, does the removal of Oshiomhole as national chairman guaranteed the second term of Obaseki? Of course no! So, for me it is rediculous for Obaseki to think that if the national chairman is removed it translates to automatic second term ticket for him, that is no true. It shows how shallow they are in their thinking”, he said.

For Your Press Releases, Interview Contact Us Via editor@infodailyng.com… For Your Event Coverage Call Or Chat Us On 08067027581

Oshiomhole: ‘ God Will See Me Through, My Travails Not From Edo’