There was heavy gridlock at the Mbiama-Yenagoa junction of the East-West road on Monday as youths under the umbrella of Ijaw Youth Council (IYC) world, blocked the ever busy road, protesting the appointment of Sole Administrator instead of a substantive board for the Niger Delta Development Commission (NDDC).

The protesters who gathered at the Mbiama-Yenagoa junction of the federal highway as early as 6.30 a.m. used trailer, trucks and other equipment to barricade the road.

The youths, armed with placards with various inscriptions said the appointment of sole administration will fuel crisis in the region.

The protesters, led by the spokesman of the IYC, Ebilade Ekerefe; Treasurer of the same body, Ebifoubo Timilaemi, and Chairman, Central Zone of the IYC, Ebi James, among others, accused the Minister of Niger Delta Affairs, Godswill Akpabio, of allegedly pocketing the region and playing politics with NDDC thereby undermining the region’s development for selfish gains.

Travellers were caught in the gridlock on the usually busy road spanning more than two kilometres on the Bayelsa and Rivers State stretch of the road.

Attempts by some armed soldiers and former Secretary to Bayelsa State Government, Dr. Godknows Igali, who was also caught up in the gridlock to convince the protesters to clear the blockade failed.

A coalition of Southern Nigeria Youth groups has thrown its weight behind the ongoing protest in demand for the inauguration of the Niger-Delta Development Commission, NDDC, Board.

There has been a sustained protest by Ijaw youths against the non-inauguration of the NDDC board.

Tension was added to the development with the abduction of the National President of Ijaw Youth Council, Com. Dcn. Timothy Peter Igbifa.

While condemning Igbifa’s abduction, they blamed it on “unknown assailants working for the cabals and enemies of the Ijaw nation, whose sole mission is to continually undermine the formal inauguration of the substantive board of the Niger Delta Development Commission (NDDC) by Federal Government.

“It is line with this we call on President Muhammadu Buhari to call for the immediate investigation and arrest of the abductors of Comrade Igbifa and thier fellow cohorts.

READ ALSO: No Going Back On Ultimatum Given To NDDC, Ijaw Youths Vow

“We, therefore, support the ongoing mass protests in the entire Niger Delta region and environs by the Igbifa led leadership, while alerting President Muhammadu Buhari to immediately inaugurate the NDDC Board within the next 48hours, or we resort to solidarity peaceful protests to all major oil companies’ headquarters domiciled in Lagos State and other parts of the Southern parts of the country to accede the IYC demands,” they stated.

They further stressed the need for the Federal Government, alongside all state governors to immediately engage the Nigerian youths in a National Security Dialogue Conversation, while eqaully using the medium to address other sundry issues of national importance, especially youth restiveness and unemployment, food security and economic growth, to mention a few.

“A National Youth Development Dialogue is hereby demanded to be hosted by Mr President himself alongside the Senate President and the Speaker, House of Representatives and Governors and Speakers of the 36 States of the Federation, in order to collectively proffer solutions to the issues at hand: corruption, terrorism and banditry, mass killings and kidnappings, farmer/herders crises to mention a few currently plaguing the nation.

“We appreciate the Ooni of Ife, Oba Adeyeye Enitan Ogunwusi for his Maverick role and strong advocacy for the emancipation and total inclusion of the Nigerian youths in governance structures and discuss at all levels.

READ ALSO: NDDC: IYC Issues FG Ultimatum To Inaugurate Board, Threatens To Shut Down N’Delta If…

“We commend the Southern Governors’ Forum’s efforts so far, but insist on a dialogue date with Mr President targeted at resolving all aforementioned resolutions with the Federal Government rather than the ongoing media feuds.”

The leadership of the Ijaw Youth Council (IYC) has condemned in strong terms allegation that they plot to hoist the flag of Biafra in Ijaw communities in Edo State an allegation they said was a ploy to scuttle the Western Zone election of the IYC.

Addressing a press conference in Benin City, Chairman, Electoral Commission of IYC, Western Zone, Napoleon Kenerekedi, said though the election eventually held, it was wrong for individuals to make such allegation against a group like IYC.

According to him, because of the allegation a high power security apparatus were deployed to the area where the election held.

He said: “We were given the mandate by the national leadership of IYC to conduct this election in our Ijaw clans in Edo, Ondo and Delta states. By our timetable, our election in Edo was slated for April 21. Before the election there were series of issues from an aspirant that he is not comfortable with the venue that was unanimously selected.

“He petitioned the Committee to the state government and security agencies that we are to converge in Inikorogha community to form the Biafra Republic.

“I want to say emphatically that Ijaw people have no connection with the Biafra Republic. We are Ijaw people and if there is any need for us to leave Nigeria; we have our own country that we will go to. We have no link with the Biafra Republic, so we want to inform the security agencies and Edo State government that we are not part of anything Biafra, we have no link with them.

“They should call those who wrote that petition to order and the petition should be investigated. We cannot continue to tolerate those who always want pitch Ijaw people against Edo people.”

Also an Ijaw leader, Donneby Ben while commending the security agencies who he said were professional after discovering that the allegation was false, urged the authorities to investigate the allegation.

“I was shocked to see gunboats, marine police, vehicles with military personnel at the Gelegele waterfront, this caused panic among our people. I want the authorities and all military and para-military organizations to investigate this allegation and those who wrote the petition,” he said. 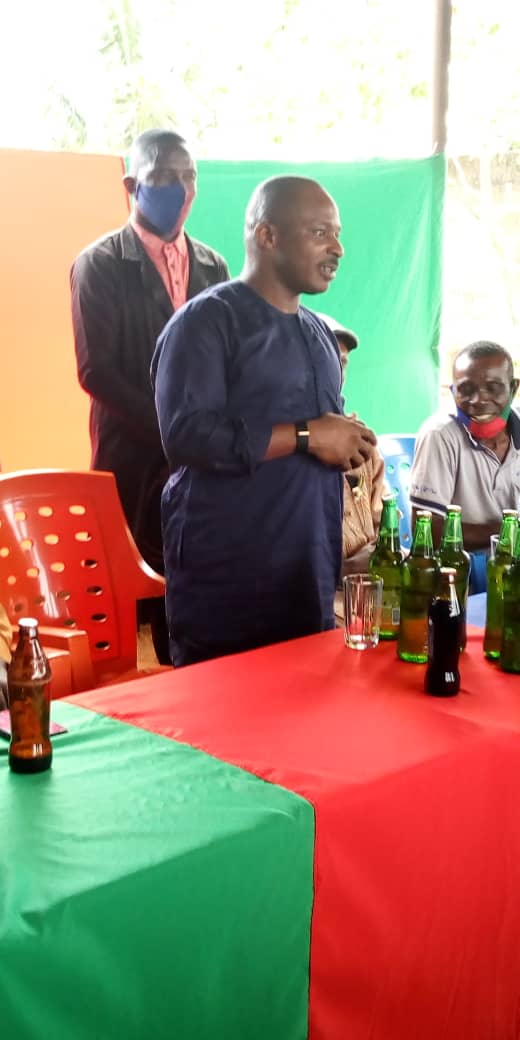 The Ijaw Youths Council (IYC) Worldwide has vowed to pursue the establishment of a regional security outfit in the New Year to police the Niger Delta region, especially the South-South geopolitical zone.

The 8th President of the IYC said, like the Amotekun in the West, it has become expedient for the Southsouth to float its security outfit.

Igbifa who listed the security challenges in the zone, especially the Ijaw-speaking communities, said the youths would mount pressure on the governors to undertake all executive and legislative processes required to evolve the outfit.

“We are not alien to the reports of infiltrations of the herdsmen and other groups in our bushes and environment. The recurrent discovery of guns and live ammunitions on the highways is a clear indication that we must be prepared at all times.

“The news of our women being raped and killed in bushes, farmers intimidated and maimed on a regular basis and travellers robbed and killed is becoming unbearable.

“We, therefore, call on all structures of the council, zonal chapters and clans to set up mechanisms to check this unfortunate security threat in our region. I and my team are seriously considering the establishment of our own regional security outfit in line with the proposal made by the governors of our region. We shall push for this outfit and impress it upon the governors to invoke the required legislative process to give it a legal backing,” he said.

Igbifa said the IYC under his leadership would push for the relocation of the headquarters of oil multinationals to the Niger Delta region in obedience to presidential directives; the passage of the Petroleum Industrial Bill (PIB) into law; practice of true federalism, stoppage of military invasion in Ijaw communities and issuance of indigenous licenses for modula refineries.

He said the IYC would hold all political holders from the region accountable and compel them to defend the common course of the Ijaw people.

“As 8th President of IYC, I urge all political office holders both at the national, regional, state and local levels to rise up and defend the cause of the Ijawland and challenge every law that has kept us as tenants even in our own homes.

“We want them to challenge the Land Use Act; the waterways laws; environmental acts, the ecological problems among others. We the IYC will collaborate to defend any of our political office holders willing to tread on the path of Ijaw”, he said.

Igbifa decried the disunity among different stakeholders in Ijawland, lamenting that if the division remained unabated, the Ijaw people would not be able to realise their common aspirations.