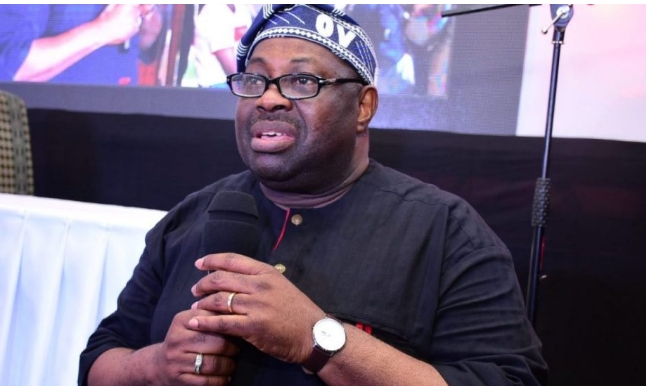 Media mogul, Dele Momodu, has disclosed that Olufemi Osibona, Managing Director of Fourscore Heights Limited (FHL) and developer of the 21-storey building that collapsed in Ikoyi, was planning to live in the building after completion.

No fewer than 36 people have been reported dead alongside Osibona.

Momodu who disclosed this in an opinion article entitled, ‘The Unsolvable Jigsaw of the Ikoyi Tragedy’, added that Osibona was an ambitious man and not the “greedy avaricious person that his traducers now suggest he is”.

According to Momodu, if Osibona made any mistakes, it was probably that he overstretched himself, but he did not cut corners as speculated.

Momodu said: “Femi was such an ambitious man, full of faith and certainly not the greedy avaricious person that his traducers now suggest he is. In Nigeria, mistakes are never excused, forgiven or forgotten. When you fail, you’re a villain and outcast. When you succeed, you’re a hero, genius and superstar.

“I’ll never give excuses for Femi. He tried but he couldn’t unfortunately deliver on the tall and tough target he set for himself. I’m pretty sure that it was not because he was cutting corners or taking risks.

“The block that fell was the onehe intended to live in. No man would be prepared to be a kamikaze pilot in such a situation.

“Out of the failing of Femi Fourscore would arise a Nigerian Neil Armstrong who will make buildings on the sea seem like strolling to the next street. That I believe is Femi Fourscore’s legacy, challenging us to believe that what may seem impossible is indeed possible.” With the 2023 general elections less than three months away, many Nigerians are in displeasure against the current administration and ruling All Progressives Congress, APC.

Some of the Nigerians, who spoke to DAILY POST on the streets of Abuja, made it clear that they do not have any personal issues with the APC presidential candidate, Bola Ahmed Tinubu but feel betrayed by the party, President Buhari, and his administration

The APC and Muhammadu Buhari came into governance in 2015 with a lot of mouth-watering campaign promises to Nigerians. These promises made by Buhari and his party include: Public declaration of his assets and liabilities, state and community policing, revival of Ajaokuta steel company, creation of employment scheme to employ over 740,000 graduates, creation of three million jobs per year, 720,000 jobs by the states in the federation per annum, national gender policy implementation, ban on medical tourism for all government officials, payment of allowances to unemployed youths, among others.

Others are free education at primary, secondary and students of science, technology, engineering and mathematics, ECOWAS currency by 2020, eradication of state of origin, replacing that with state of residence to ensure Nigerians are Nigerians first, before anything else.

They also said they were going to stop all political office holders from earning more than their salaries and emoluments determined and approved by the Revenue Mobilization and Fiscal Commission, RMFAC, among other huge campaign promises as contained in the party’s policy document.

However, the citizens feel that the last seven years have witnessed failed promises.

Under the APC’s administration controlled by Buhari, the citizens have found life very difficult as once very affordable commodities have turned gold and beyond the reach of the common man.

Crayfish, garri, cooking gas, vegetables and castor oil to bitter leaf, the prices are almost 100 per cent up; some are actually above 100 per cent over the last seven years.

Automobiles, electrical appliances, transportation, motorparts, building materials and other household appliances are now beyond the reach of the ordinary people.

So, most Nigerians insist that the Buhari administration set the country backwards.

“For me, the only problem I have with the APC presidential candidate is that he was among the people that brought us into this mess. After all, we can see everything he did as the Governor of Lagos State. His human and physical structures. Had it been that this administration did well, he wouldn’t have had much problem taking over from Buhari. But now Nigerians are thinking ‘how do we travel this road again?’ Let’s not pretend, this administration has weakened the people, especially with hunger and starvation,” Joel Agbo told DAILY POST in Wuse, Abuja.

Another Abuja resident, Chigozie Onyekwere, said, “Things have become ten times harder than they were before Buhari took over government in 2015. No one needs to be told. It has affected everyone, even those who used to think they were rich. It’s a difficulty period for Nigerians and we can only pray for something better in 2023. Is it food, house, transport or what have you?

“People are suffering. From 2015 when Buhari became President, even our security has totally collapsed. Do you know the number of Nigerians that have died of hardship, hunger and insecurity? So if you ask me, my problem with Tinubu is that he is a member of APC and brought Buhari to power and APC has failed Nigerians. It’s left for him to convince Nigerians to still trust him despite the current situation of the country.”

“The APC has totally failed Nigerians in the past seven years. For me, there’s absolutely nothing good to point to in this government. Is it the constant fuel scarcity? These days Nigerians are beginning to see fuel scarcity as a way of life. No one complains or protests anymore. Abnormal things became normal under this administration.

“Now, let me ask you, when was the last time you heard from Buhari? We no longer know when he’s around or travelled out for medical tourism. The people are helpless, that’s why most Nigerians, those of us who like this country, want a change in 2023. Now to answer your question, I don’t have any issue with Tinubu. If a person says he’s strong and capable [health wise] to lead a country like Nigeria, I don’t think anyone has the right to question him. But we all know that APC has not helped him in any way.

“The current government wasn’t people-oriented. So Tinubu has to work. He has to convince Nigerians of his capabilities to drive the country out of this mud. As you can see, Buhari has conducted the worst government in the history of this country. Now, how are they succeeding in marketing themselves to Nigerians? I don’t know,” Yusuf Dankwairo asked.
DAILY POST 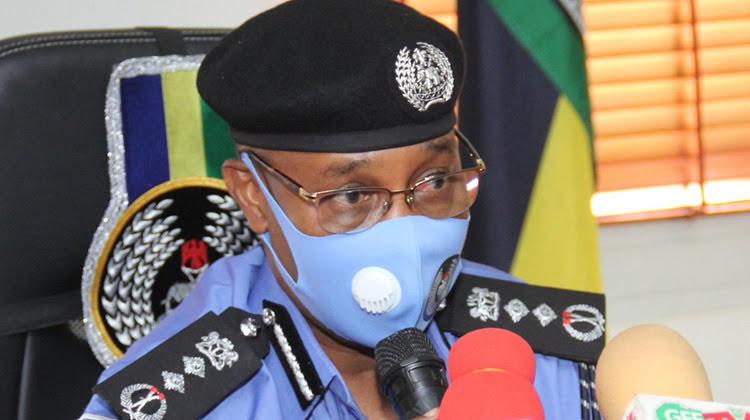 The Federal High Court sitting in Abuja, on Tuesday, sentenced the Inspector-General of Police, Usman Alkali Baba to three months in prison for disobeying a valid court order.

The court, in a ruling that was delivered by Justice M. O. Olajuwon, held that the IGP should be committed to prison and detained in custody for a period of three months, or until he obeys an order it made since October 21, 2011.

“If at the end of the three months, the contemnor remains recalcitrant and still refuses to purge his contempt, he shall be committed for another period and until he purges his contempt”, the court held.

The IGP’s committal followed a suit that was filed by a police officer, Mr. Patrick Okoli, who was unlawfully and compulsorily retired from the Nigerian Police Force.

Justice Olajuwon noted that though the Police Service Commission, PSC, recommended Okoli’s reinstatement into the Police, a decision that was affirmed by the court, the IGP, refused to comply with the order.

The court had also ordered the payment of N10million to the Applicant, being special and general damages for the unlawful, illegal and unconstitutional denial of his rights and privileges as a Senior Officer of the Nigeria Police Force from 1993 till date. The former governor also approved the appointment of 30 permanent secretaries into the various ministries.

However, Adeleke in statement signed by his spokesperson, Olawale Rasheed about 24 hours after inauguration, announced that the thrones of Akirun of Akirun, Aree of Iree and Owa of Igbajo remain unoccupied pending the outcome of a Committee of Inquiry to review their appointments and subsequent installations.

According to the statement, the six Executive Orders issued by the governor which borders on reversal of monarchs appointments, appointment and placement of civil servants, employment and freezing of government accounts have been signed this morning and take immediate effect.

“All appointments of traditional rulers made by Osun State Government after 17th July, 2022, are hereby ordered to be reviewed to ensure there was strict compliance with due process of chieftaincy declarations and native law, custom and tradition relating to such chieftaincies. In the case of Ikirun, Iree and Igbajo, to avoid further breakdown of law and order, the appointments of Akinrun of Ikinrun, Aree of Ire and Owa of Igbajo are hereby put on hold pending review. Subsequently, the palaces of Akinrun of Ikirun, Aree of Iree and Owa of Igbajo should remain unoccupied, while security agencies are hereby ordered to take charge.

“All employments in the service of Osun State Government made in any capacity into any capacity in all the Ministries, Departments, Agencies, Commissions , Boards and Parastatals after July 17th, 2022 be and are hereby nullified”, he said.

The Governor, according to the statement, also ordered the reversal of appointments into civil service and directed head of government agencies to embark on staff audit immediately.

“All Heads of Ministries, Departments, Agencies, Commissions, Boards and Parastatals of Osun State Government are hereby directed to carry out an immediate staff audit of the actual number of government workers in their various Ministries, Departments, Agencies, Commissions, Boards and Parastatals, as at 17th July, 2022, and should file a report to the Office of the Chief of Staff to the Governor stating the full details and position/designation of each of the staff on the forwarded list , within 7 working days from the date of this Executive order using the attached Oath of Fidelity Template.

“All appointments in the service of Osun State Government made in any capacity into any capacity in all the Ministries, Departments, Agencies, Commissions, Boards and Parastatals after 17th July, 2022 be and are hereby reversed”, the statement reads.

“This suspension is sequel to several petitions bothering on financial impropriety, dereliction of duty, absenteeism and abuse of office against the said Chairman and members of the Commission.