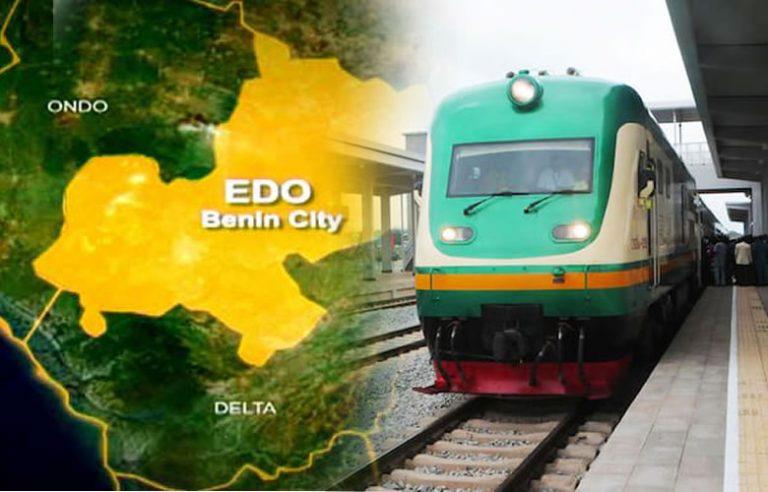 The Nigeria Railway Corporation on Sunday announced the closure of Ekehen Station in Edo State till further notice.

The incident came barely one year after the March 28, 2022 attack by bandits on the Abuja-Kaduna train, resulting in the death of about 14 passengers while 65 others were abducted.

One of the victims and 21-year-old student of Kaduna State University, Lois Azurfa John, told our correspondent why she declined marriage proposals by the Boko Haram commander while in the custody of the insurgents.

A public announcement by the NRC posted on the passengers’ WhatsApp Group obtained by our correspondent said the closure was “till further notice.”

The statement reads, “Public Announcement: This is to inform our general public and most especially our esteemed passengers, that Ekehen Station has been temporarily closed due to security issues, till further notice.”

Another notice reads, “Due to the incident at Ekehen station on Saturday, WITS 01/ 02 will no longer stop at Ekehen Station. Please advise our customers.”

Recall that Gunmen suspected to be herdsmen on Saturday evening abducted many passengers waiting to board a train from the Igueben station in Igueben Local Government Area of Edo State to Warri in Delta State, while many others sustained injuries.

The Spokesperson for Edo State Police Command, Chidi Nwabuzor, confirmed the incident in a statement.

According to him, the abductors, armed with AK 47, invaded the train station and shot sporadically into the air before abducting scores of intending travellers into the bush.

Related Topics:TrainTrain station attack
Up Next

Private Jet: What I did When EFCC Probed Me – Pastor Adeboye 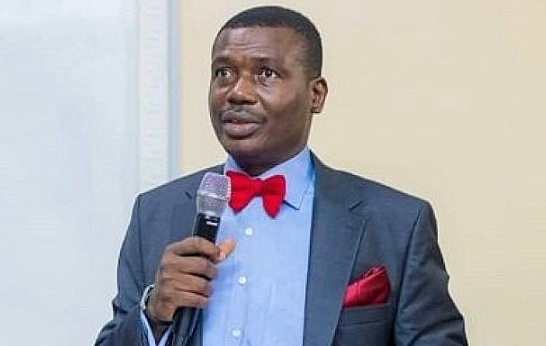 Human rights activist, Ebun-Olu Adegboruwa on Saturday raised an alarm over attempts on his life.

The lawyer said he’s been targeted for his convictions, advocacies and actions regarding the campaign for good governance, rule of law and accountability.

In a statement, the Senior Advocate of Nigeria (SAN) stressed that he does not belong to a political party and has no affiliations.

Adegboruwa said he only deploys his professional experience, knowledge and services to campaign for a better society, where justice and peace shall reign.

“This should not warrant any threat to my life, either from politicians or from the government. Power belongs to God. No human life should be worth the political ambition of anyone.

“This notice is to all Nigerians, the international community, my family, friends, colleagues and fellow patriots that my life is under serious threat.”

The activist added that the government and the security agencies should be held accountable should anything happen to him.

On the 2023 elections, Adegboruwa said any candidate that citizens consider worthy of their votes in free, fair and credible elections “will also be my leader”.

Reiterating that he does not support or oppose anyone, the SAN vowed to continue the “revolutionary struggles” he is trained and known. 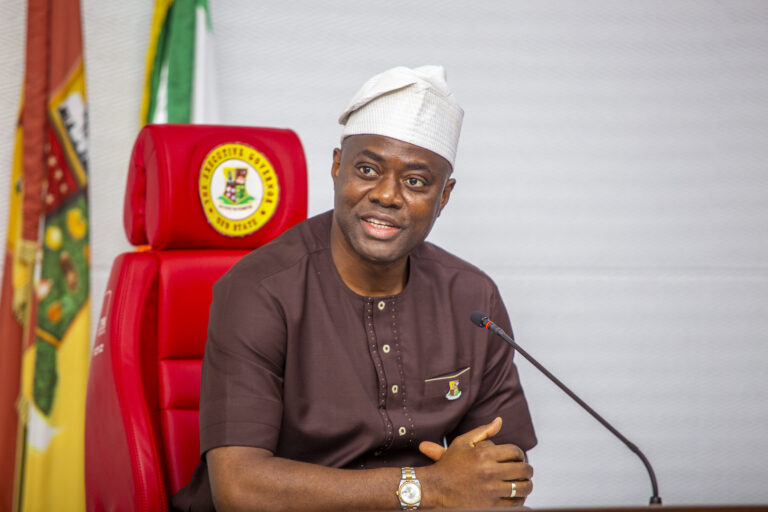 The Oyo State Governor, Seyi Makinde, on Friday night, announced the deployment of free ‘Omituntun’ transport buses to cushion the effect of the fuel scarcity and naira crises in the country on residents of the state.

Makinde announced this in a state-wide broadcast aired on the state-owned radio service, the Broadcasting Corporation of Oyo State.

The governor, who frowned upon the violent protests that erupted in the state earlier on Friday, said his government was ready to do whatever was needed to ease the pain of the people.

He, however, urged residents of the state to express their grievances peacefully, adding that his government would not condone the breakdown of law and order.

A statement by the Chief Press Secretary to the governor, Taiwo Adisa, noted that Makinde also put security agencies in the state on high alert to avert any breakdown of law and order, according to a report by The Eagle Online.

According to the governor, the Omituntun Mass Transit Buses will be deployed to more routes within the state to convey resident free-of-charge in order to ameliorate the suffering of the people.

The governor also said he was working with the chairmen of local governments in the state to provide immediate palliatives for the vulnerable people in order to alleviate the hardships that the crises had brought upon them.

In the broadcast, Makinde said, “My Dear Good People of Oyo State.

“I am addressing you today because of the prevailing conditions in our state and country that have led to protests and riots, especially in Ibadan.

“First, let me say that I understand the need for these protests. When citizens get pushed to the wall, there is only so much that they can take.

“The continuous fuel scarcity and the scarcity of the naira have led to slow economic activities. I must repeat, I understand, and I feel your pain.

“I have always maintained that peaceful protests are fine. When things are not going how we want them to go, we have a right and even a responsibility to protest.

“Let me also state that while we are protesting, we must we must remember how easily a peaceful protest can turn violent and lead to the loss of lives and property. The violence that erupted in parts of Ibadan today (Friday) is condemnable and will not be tolerated.

“In response to this, I have suspended all campaign activities forthwith. I have also met with the heads of security agencies in Oyo State to restore calm and maintain the peace in our dear state.

“Violence cannot and will not solve our problems, it only creates new ones. We have another opportunity in a few weeks to move this country in a new direction. Use your PVC, not violence.

“We must not allow elements within us who have other motives to take advantage of peaceful protests to perpetrate evil or push their agendas.

“As a palliative measure, I have directed that the Omituntun Mass Transit Buses should be deployed to more routes within the state for free.

“We are also working with Local Government Chairmen to see what immediate palliatives we can make available to the most vulnerable amongst us to alleviate the hardships that the twin scarcity of fuel and the naira have brought upon our people.

“Once again, we have another opportunity to put an end to oppressive systems and that is through the ballot. For now, I urge everyone to remain calm as we are doing our best to mitigate the hardships.” 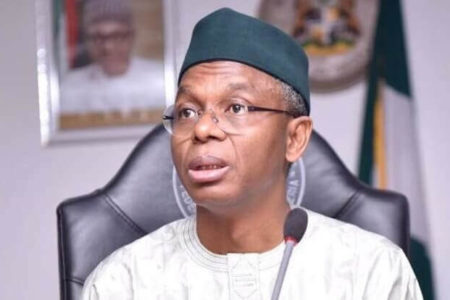 The Kaduna State Governor, Nasir el-Rufai, has been firing from all cylinders, claiming some unnamed persons in Aso Villa were working against the All Progressives Congress’ victory during the presidential election.

The PUNCH reports that the governor on Thursday claimed that the said people were inciting voters against the APC.

Below are seven of his salvos:

1. Saboteurs will be unmasked, defeated

“Unmasking them is not as joyful as defeating them. They will be unmasked in time. But we have defeated them when they wanted their own people in the national working committee of the party.

“We have defeated them when they wanted their own anointed person to be the presidential candidate without due regard, due process or respect for those of us that are governors, that have slaved to put this party together, campaigned for it and delivered the election twice. We didn’t matter.’’

“Meanwhile, none of them has contested an election as a councillor, and if they did, they won’t win. I have been elected twice with over a million votes in Kaduna State. I can claim to speak for the people.

‘’None of these people can. We will come to the unmasking stage, this is not the stage. The stage now is to draw the attention of Nigerians that they are elements that are doing this and they don’t mean well for our party, they want to incite voters against our party, so that we lose the elections.’’

“Once Nigerians know that they will know where some of these funny decisions are coming from and when the election is done and settled by the grace of God in about three weeks, and I’m confident, we are not sleeping.

“We are going to work hard until (February) 27th when all the election results are out and by the grace of God, Asiwaju (Tinubu) is elected and other candidates of the APC; then we will unmask them.

“This has been an ongoing issue and we just feel that some of these things that are being thought of and clothed with good intentions, and dummies being sold to the President so that the electorate will be incited; the people of Nigeria will be inflicted needless pain at the point in addition to all the other challenges that they are facing just so that they will revolt and say, look, we will vote for the other party. It is clear.’’

“Even the Central Bank Act that gives the President the power to issue to the Central Bank directives with regard to currency redesign says that reasonable time must be given before the currency ceases to be legal tender.’’

“The question is: Is a few weeks a reasonable time in a country of one million square kilometres and over 200m people? How many bank branches are in Nigeria? How many ATMs?

“But this week, because of a mere extension of 10 days, he’s (Atiku) turning round to say don’t extend; it means there is something. He’s clearly benefiting from this pain Nigerians are going through every day till today.

“I have reports that people in Kaduna cannot buy food and they cannot sell because there are no currency notes around. But the presidential candidate of the PDP is saying don’t extend because he’s gaining from it. The incitement of people against the APC is in his view to his advantage and this incitement is stronger in northern Nigeria where Atiku is to benefit from,’’ he submitted.
PUNCH