It was gathered that the incident occurred on Monday morning when the vehicle conveying petroleum product went into flame in the area.

An eyewitness, Godfrey Idede who spoke with DAILY POST correspondent said the number of deaths could not be ascertained at that moment. 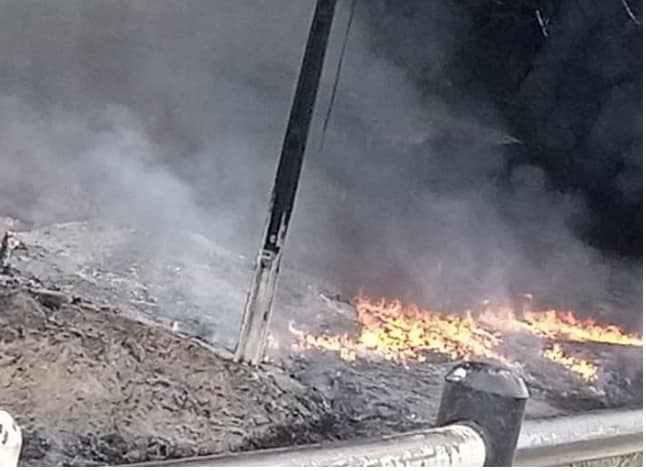 He revealed that the incident led to panic in the area as economic activities came to an abrupt halt.

However, the Corps Commander of the Federal Road Safety Commission (FRSC) in Benue State, Yakubu Mohammed, while confirming the incident to newsmen, said only three persons were killed.

Mohammed who attributed the unfortunate incident to brake failure said aside from the three victims, no other person sustained injury. 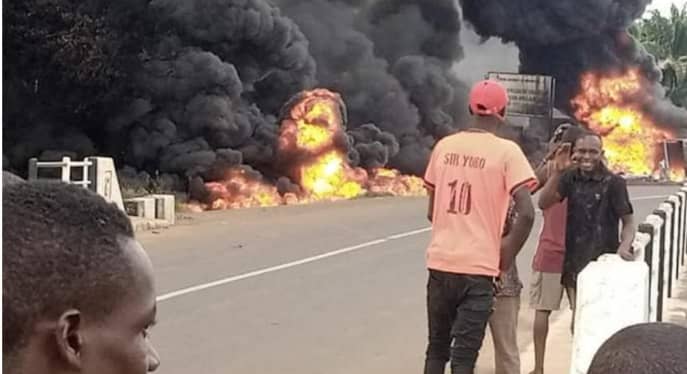 He stated that the fire was put out after some hours, noting that there was no Fire Service stationed close to the scene of the incident.

Personnel of the Federal Roads Safety Commission (FRSC) were on Saturday saved from death when their Toyota Hilux patrol van with registration number AI586RS rammed into by a Tino trailer...

Details On How Masquerades Killed One, Injured 14 In Osun Mosque Emerge

Years After Meeting On Ultimate Search, Contestants Get Married

Abaribe Offers Self As Surety For Nnamdi Kanu