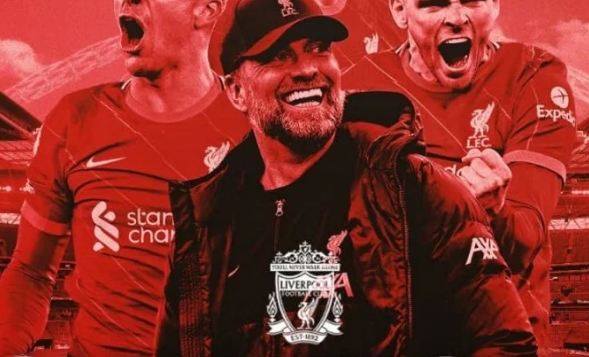 Liverpool held their nerve to win the FA Cup for the first time since 2006 after a dramatic penalty shoot-out against Chelsea as the quadruple chasers kept their history bid alive on Saturday.

Jurgen Klopp’s side won 6-5 on penalties at Wembley as Greek defender Kostas Tsimikas was the unlikely hero with the decisive kick after Alisson Becker kept out Mason Mount’s effort.

A hard-fought final had finished a 0-0 draw after extra-time, setting the stage for a nerve-jangling shoot-out that featured misses by Chelsea’s Cesar Azpilicueta and Sadio Mane, whose shot was saved by Edouard Mendy when he had a chance to clinch the trophy.

For the second time this season, Liverpool emerged victorious against Chelsea on penalties, having already beaten them 11-10 following another 0-0 draw in the League Cup final in February.

Liverpool’s triumph keeps them in the hunt to become the first English team to win all four major trophies in a single season.

With two prizes already secured, the Reds will hope for a slip from Premier League leaders Manchester City, who are three points clear of them in the title race with two games left for both teams.

Even if Liverpool are unable to win a second English title in three seasons, they could still cap an astonishing campaign by winning the Champions League final against Real Madrid in Paris on May 28.

With that ambition in mind, Klopp’s only concern as he danced jubilantly in front of the Liverpool supporters amid a swirling mist of red flare smoke was whether his team will be at full strength against Real.

Liverpool lost Mohamed Salah and Virgil van Dijk to injuries that could rule them out of their last two Premier League games next week and will spark fears about their ability to recover in time for the Champions League final.

For Chelsea, it was a painful third successive FA Cup final defeat after previous losses to Leicester and Arsenal.

Liverpool made a blistering start as they swarmed forward in a blur of swift passes and relentless pressing.

Diaz should have put Liverpool ahead after accelerating onto a sublime pass from Trent Alexander-Arnold, who caressed the ball through Chelsea’s defence with the outside of his boot.

Diaz’s tame shot was saved by Mendy, but the ball was still rolling towards goal until Trevoh Chalobah scrambled back to hack clear at the last moment.

With Tuchel gesticulating furiously on the touchline, Chelsea dug in and finally turned back the red tide.

Pulisic carried the fight to Liverpool again moments later, slipping his pass to Alonso, who should have scored but took a poor first touch and scuffed his shot straight at Alisson Becker.

Diogo Jota wasted a golden chance to give Liverpool the lead soon after his introduction as Salah’s replacement, the Portugal forward volleying over from Andrew Robertson’s cross.

Chelsea were on the offensive after the interval and Pulisic’s strike was well saved by Alisson before Alonso’s free-kick cannoned off the bar.

But Klopp’s self-proclaimed “mentality monsters” haven’t come this close to a quadruple without remarkable fortitude.

They wrestled back the momentum and Diaz clipped the outside of the post before Robertson volleyed against the woodwork.

In the spring heat, and with both teams having played at least 60 games in a marathon season, it was no surprise fatigue became a factor in a tame extra period that never looked like producing a winner.

Tuchel had sent on his penalty-saving specialist keeper Kepa Arrizabalaga ahead of the League Cup final shoot-out in a move that backfired.

Tuchel stuck with Mendy this time, but the result was still the same.

Klopp admitted Liverpool’s remarkable season would be a disappointment if they only finished with the League Cup, but he no longer has to worry about that.

Advertisement
Related Topics:#LiverpoolChelseaFA final
Up Next

FA Cup: What I Told My Players After 6-5 Shootout Defeat To Liverpool – Chelsea Boss

EPL: Werner Reveals Effect Of Abramovich Sanctions On Chelsea As Boehly Takes Over 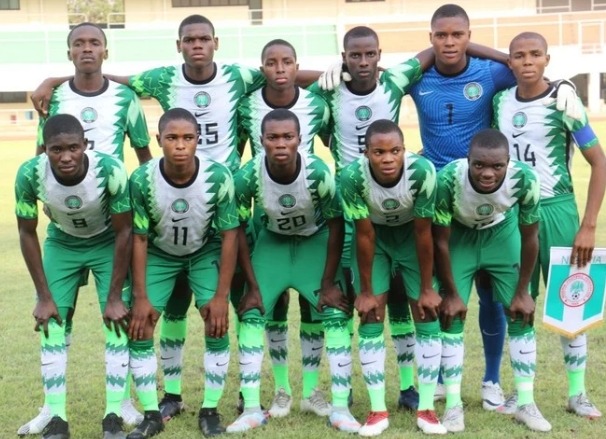 Few weeks after claiming the WAFU B U-20 Championship, Nigeria again won the U-17 title in the region, as five-time world champions Golden Eaglets edged the Young Stallions of Burkina Faso 2-1 in Saturday’s final at the Cape Coast Stadium in Ghana.

Forward Abubakar Abdullahi had threatened the Burkinabe rear as early as the 8th minute when his low drive streamed away from goal, but in the 22nd minute, he rose highest in the box to powerfully nod Emmanuel Michael’s perfect delivery into the net for Nigeria’s first goal.

In the 34th minute, Abdullahi missed a golden opportunity to make it two for himself and for Nigeria, but he flulled his lines, allowing the Stallions a respite.

The miss would knock hard seven minutes later, when Abdulramane Ouedraogo, also with a header, equalized for Burkina Faso.

Two minutes into the second half, Abdullahi got his second and Nigeria’s second, taking the Golden Eaglets to a 2-1 lead. However, 12 minutes later, he should have made it a hat-trick and Nigeria’s third but he lost the opportunity.

That loss could once more have proved costly, as the Stallions broke forward, only to see Nigeria goalkeeper Richard Odoh come up with a magnificent save.

In the 67th minute, Ebube Okeke rocked the crossbar from 25 yards, but there were to be no more goals and Nigeria collected a second regional diadem at youth level five weeks after the U20 boys defeated neighbours Benin Republic in the final to win the WAFU B competition in Niger Republic.

Nigeria goalkeeper Richard Odoh was selected the Man-of-the-Match. His compatriot Emmanuel Michael won the prize in all three previous matches against Ghana, Togo and Cote d’Ivoire. 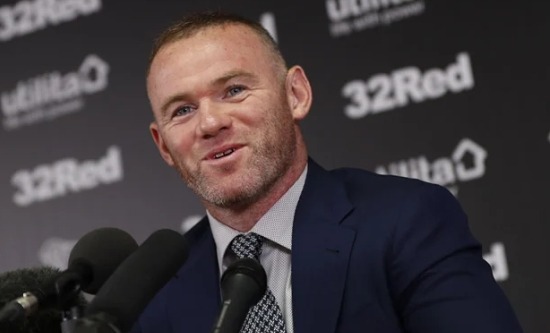 Former Manchester United and England star Wayne Rooney has resigned as manager of troubled Derby as the club prepare for their first season in the third tier for 36 years.

Rooney was unable to keep Derby in the Championship last season after the crisis-torn club were hit by a 21-point deduction as punishment for financial issues.

In his first managerial role, Rooney impressively kept Derby in contention to avoid relegation into the final weeks of the season.

That valiant effort had suggested the 36-year-old would be able to lead Derby to promotion from League One next season.

But with Derby remaining in administration throughout a turbulent close-season, Rooney has opted to quit the Rams with the new campaign starting on July 30.

“Wayne Rooney has today informed Derby County Football Club that he wishes to be relieved of his duties as first team manager with immediate effect,” a club statement said.

Rooney, Manchester United and England’s all-time leading scorer, took charge at Derby in 2020 and had a year to run on his contract.

The former England captain was linked with an emotional return to Everton as manager last season after earning widespread praise for his work at Derby.

“Over the course of the summer I have been closely following developments regarding the ownership of Derby County,” he said.

“Today I met with the administrators to inform them of my decision that it was time for me to leave the club. In fairness to them, they tried tremendously hard to change my decision but my mind was made up.

“My time at the club has been a rollercoaster of emotions, both highs and lows, but I have to say that I have enjoyed the challenge.”

But the sale of Pride Park to a local property developer David Clowes, who hopes to complete a takeover, has eased concerns that the club could go bust.

Regardless of the potential for new ownership, Rooney felt Derby would benefit from the new energy of a manager not worn down by the relentless negativity surrounding the club.

“Personally, I feel the club now needs to be led by someone with fresh energy and not affected by the events that have happened over the last 18 months,” he said.

“I will remember my time at Derby with great pride and affection and would like to thank all my staff, players and of course the fans for their incredible support.

“I will never forget you and hope to see you all again in the near future and in happier times.”

This was announced on Thursday by the Permanent Secretary, Federal Ministry of Youth and Sports Development, Ismaila Abubakar, at a press briefing in Abuja.

According to him, the approval was granted following a letter of appeal dated June 17, 2022, which was signed by Musa Kida, leader of the Nigeria Basketball Federation board, and addressed to the Minister of Youth and Sports Development, Sunday Dare.

Abubakar said, “The letter appealed to the Minister to use his good offices to approach President Buhari for the reversal of the 2-year withdrawal of Nigeria from international basketball competitions.

“The Appeal letter also critically gave some key undertakings: to immediately set in motion the process of status review or constitutional amendments from stakeholders as collated by the Ministry of Youth and Sports Development, to set up a high-powered team to reconcile all contending parties in the basketball family at home and abroad, and a commitment to work with the Ministry in the governance and development of basketball among other things.

“Flowing from the above and upon a review, the Federal Ministry of Youth and Sports Development approached and placed these developments before President Muhammadu Buhari being one that is committed to youth development and desirous of ensuring that they are availed of all opportunities in sports and other endeavors considered the appeal and in the overriding spirit of national interest, love for our youth, and in order to avoid sending basket development into a long period of suspension when NBBF have now committed to the resolution of the issues which precipitated the withdrawal in the first place has approved the return of Nigeria to international basketball immediately.”

Furthermore, Abubakar said despite the approval, the stakeholders were warned to ensure that the country’s law are not subjugated to any other law.

“Failure to do this, as with any constitutionally bound sovereign nation, will attract sanctions. There was first a country before any organization or federation that bears the Nigerian name, colours and flag us representing Nigeria.

“Secondly, that all those that lead government organizations and in this case our federations, hold such positions in trust for the Government and people of Nigeria under the direct supervision of the Minister of Youth and Sports,” he said.