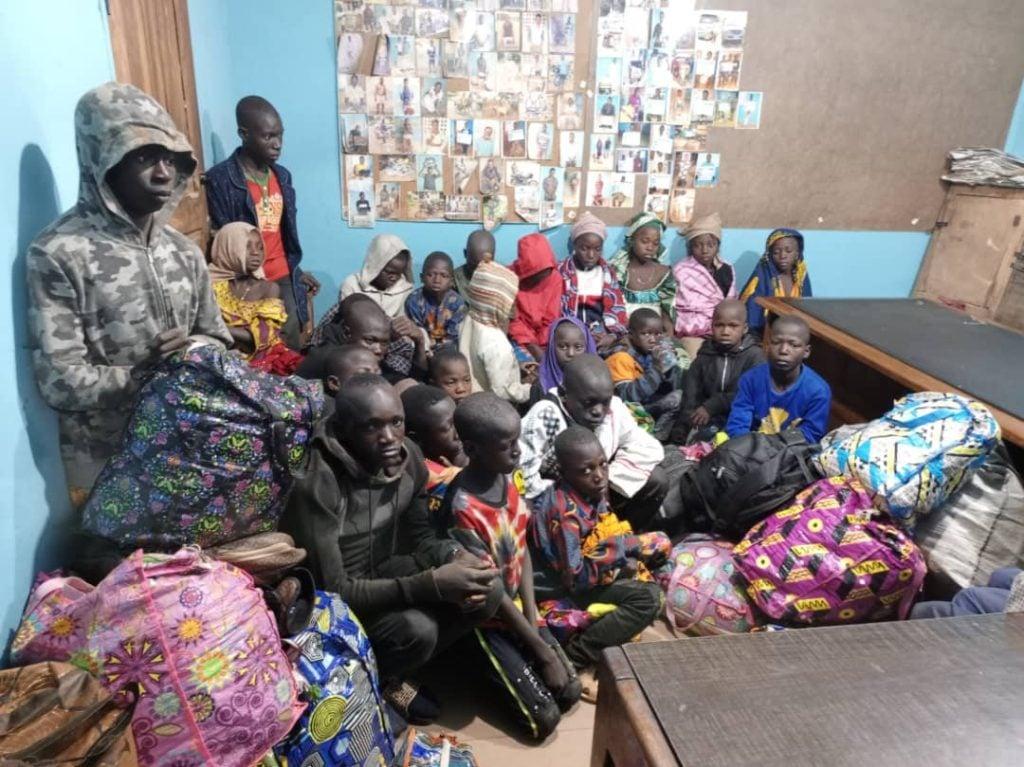 They were allegedly arrested with 41 young boys and girls comprising 22 boys and 19 girls within the age range of five and 15 years.

They were intercepted while waiting for a vehicle that was billed to convey them to their destination in Ilorin, according to a statement by the spokesman of the state police command, SP Okasanmi Ajayi in Ilorin on Saturday.

Okasanmi disclosed that “on January 14, 2023, at 0400 hours along the Okolowo expressway, a detachment of policemen on special security assignment intercepted the trio of Musa Ayuba, 44, Jeremiah Muda, 35, and Luka Ayuba, 37, all of Bangi village via Kotongura, Niger State, with 41 young boys and girls (22 boys and 19 girls) with their age ranges between five and fifteen years, while waiting for a lorry that was to convey them to their destination in Ilorin.

“The suspects, while undergoing interrogation, claimed to be coming from Niger State to Ilorin to meet a certain pastor to enroll the children in a yet-to-be-determined school, the claim that looked spurious would be discreetly investigated, as it is highly suspected to be a case of child trafficking.

“The children are presently in the custody of the police command, while efforts to contact the state Ministry of Women’s Affairs, while Investigation and contact with the children’s parents and guardians are ongoing,” the statement added.

The state Commissioner of Police, Paul Odama, advised parents and guardians to avoid releasing their children to unknown or deceitful child traffickers, as the children might be used as house helps and other despicable endeavours, which is against the child rights laws.

The spokesman said the suspects arrested in the case would be charged to court after a thorough investigation.