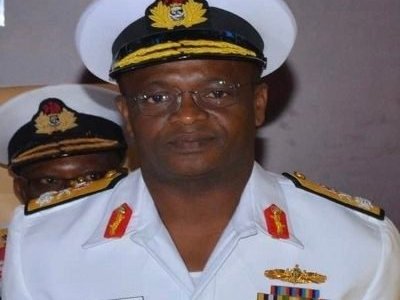 The Chief of Naval Staff, Vice-Admiral Awwal Gambo, has said that the current security threats in the country are of serious concern to Nigerians.

He noted that the “criminal activities in our maritime environment are directed at the economic lifeline of Nigeria.”

He added that “the scourge of illegalities such as sea robbery, piracy, crude oil theft, poaching, human and illicit trafficking of weapons and drugs among others constitute serious challenges to the development of the country and the region at large.”

Gambo who spoke during the 2021 Chief of Naval Staff Annual conference held at the Coronation Hall, Kano, lamented that the maritime threats have become of major concern and are evolving and challenging the combat capability of the Nigerian Navy and other stakeholders.

He said: “Looking at the recent happening, especially, the one posed by the global pandemic leading to economic challenges, it is clear that one of the major implications of the emerging security situation is the increased demand for effective collaboration in maritime policing.

“The present situation calls for constant reappraisal, greater collaboration as well as inter-agency cooperation within stakeholders.

“It is against this backdrop that the theme of this conference ‘Enhancing Nigeria’s Maritime Security for Improved National Prosperity’ was conceptualised. The objective of the conference, therefore, is to elicit proper understanding and develop strategies that will enhance our collective effort to meet present and emerging maritime challenges in our strategic environment.”

Earlier, Governor Abdullahi Ganduje said the “significance of the conference can best be appropriated through recognising the nexus that exists between having a secure maritime domain and socio-economic development of the nation.”

According to him, “The common impact of maritime insecurity on the economic livelihood, prosperity, peace and stability of Nigeria both within and immediate environment brings to fore the initiation of various collective response and intervention at national and stakeholders levels to tackle.”

He noted that the aforementioned maritime crimes hinder the ability of the country to effectively explore and manage the resources and opportunities contained therein for its own economic livelihood, prosperity, peace and stability as well as for the benefits of neighbouring countries.

Advertisement
Post Views: 170
Related Topics:Chief of Naval StaffInsecurityMaritimeSecurity
Up Next

God Angry With Nigeria, We May Not Get Right Leaders – Clergy 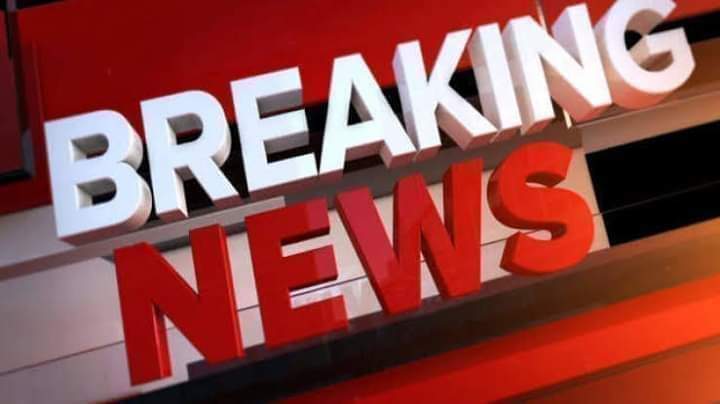 No fewer than seven persons have been killed over allegations of witchcraft at Dasin Bwate village in Fufore Local Government Area of Adamawa State.

The state police command confirmed the development to newsmen on Wednesday in Yola.

Police Public Relations Officer in the state, DSP Sulaiman Nguroje, said that the incident occurred on Tuesday, adding that an investigation team had been deployed to the village.

“The police have deployed an investigation team into the village,’’ Nguroje said.

He, however, said that when the team arrived at the village on Wednesday morning, the residents, including the village head, had deserted the community.

Nguroje said the team found the seven unidentified corpses in one of the houses in the village.

According to him, no arrest has been made so far.

“We are calling on the neighboring villages to assist the police with useful information on the whereabouts of the residents of Dasin Bwate,’’ Nguroje pleaded.

God Angry With Nigeria, We May Not Get Right Leaders – Clergy 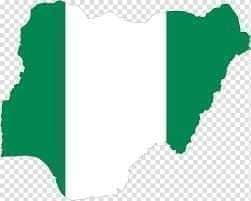 The leader Of INRI Evangelical Spiritual Church, Primate Elijah Ayodele, on Tuesday said God is angry with Nigeria due to the injustice in the judiciary system.

Primate Ayodele, who blamed the judiciary system for some of the wrongs currently experienced in Nigeria, said the country may never get the right leaders.

He said Nigeria would continue to deteriorate due to the alleged injustice by the judiciary.

The clergyman said the judiciary system has given power to the wrong people because Nigeria has adopted the politics of money.

In a statement by his Media Office, the clergyman explained that Nigeria is experiencing hard times due to injustice across the nation.

Citing examples, Primate Ayodele referred to the Imo State Supreme Court judgment that made Hope Uzodinma governor of the state despite coming fourth in the election.

Also, on the Okigwe Senatorial Election that was held last year, which saw no one declared winner until later this year, Primate Ayodele explained that the rightful winner of the election was the candidate of the PDP, Emmanuel Okewulonu, because the ruling party had no candidate and the one who has been declared as the candidate has confirmed certificate scandal but the judiciary preferred giving victory to the ruling party due to politics of money.

Furthermore, he urged Nigerians and the judiciary to desist from engaging in politics of money if the country must move forward.

He said: “Unless we stop the politics of money in Nigeria, the country will continue to deteriorate because the wrong people have been given power. The judiciary has played a huge role in giving power to the wrong people even when they know it but the love of money has made injustice surround the country.

“Due to the injustice in the land, things happening in Nigeria at the moment are expected because God isn’t always happy with such nations. In Nigeria, if we don’t stop the politics of money, we will not get the right leaders who will take us seriously, Nigeria will continue to deteriorate.

“For example, Imo state is a case study for the corrupt practices in the judiciary system. The current governor, Hope Uzodinma came fourth in the governorship election but because of the politics of money, the judiciary system found a way to declare him winner of the election, we all can see how Imo state has become ungovernable for the governor as a result of insurgents, killings, attacks and other social vices.

“In Imo north senatorial district, the judiciary system declared Frank Ibezim as the winner of the bye election that took place in December 2020 whereas, it has been confirmed that he has discrepancies in his certificate.

“The ruling party had no candidate for the election and the candidate of the PDP, Emmanuel Okewulonu should be declared winner but the judiciary failed because of the politics of money”

“Nigerians and the judiciary system need to desist from this act of politics of money if we want the country to move forward or else, we will keep experiencing hardship.” 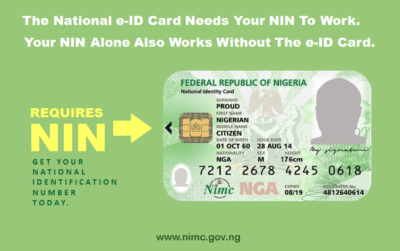 The Federal Government has approved the extension of the deadline for NIN-SIM data verification to the 30th of June, 2021.

The statement said the extension was as a result of the virtual meeting chaired by the Minister of Communications and Digital Economy, Dr Isa Pantami and attended by the chairman of NCC, Professor Adeolu Akande, the Executive Vice Chairman/CEO of NCC, Prof Umar Dambatta and the Director-General/CEO of NIMC, Aliyu Azeez.

“The postponement of the deadline was also based on the request by stakeholders for an extension till 30th of June in order to make it easier for all citizens and legal residents to register”, the statement noted.

The government said significant progress has been made in the NIN-SIM verification process.

“For example, almost 54 million people have obtained their NIN and this can translate to up to 190 Million mobile numbers since empirical evidence suggests that each unique NIN maps to 3 to 4 phone lines.

“The much-awaited Android enrolment system is now ready for deployment and this has the potential to significantly accelerate the speed and ease of enrolments,” the statement added.

Furthermore, the statement said the telecom providers and other enrolment agents have also opened several centres across the country to make it easier for eligible citizens and residents to obtain and link their NINs.

“This is similar to the use of Social Security Number and National Insurance Number for accessing services in the United States of America and the United Kingdom respectively”, the statement noted.

The joint statement further noted that the Federal Government has approved the extension as part of its effort to make it easier for its citizens and residents to obtain the NIN and it is important to take advantage of the extension.

“Dr. Pantami wishes to thank Nigerians for their patience and compliance with the Federal Government’s directive on the NIN-SIM registration exercise.

“He again reiterated government’s commitment to continue taking decisions aimed at easing the pains of the citizens with regard to issues related to NIN and SIM registration”, it said.