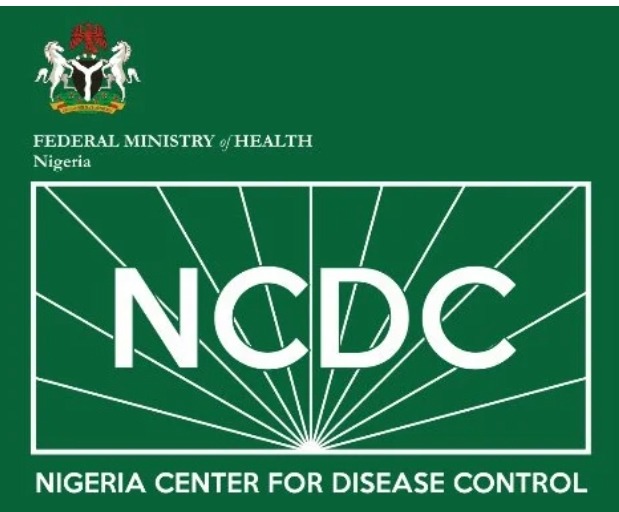 The Nigeria Centre for Disease Control said no fewer than 74 persons have been reportedly killed by cholera in 30 states this year.

The latest cholera situation report by the NCDC also showed that there are a total of 2,339 suspected cases of the infection as of May 29, 2022.

The agency noted that of the suspected cases since the beginning of the year, the age group 5 years is the most affected age group for males and females.

Cholera is an acute diarrhoeal disease caused by Vibrio cholerae; a gram-negative rod-shaped bacterium. It is a potentially life-threatening, primarily waterborne disease, according to the NCDC.

“In Nigeria, cholera is an endemic and seasonal disease, occurring annually mostly during the rainy season and more often in areas with poor sanitation, with the first series of cholera outbreaks reported between 1970 and 1990,” it noted.

Advertisement
Related Topics:choleraNCDC
Up Next

Impotence: Why Snoring Shouldn’t Be Ignored In Men – Surgeon 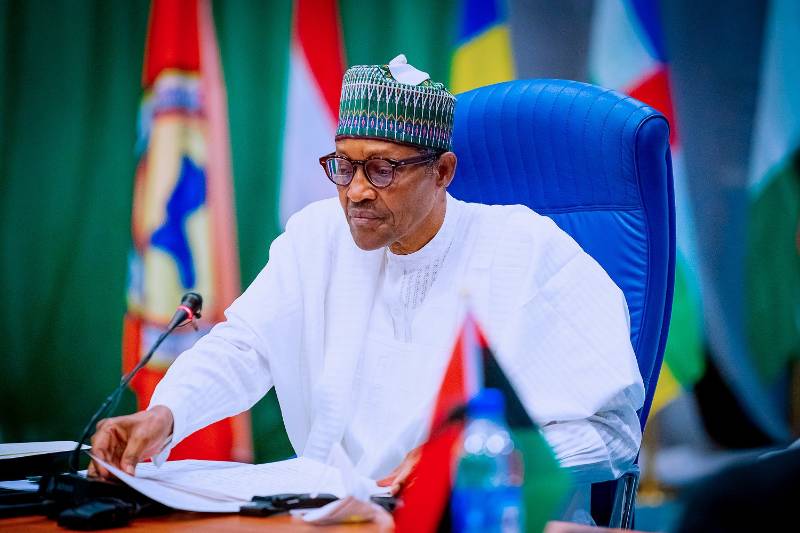 Health Minister, Osagie Ehanire, made the announcement on Wednesday at the inauguration of the Primary Health Care(PHC) Leadership Challenge at the State House.

The event was organised by the Nigeria Governors’ Forum (NGF) in collaboration with development partners.

Ehanire disclosed that the President approved siting of the orthopedic hospital in three regions.

“North-East has one; the North-Central has one and the South-South has one; in Benin, Jos and Jalingo respectively”, NAN quoted him saying.

She added that all the 36 states had fully domesticated the fiscal reforms in their public financial management system. 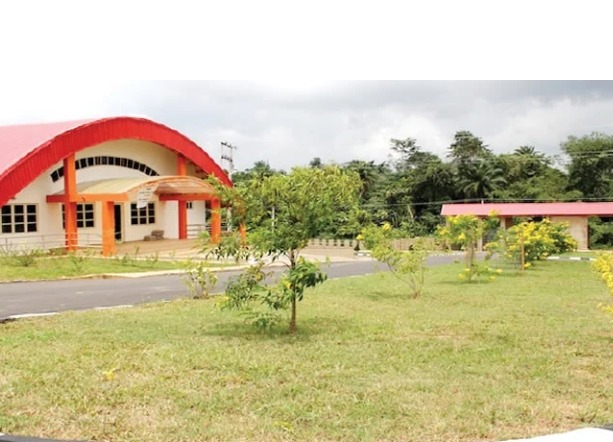 A middle-aged-man, Sunday Samuel, has accused the Ondo State Trauma and Surgical Centre, Ondo Town, of negligence after his wife died during a surgical operation at the facility.

The deceased, Fola, was reportedly diagnosed with breast cancer.

The mother of four was thereafter placed on medication for about a month in the hospital ward before she was taken to the theatre for surgery on Monday, July 25.

According to her husband, the operation was disrupted by power outage, as the medical facility repeatedly switched between electricity and generator.

He also lamented that the hospital failed to provide a standby oxygen cylinder before embarking on the surgery, as none was available when they needed it during the operation.

Sunday said, “My wife had breast cancer and was admitted to the Ondo State Trauma Centre, where she was stabilised for close to a month.

“On Monday, July 25, she was taken from her ward and moved on a wheelchair into the theatre room around 10.30am. Shortly after they moved in, power supply went off, and they had to call the person in charge of the generator to switch it on.

“I was even surprised that the man was just pouring fuel into the generator. The power came back 30 minutes later and they switched off the generator.

“After an hour, the light went off again. That was when we started looking for the man in charge of the generator but we could not find him. So, I had to put on the generator myself; imagine a big hospital like that.

“All this was happening while the surgery was ongoing. About one hour later, the person in charge of the generator switched to normal power again. About one hour and 30 minutes later, one of the doctors rushed out to call someone in our presence to get oxygen.

“I was sitting directly opposite the theatre with my mother-in-law and a friend and did not see anyone take the oxygen into the theatre. It was later that they came out to tell me that my wife did not make it. That was when I broke down in tears.”

Sunday, a security guard, frowned on the decision of the hospital to manage the fuel in its generator at the expense of his wife’s life.

He noted that all the demands of the hospital were met before Fola was taken to the medical centre.

“We bought oxygen the previous week when she was still in the ward. It was not as if she needed oxygen, but they said she might need it at night. So, I paid for it and they went to purchase it and placed it by her side. For more than five days, she did not use it. It was one morning that I arrived that they said she was unconscious in the night and had to use oxygen. We also bought two pints of blood; one was used before the surgery and the other was meant to be used during the surgery. So, if it was fuel that they needed, I would have got it too, instead of rationing their fuel. I wondered why they should manage fuel while carrying out a surgery at the expense of someone’s life. My wife had the chance of surviving if those scenarios had not played out,” he added.

A member of the family, who witnessed the incident and identified himself as Tunde, said the deceased was getting better before she was considered for the surgery.

He said, “When they brought her here, she could barely walk. But she later started recuperating. She was already walking, eating and even visiting the restroom by herself some days before the surgery. Her file is there to prove this. A nurse even confirmed to us that she was already getting better and capable of undergoing the surgery and that something of such should not have happened.”

The Information Officer of the medical centre, Tope Akinjide, said the hospital did not carry out any surgery on Monday.

But when confronted with evidence by our correspondent, he confirmed that it was true that the patient was operated on that day.

He said, “I am into administrative matters and not clinical matters. And from my own desk, surgery is carried out on Tuesdays, Wednesdays and Thursdays. Nevertheless, by their own discretion, they could have booked it for Monday. The surgery department has the right to schedule their operation. I have just confirmed the personality and the core subject matter of the case. It is true.”

Akinjide said a senior surgeon at the hospital told him that the survival chance of the patient was low.

“The issue is that when I spoke with the senior surgeon, he said the patient in question was in the ward for some weeks, and she had been critical, a late presentation of the case. The patient was having breast cancer and she took some pints of blood. More so, he said the patient’s oxygen was still intact, saying it did not get exhausted overnight,” he added.

Akinjide, however, did not respond to the allegations that the hospital was switching between electricity and generator while the surgery was ongoing.

He said he would contact the Deputy Chief Medical Director of the hospital for comprehensive details of the incident.

He had yet to do so as of the time of filing this report. 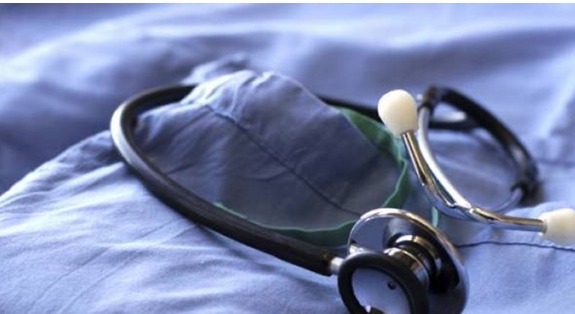 The General Medical Council which licenses and maintains the official register of medical practitioners in the United Kingdom licensed at least 266 Nigerian doctors in June and July, 2022.

The implication is that at least three Nigerian doctors were licensed per day in June and July 2022 despite the moves by the Federal Government to stop the exodus of doctors and health workers in the country amidst worsening brain drain of the professionals in the country.

A continuous monitor of the GMC register, it was noticed that the number of Nigeria-trained doctors in the UK currently stands at 9,976.

The figure does Again, Buhari Jets Out To London For Medical Appointment For 13th Time include other doctors of Nigerian origin who did not undergo medical training in Nigeria.

Presently, Nigeria has the third highest number of foreign doctors working in the UK after India and Pakistan.

The country however suffers a shortage of doctors.

The Medical and Dental Council of Nigeria noted that Nigeria now has over 100,000 doctors who have registered with the council.

Worryingly, Nigeria with a population of over 200 million citizens, indicate the percentage ratio of doctors to patients still falls below the World Health Organisation’s recommendation of 1:600.

A poll by NOI in 2018 also showed that 88% of Nigerian doctors are considering work opportunities abroad, but experts say the figure may be higher due to the rising insecurity and economic crunch.

The PUNCH reports that the Nigerian Medical Association has continued to call on the Federal Government to provide a thriving environment for doctors and health workers to curb the massive brain drain.

Currently, doctors in Nigeria under the aegis of the Nigerian Association of Resident Doctors have issued a two-week ultimatum to the government over poor welfare and failure to implement the new hazard allowance rate that was signed in December 2021.

In an interview with The PUNCH, the Publicity Secretary of NARD, Dr Alfa Yusuf, said, “Government should declare a state of emergency on the health care sector, address the challenges, improve remuneration and good working conditions and address security issues.”

When asked about the causes of brain drain, Yusuf said, “Poor remuneration, poor working facilities, insecurities including assault on doctors and burn out from over work, among others.”

Also, the immediate past President of the Medical and Dental Consultants Association of Nigeria, Prof. Ken Ozoilo, said, “It is unfortunate that the government has once again failed to live up to expectations, but this is typical.

“This kind of attitude on the part of government and its agents feeds the notion that the government does not listen to workers unless they are on strike.

“Predictably, we are going into another round of NARD strike at a most difficult time and the government is squarely to blame.

“Brain drain will sadly continue and will get worse. There is no measure put in place by the country yet that is capable of stemming the tide. Even the new hazard allowance fails miserably in this wise as it is a far cry from the demand of health workers.

“The NARD strike is not inevitable, but it is unlikely that agents of government responsible will act on time to avert it.”

Efforts to get the Minister of Health, Osagie Ehanire, proved abortive as calls and messages forwarded to his line remained unanswered as of the time of filing this report.