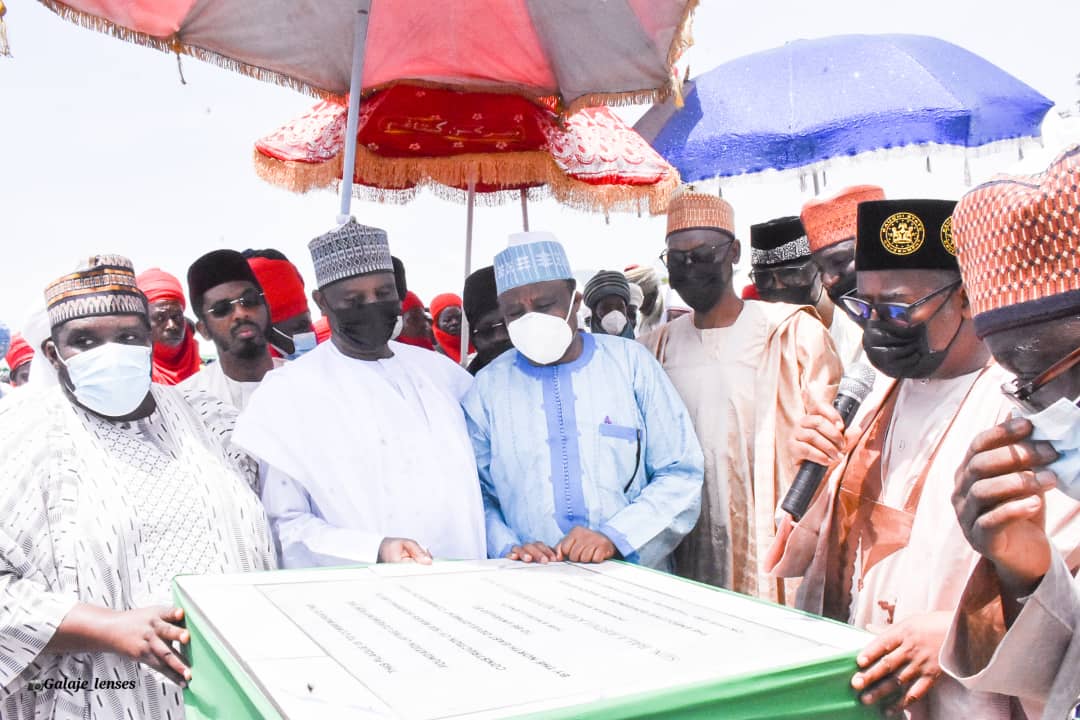 The North East Development Commission (NEDC) with support from the Bauchi State government has laid the foundation stone for the construction of 500 houses across the state for victims of Boko Haram insurgency and civil servants.

Speaking on Thursday during the ceremony held at the site of the construction in Dungal village along Bauchi-Jos road,the Managing Director and Chief Executive Officer of NEDC, Mohammed Alkali, said that the construction of the 500 housing units will help to ameliorate the sufferings of people following the over 12 years of insurgency by Boko Haram in the subregion.

He lamented that insurgency in the subregion has led to massive influx of people in the urban areas, with most of them taking shelter in any available public spaces, homes, schools, huts, abandoned and uncompleted buildings, while many trooped to neighbouring North-eastern states just as hundreds settled in the Internally Displaced Persons (IDPs) camps across the states.

“You may recall that part of the Commission’s Mandate include Rehabilitation and Reconstruction of destroyed Homes and Commercial Premises of Citizens in the Zone. You may also wish to be informed that the stock of houses in the North-East States before the insurgency was about 4 million, out of which over 500,000 structures (Houses and Commercial Premises) were destroyed or irreparably damaged.

“Even before the insurgency, there was Housing deficit in all the States of the Zone. Therefore, the insurgency only further aggravated the situation. In all of this, Borno State being the epicentre of the crisis is worse affected with the largest number of Internally Displaced Persons.

“Based on the above, Mr. President, His Excellency, Muhammadu Buhari (GCFR) had earlier in 2019 approved a Special Presidential Interventions in Borno State (SPIB) to ameliorate the desperate situation that displaced communities in the State had found themselves through the construction of 10,000 houses and the establishment of Technical and Vocational Skills Acquisition Centres for the IDPs amongst others.

“As part of the execution of the SPIB, it was resolved that the NEDC undertakes the construction of the first 1,000 houses and today, I am pleased to say that, at a ceremony on 02/09/2021 the 1,000 houses at Ngowom Village, Mafa Local Government of Borno State was handed over to His Excellency, Executive Governor of Borno State, Professor (Eng) Baba Gana Umara Zulum. We were able to deliver a new Town with all the required social amenities.

“The Commission reflecting on its mandate decided to extend this gesture to replicate same in the other five states of the Zone by the construction of 500 houses in each state. To realize this, the Commission had earlier requested for, and had received approval from the Bauchi State Government of the allocation of plots of land for these Mass Housing as follows; 300 Houses in the State Capital, Bauchi and the balance of 200 Houses to be spread among other cities in the State.

“The Mass Houses we are about to commence constructing is the Cluster block style which consists of blocks of four units of 2-bedroomed bungalows with Veranda and Courtyard. Each block sits on four hundred square metres, with a fence separating each twin-facing houses, covered kitchens and toilets/bathrooms, and ample space for home living activities. The following Socio-economic facilities will also be provided: – Street lights, Reticulated Water Supply System, commercial spaces amongst others,” he said. 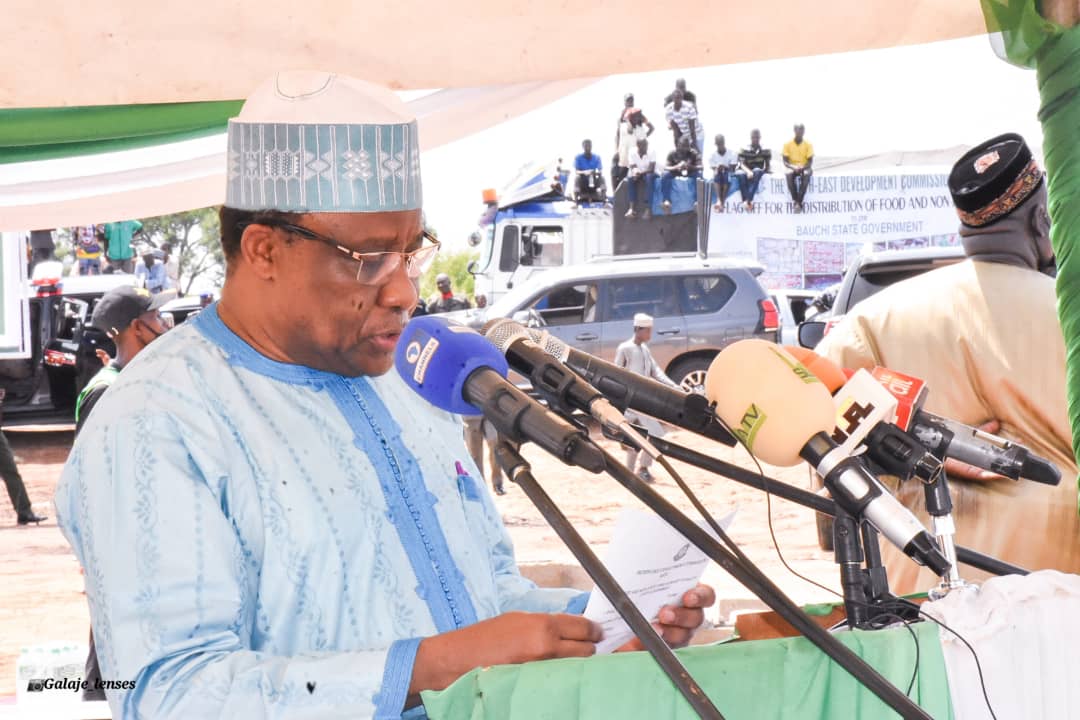 Mohammed Alkali, the Managing Director and Chief Executive Officer North East Development Commission (NEDC) delivering his speech during the foundation laying ceremony of 500 housing unit to be constructed by the commission

Assisted by the MD/CEO of the North-East Development Commission (NEDC), the governor laid the foundation stone for the construction of 500 housing units in Bauchi state to be fully funded by the NEDC.

“The importance of housing for the people cannot be overemphasized and that is why we are doing everything possible to make sure that our people get affordable but decent accommodation. We want to make sure we ameliorate the housing deficit in our state.

“Civil servants and other public servants will be given priority in the allocation of the houses because that is the only way to get the best out them,” Governor Mohammed said.