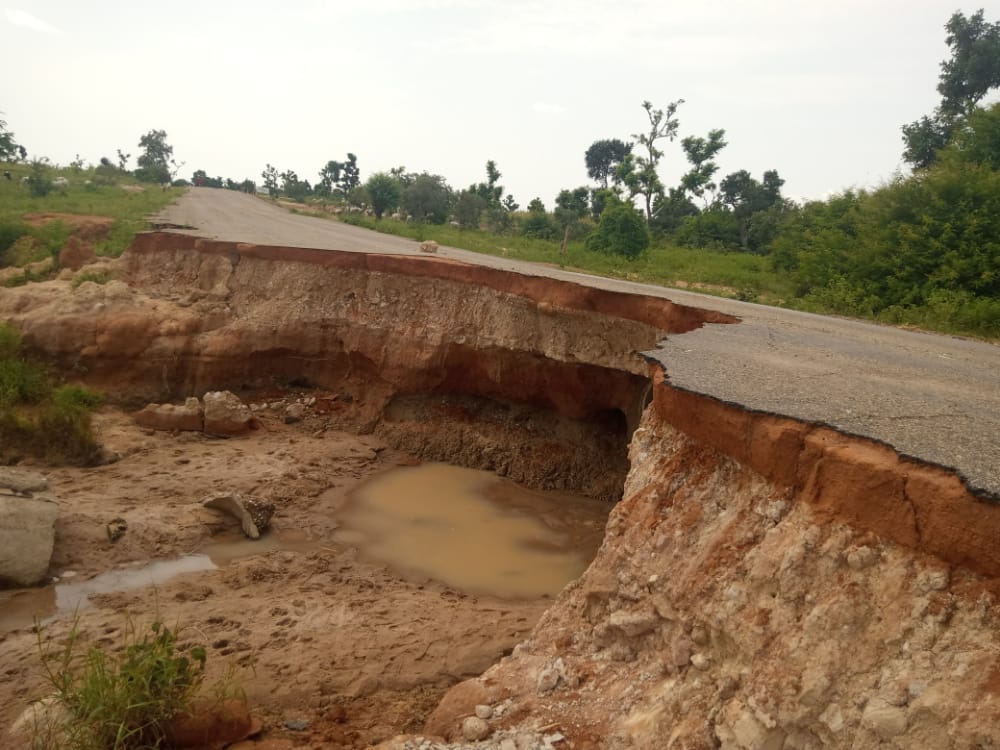 Bauchi State governor, Bala Mohammed, has disclosed that the Federal Government through the Federal Ministry of Works has awarded the rehabilitation of 84km Alkaleri-Futuk road (link road between Bauchi and Gombe states) for the sum of 32 billion naira.

The governor disclosed this on Thursday during an inspection visit to Alkaleri-Futuk road, in the company of the Chairman and Chief Executive Officer of North-East Development Commission (NEDC), Mohammed Alkali.

“As I have been briefed by my commissioner and chairman local government area about this corridor, this corridor links Bauchi to Gombe, Adamawa and Benue states.

“In the next one week, we are going to meet with the Minister of Works to carry this matter to them. But certainly, Mr. President has listened to our appeal. We are going to rehabilitate all the places that have been washed away. By the grace of God, they have set aside the sum of 1.5 billion to mobilize the contractor to site. I am sure that by the time they finish their procurement, you will see them coming here by the end of rainy season.

“On behalf of the government and people of Bauchi state, we convey our appreciation to NEDC and the federal government led by Mohammed Buhari for this gesture for the solace they are providing to us,” the governor stated.

In his remarks, the Chairman and Chief Executive Officer of North-East Development Commission (NEDC), Mohammed Alkali gave assurance that his Commission will do everything possible to ensure that the road is functional again.

He said: “In the Commission, we have been hearing of this road for a long time. The governor has been tirelessly talking to the Commission so that we can come together to see what we can do to make the road functional again. In awarding contracts of this nature, we look at the viability of the road. And I can tell you that from what we have seen, this is an economic road.

“We have come here with our Management team to see this road so that as soon as possible to we can make this road passable. We will liaise with the state and federal government to make sure that we rehabilitate this road for the benefit of everyone.”