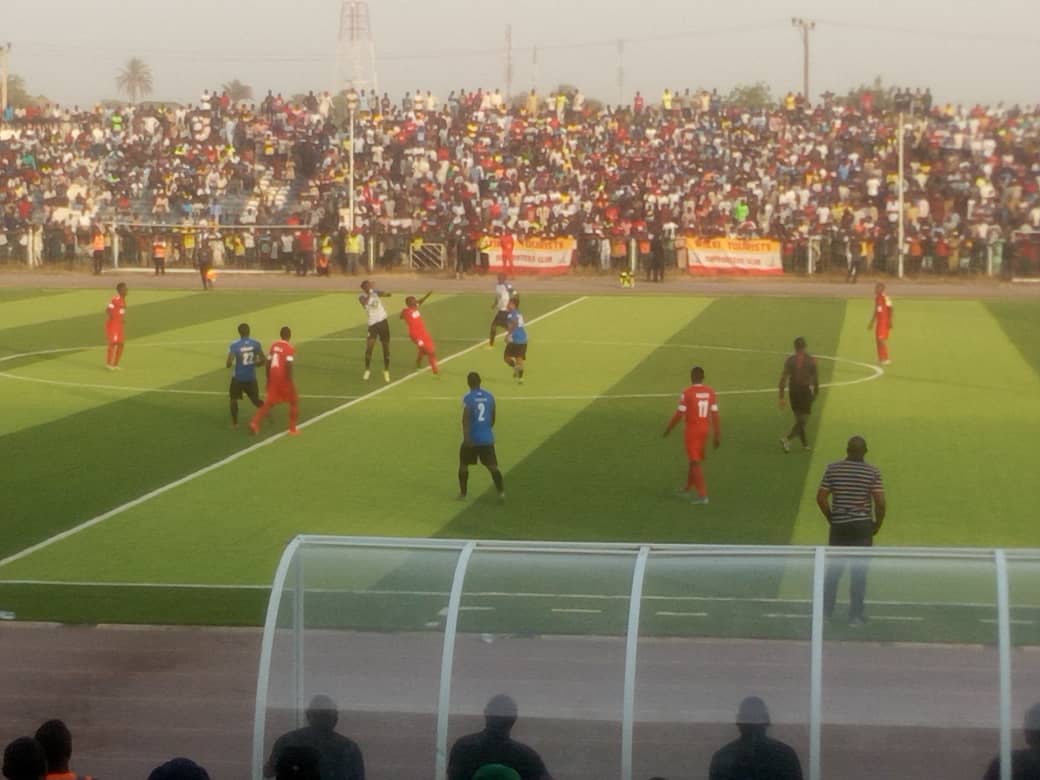 The impressive of performance Wikki Tourists footbal club of Bauchi earned them a maximum of three points in the ongoing Nigeria Professional Football League played at the Abubakar Tafawa Balewa Stadium, Bauchi.

Recall that Lobi Stars defeated Wikki 2-1 during the first round in Markudi.

Week twenty encounter between Wikki and Lobi Stars is part of the second round of the professional league.

Wikki Tourists scored early goal 3 minutes into the game through striker Manu Garba, while captain Idris Guda made the tally in the 20 minutes as the first half ended 2 draw.

Meanwhile, the third goal came after 3 minutes into the second half after an assistance from the left corner scored by the same scorer of the first goal, Manu Garba.

The fourth was a header by Idris Guda from a free-kick spot, the match ended in favour of Wikki Tourists by 4 goals.

“We continue to work hard to shape the team and also we get the depth, we still lack the depth in the team, the most important thing is getting the three points so now is over for today’s game, we hope to get a three point next in Kano against Jigawa Golden Stars”.

Coach of Lobi Stars, the visiting team, Gbenga Ogunbole, shortly after the match expressed disappointment but said it’s game of football, noting that Wikki took them unaware by scoring early goals both first and second half.

“Well, it is a temporary set back, we will get back, I have no complaint about the officiation, we should just go back home and see it as a challenge”, he said.

Sports enthusiasts said they have hope from the new technical crew of Wikki Tourist headed by Coach Abdullahi Shareef and prayed for the team to claim up to the league table.