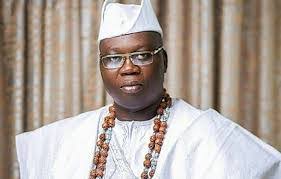 Crime
There was pandemonium on Thursday evening at the popular New Benin Market in Oredo Local Government Area of Edo State as suspected armed robbers...

Briefing newsmen during the parade, Edo State Commissioner of Police, Babatunde Kokumo, said the Command personnel, in conjunction with local vigilantes also made arrest of five other suspects, adding that assorted four laptops, five assorted handsets and one G-Tab were recovered from them.

He added that three escapees who escaped from Oko Correctional Centre and Benin Medium Centre during the EndSARS protest were re-arrested by the Command for yet commiting other crimes.

Kokumo, while stating that the police will not rest in freeing the state from criminality, added that the Command successfully arrested seven suspected cultists who were allegedly engaged in disturbance of public peace and vandalism.

While warning those planning incursion to steer clear from the state, the CP noted that the Command is fully prepared to wage war against criminality.

“As we approach the yuletide season, the Police will not rest on its oars until all the arms and ammunition carted away by the hoodlums, aftermath of EndSARS protest are recovered and escapees from Benin and Oko Custodial Centres rearrested.

“The criminal elements resident in the Edo State will not know peace while those planning incursion from contiguous states are warned to steer clear as the Police Command is fully prepared to wage war against them,” he added.

One of the POS robbery suspects, Ogbaide Pius, 20, confessed to the crime, saying “we specialise in robbing POS operators.”

He disclosed that a young man who he said has traveled to Ghana sold them a gun which they used in robbing POS operators in Benin, but luck ran out of them when they were about to share proceeds among themselves in a hotel where they were rounded off by the Police.

“We went to Ekewan road to rob POS operators and thereafter we went to hotel to share the money, that was where the police came to arrest us. We go from one POS point to another to rob people with gun,” he confessed.

Another suspects, Effiong Sunday, 21, confessed that him and other 3 persons went to rob at Upper Sokponba and they were arrested by local vigilantes after killing the young man that led them to the place.

He said he used AK-47 riffle he stole at Oba market police station during the EndSARS protest to rob and was arrested alongside other three persons.