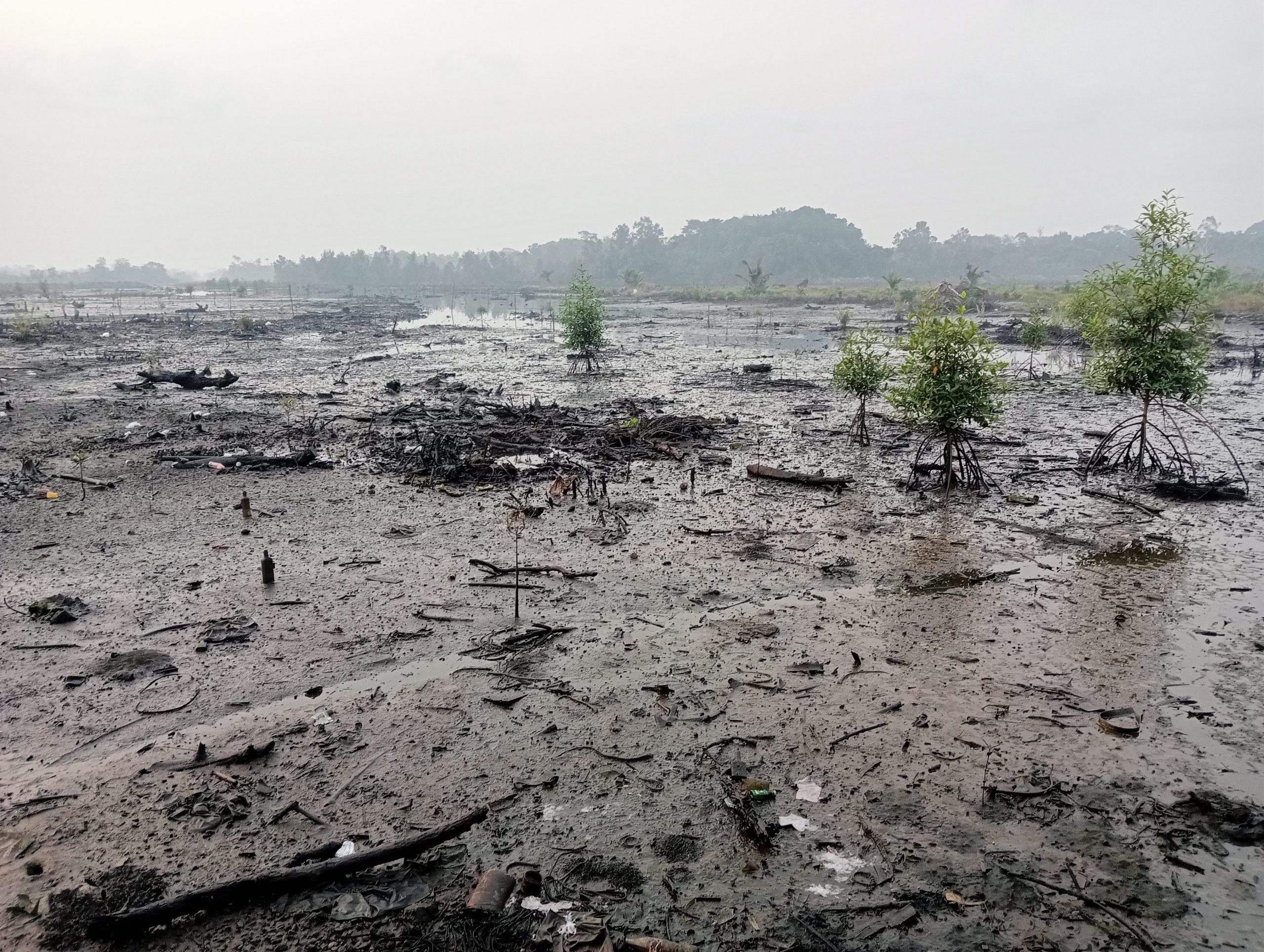 Scene of the polluted areas

The need to protect and preserve the environment, and respect for human rights took centre stage in Odimodi community during a two-day capacity building seminar organised by a Non-governmental Organisation-Community Development Foundation (CODAF).

Odimodi, an agrarian and fishing community, in Burutu Local Government Area of Delta State, houses Ward 11 with an estimated population of five thousand (5,000), persons, in no fewer than 13 polling units.

Unfortunately, due to the oil exploration and exploitation activities of multinational companies particularly in the area of pollution of the environment and outright disregard for human rights, the fishing and agricultural activities of dwellers of this community is under threat.

Worried by all these and particularly the unabated pollution of oil-rich Odimodi and neighbouring communities and the consequent violation of rights of its dwellers, CODAF, recently organised a Town Hall Meeting/Training to enlighten community dwellers, particularly women about how they can actualise their rights and hold multinationals such as Shell Petroleum Development Company of Nigeria Limited, Nigeria Agip Oil Company and others more accountable.

For CODAF, the outright violation of human rights and pollution of the environment with no regard to the well-being of the people must stop.

Speaking at the Town Hall Meeting and enlightenment campaign, Executive Director, CODAF, Mr. Richard Benin said his organisation was concerned about the well-being of the people and the need to respect their rights. He told them that his organisation’s past activities in the community about pollution by oil companies and disregard for their rights had already caught attention of stakeholders across the globe.

“We were here in 2021, and in 2022 we were here too, and this is 2023, we are here. I want to gladly announce to your that the plight of Odimodi has caught world attention. We were here in 2022 during the COP27 which was held in Egypt, and we made a shot video and sent online. Odimodi was discussed in that meeting in Egypt. Your matter was discussed. I want to assure you that we as an NGO will not relent until the right thing is done,” Benin assured. 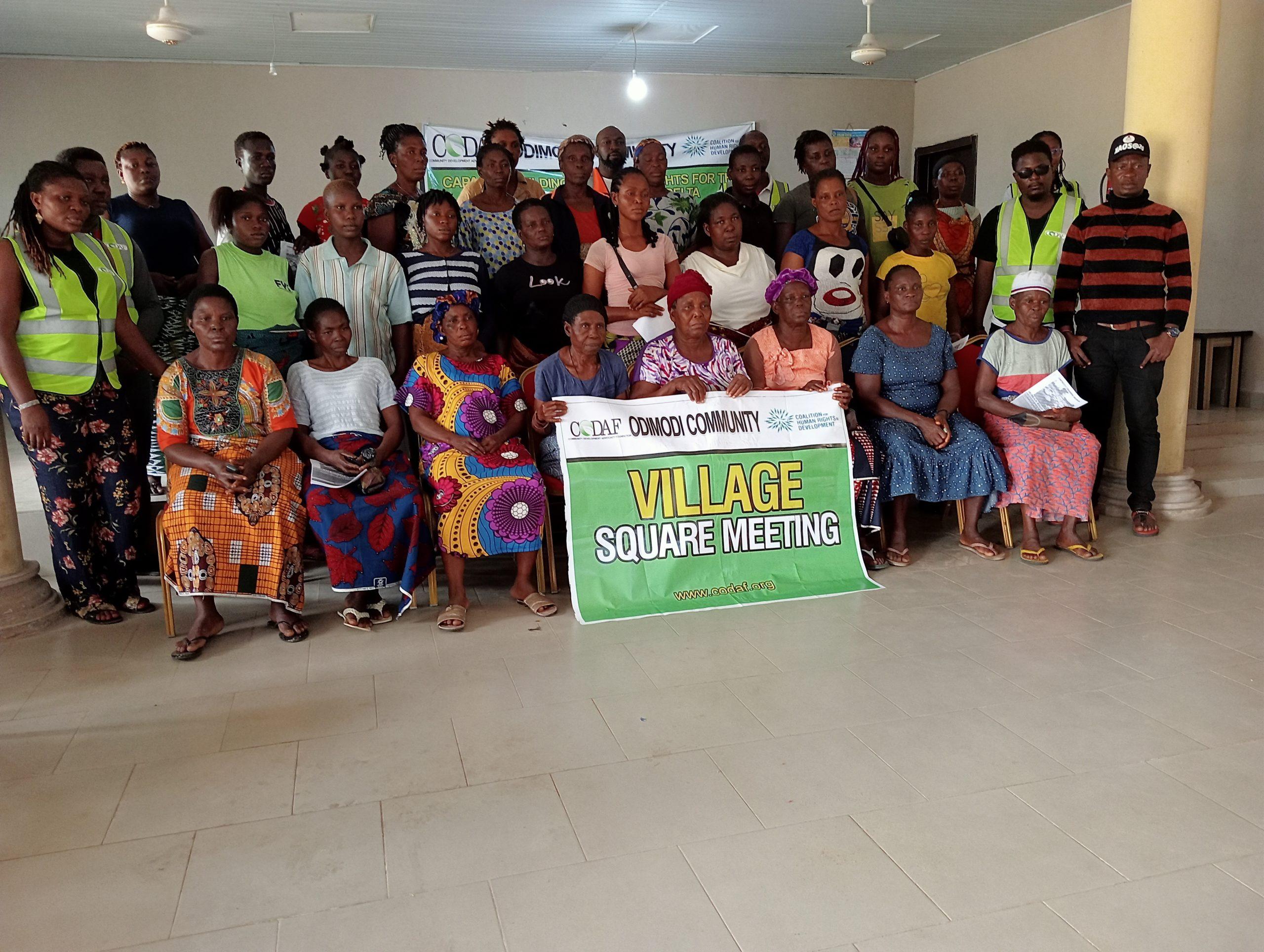 Group photograph of the participants at the training.

In a response on behalf of the community, Vice Chairman of Odimodi, Chief Isepagha Willie, thanked Mr. Richard and his team for fighting the course of the community by coming up with such a development, adding that it will benefit the community a lot.

He lamented that since the inception of Shell operations in the area, all what they used to have in abundance such as fishes, farm produce, etc are no more.

“Because of Shell operations, we have nothing left. All what we you used to have, we are having none. we are suffering,” lamented.

Some women of Odimodi who are majorly into fishing and farming decried Shell operations and outright disregard for their rights, as they called on the multinational to rise up to its Corporate Social Responsibility by providing jobs to indigenes of the community.

Chairlady, Odimodi community, Mrs. Silver Michael, who is a business woman said: “We are suffering. Majority of us fish to train our children in school but activities of oil companies have spoil this, we no more catch fish, and that is why I decided to go into business. We can’t farm anymore to train our children. These are the things community women rely on for a survival. We don’t even have drinkable water. We are into hunger.”

While lamenting that all efforts to make sure Shell doing the right thing had proved abortive, Mrs Michael called on the oil company to provide the woman and youths job so they can use that to cater for themselves and family.

She also urged Shell to provide fishing net, fishing hooks and other things used in fishing to those that are into fishing.

Also lamenting, Mrs Alagua Monday said due to operations of Shell, everywhere is being taken over by crude oil spill.

“Even when you deep your paddle into the water, all what you push out is crude oil, Shell has spoil our river. Fishes in the river are all affected with the crude oil spill. Had it been I know you are coming, I would have kept some fishes from the river for you. You would have seen the mystery I am talking about. Due to oil spill, we now caught fishes that are rotten from the middle to the tail while middle to the head dangle for survival. This is impossible if not for the oil spill. Nothing is working. We are dying of hunger.”

She demanded: “Shell should give us portable water because we do not have water to drink. The one we have is causing us sickness because of the oil pollution. More so, we need a standard hospital or healthcare centre. We do not have any, hence people die before they are rushed out of the community for the next hospital.”

Another pathetic story is a 72-year-old Vero Anoda, a fisherwoman who had leg infractions while fishing in a spot heavy oil spill had occurred. According to her, she fell into the spot and was rescued out. She lamented that since then her children and other well-meaning indigenes of the community have spent a lot on her. She further lamented that Shell has not deem it fit to visit her one day. She called on the oil company to come to her aid. 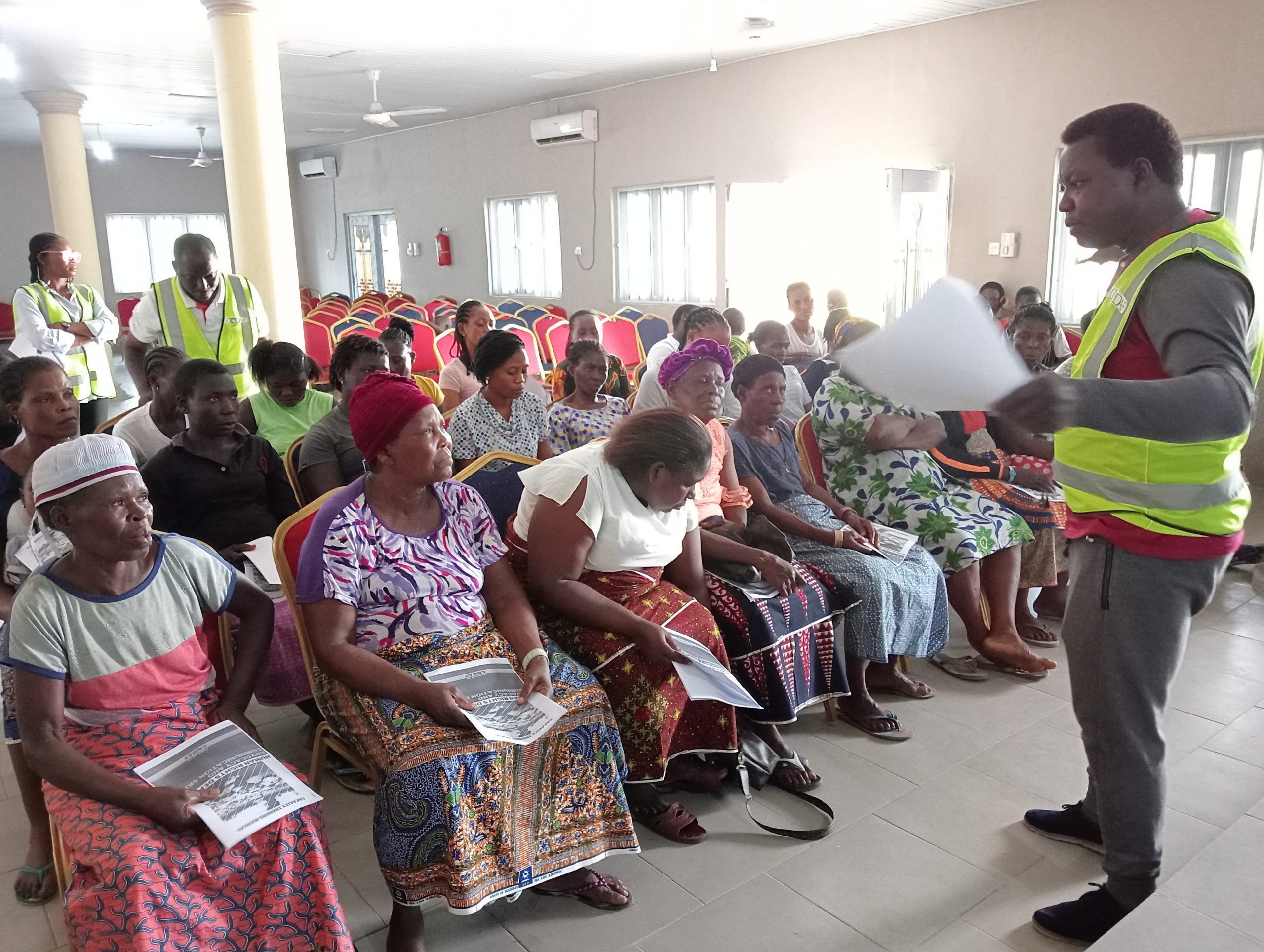 A cross section of women trained in Odimodi by CODAF.

On his part, former Public Relations Officer, Odimodi community, Mr. Godwin Awese, due to activities of Shell and its consequent pollution of the area, his agriculture are not productive as they ought to be.

While taking members of the NGO and the media round his farm, Awese said: “Look at this plantain three, the leaves are yellow rather than being green, and it is stunted, this is because of the crude oil pollution. It can’t grow how it ought to be. Look at this plantain fruits, it is already having a yellow colour and it is not well matured. All these anomalies is due to the pollution. We can’t get any good farm produce to the pollution,” he lamented.

Calls put out across to Shell Community Liaison Officer, Mrs Ann Utuedor, by INFO DAILY were not picked neither did she reply to SMS sent to her Cell Phone. 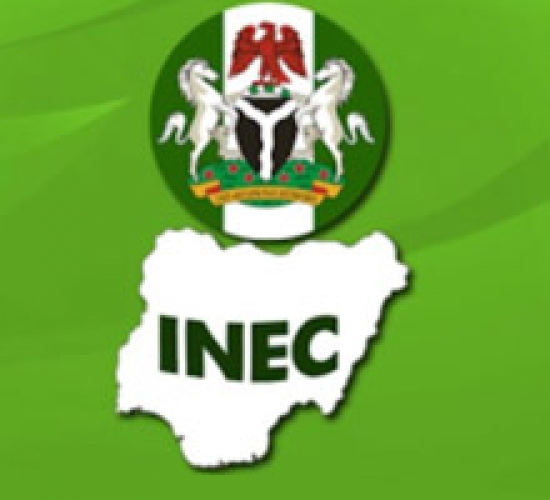 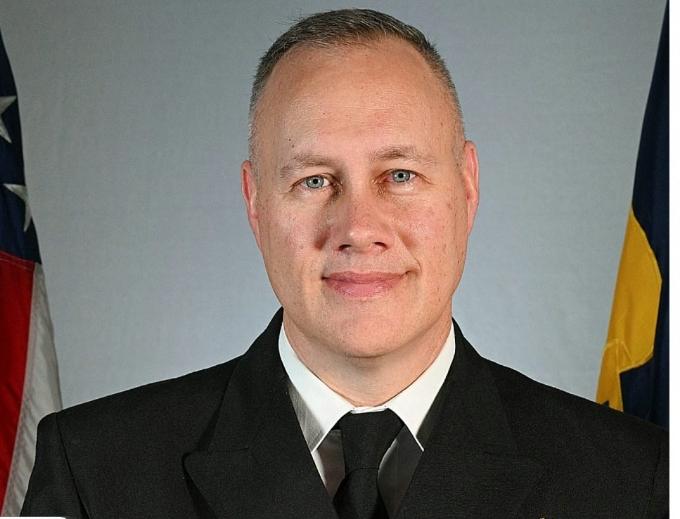 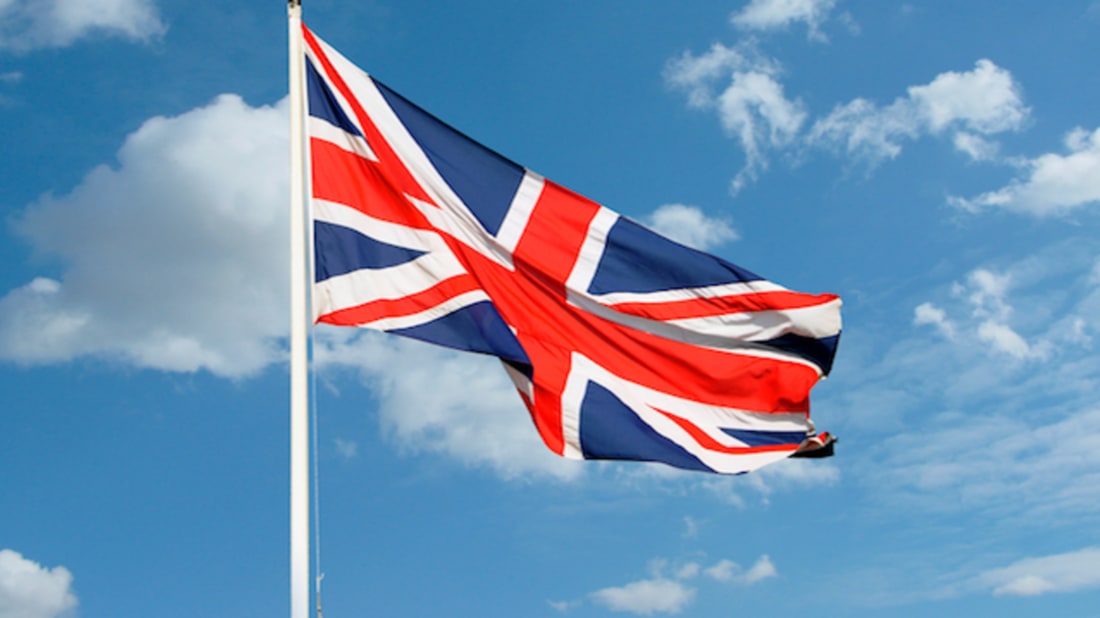