The latest figures on Nigeria’s power grid performance released on Tuesday showed that the quantum of electricity generated on the grid had continued to fluctuate, as it fell by 903 megawatts on Monday, April 18, 2022.

Nigeria’s electricity grid has been characterised by some sort of instability lately, witnessing about four different grid collapses in less than two months.

A document on the country’s 24-hour grid performance, obtained from the Federal Ministry of Power in Abuja on Tuesday, showed that the fluctuation of electricity generated on the grid had yet to abate.

Our correspondent further observed that the crash in power generation on Monday warranted a reduction in the quantum of energy sent out on that day when compared to what was sent out to customers on Sunday.

Figures from the Independent System Operator of the grid showed that the total quantum of energy generated and sent out on Sunday, April 17, 2022, was 87,553.76MW-hour and 86,564.47MWh respectively.

It further stated that another collapse of the grid occurred on Saturday, April 9, 2022, as the nation’s power system collapsed to 33MW around 01.00 hours after it had earlier posted a peak generation of 3,281.50MW at 00.00 hours the same day.

Also, the national grid collapsed twice last month and this happened within a space of two days, a development that made the Federal Government summon a meeting of stakeholders to address the issue.

The Special Adviser to  the President on Infrastructure, Ahmed Zakari, had blamed the recent collapse on the sabotage of power infrastructure, describing the act as one that was difficult to comprehend.

“Yesterday we had a grid collapse, the driver was sabotage of Ikot-Ekpene Calabar 330kv tower,” Zakari had stated at the time of the collapse early this month, adding that “the grid is connected, an event at a large power source can collapse the system. Sabotage of our infrastructure by citizens is difficult to comprehend.”

Zakari added, “It is important to improve security but the infrastructure is vast, spans thousands of kilometers, and has multiple risk points. When citizens sabotage infrastructure, it leads you to question if we want to progress as a nation. Hardship inflicted on fellow citizens is unconscionable.”

There Is Conspiracy To Gag CSOs Activities In Edo State, Rights Activist Alleges 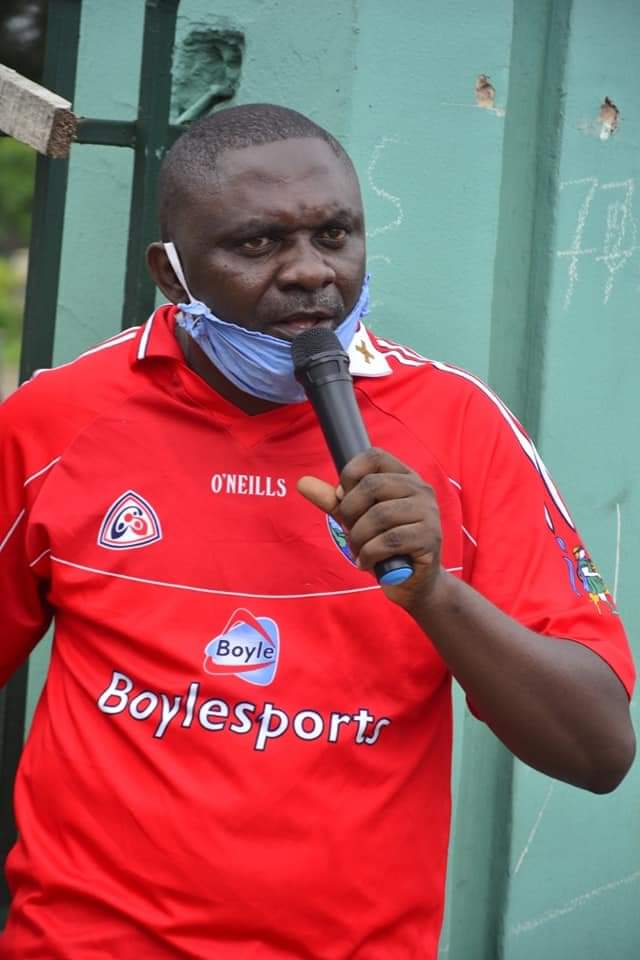 A Benin-based human rights activist and former Public Relations Officer of the Edo Civil Society Organisation, EDOCSO, Comrade Osazee Edigin, has raised the alarm that there is a conspiracy to gag activities of civil society organisation in Edo State.

The rights activist raised the alarm in Benin on Saturday during the civil society organisation’s general assembly wherein he enlightened members of the CSO on Administration of Criminal Justice Act and petition writing, declaring that petition writing is right of every member of the public.

His enlightenment followed an alleged statement credited to the Edo State Commissioner of Police, CP Abutu Yaro, that he would only entertain petition from legal practitioners (lawyers) in the state and not any members of the public.

The CP had, however, refuted the allegation in a press statement yesterday, declaring that his office has always been entertaining petitions from individuals and groups in the state and not lawyers alone.

Edigin, who alleged that the State Command has been ‘anti-civil society organisations activities, vowed that any attempt to silence activities of CSOs in the state would be resisted.

He said: “There is conspiracy to silence activities of civil society organisations in the state, but we are going to resist such act with everything within us.

“The CP has not been friendly to members of the civil society organisations in the state. He sees us as jobless persons, hence he walks some of our members out of his office and make uncalled for statement against our members. But we want to tell the CP that members of civil society organisations in Edo State particularly EDOCSO members are well educated and employers of labour. We are noble persons. We are just committed to upholding human rights.

The Amalgamated Union of Public Corporations, Civil Service Technical and Recreational Services Employees, Sunday, called for the inauguration of the board of the Niger Delta Development Commission.

The General Secretary of the union, Sikiru Wahid, made the call in a statement made available to newsmen on Sunday.

Wahid said the call had become imperative to save the commission from destruction.

He, therefore, appealed to the President Muhammadu Buhari the President of the Senate, Ahmed Lawan and other stakeholders to take urgent steps to ensure the NDDC delivered on its mandate.

”As critical stakeholders in the Niger Delta Development Commission, and of the regional development efforts, after taking a critical review and appraisal of all the happenings within and around the NDDC since January, 2019, we have resolved as follows:

”That we, as staff of the NDDC, collectively, under the umbrella of AUPCTRE, cannot fold our hands while different political actors from the region through their actions or inactions undermine the enabling Act of the NDDC, and so threaten the corporate existence of the commission.

”That as a Union, we say to all political heavy weights from the Niger Delta Region, that enough of putting personal interest over and above the development of the region for which the vehicle of the Niger Delta Development Commission was setup,” Wahid stated.

According to AUPCTRE, however, political gladiators from the region for whatever reasons, ill-advised Buhari to dissolve the board of the commission, and in its place, appointed an Interim Management Committee.

The union said the commission did not fully represent all the NDDC states, a situation that had culminated into anger and lack of support by the aggrieved persons towards successive interim management committees.

”Thus, instead of focusing efforts on driving development of the commission, these committees either fights back or focuses on pacifying the aggrieved stakeholders.

”And since that January 2019 therefore, it has been one interim administration or the other. We, as members of staff, as a union, are saying enough of all these. Let the right thing be done,” AUPCTRE reiterated.

The union also faulted the forensic audit being carried out on the NDDC’s activities.

”Enough of these unending audits which fritter away the funds of the commission.

”A forensic audit, meant to take between three to six months to complete, but eventually took almost two years to complete, has been undertaken.

”At the moment, auditors from the office of the Auditor-General for the Federation, have been in the NDDC for about two months auditing the books of the commission, including personnel staff files,” AUPCTRE stated.

A 27-year-old houseboy has been arrested by the police in Mai’ari Arewa village, Pali District of Alkaleri Local Government Area of Bauchi State for allegedly strangling his boss’s daughter after he impregnated her.

DAILY POST gathered that the suspect, Munkaila Ado was said to have impregnated the 13-year girl and having connived with her mother, took her to Gombe State for an abortion.

The Police Public Relations Officer, Bauchi State Command, Ahmed Wakil, disclosed this in a statement made available to journalists in the state on Saturday evening.

DAILY POST also reports that after successfully aborting the four-month-old pregnancy, the suspect and his friend strangulated the victim, burnt the body beyond recognition, and buried her in a shallow grave at a nearby bush in Akko LGA in Gombe State.

Wakil, a Superintendent of Police, said that the teenager’s father who discovered that his daughter went missing and suspected his houseboy and his accomplice, reported the matter at the Alkaleri Divisional Police Headquarters.

He said: “On 10th August 2022 at about 9.00 am, one Alhaji Danladi Mohammed, male of Mai’ari Arewa village Pali, lodged a formal complaint at the Divisional Police Headquarters Alkaleri that, on 4th August 2022 his biological daughter, Safiya Alhaji Danladi (13) of the same address, left home and was suspected missing.

“He said he strongly suspected his houseboy, one Munkaila Ado (27), and one Muazu Umaru (35) all of the same address to be the principal suspects on the whereabouts of his missing daughter.

“On interrogation, the suspect confessed that the missing girl was his girlfriend who was four-month pregnant to the knowledge of her mother but unknown to the father Alhaji Danladi Mohammed.

“He further revealed that he conspired with the mother of the missing girl and his accomplice, Muazu Umar, and took the victim to Gombe to procure an abortion.

“On reaching Gombe, the victim was led to the house of one Hajiya Amina Abubakar, female, (50), in Jekada Fari, behind specialist hospital Gombe where the victim was administered with some substances to cause miscarriage.

“Eventually, on their way to mai’ari village along Akko LGA Gombe State, the two aforementioned suspects strangulated the victim, and consequently, the victim fell unconscious and gave up the ghost.

“In the same vein, they burnt the body of the victim beyond recognition and buried her in a shallow grave at a nearby bush in Akko LGA Gombe State.

“On the strength of that preliminary investigation which immediately commenced, the scene was visited by the DPO Alkaleri and evacuated the victim to the General Hospital Alkaleri, where she was certified dead by a medical Doctor.

“The two aforesaid suspects were arrested for violating the human rights and dignity of the girl child.”

The Police Spokesman further stated that in another development, a 59-year-old man was arrested for allegedly raping an 18-month-old baby in Yelwan Kagadama area, a suburb of the Bauchi metropolis.

He said that the minor’s mother reported the incident at the Yelwa Divisional Police Headquarters after she met the suspect and her baby on her bed with blood coming out from her (daughter’s) private part.

“After about 30 minutes, the nominal complainant discovered that the private part of her daughter is oozing blood, on the receipt of the complaint, a team DCB personnel led by DPO yelwa rushed the victim to the ATBU (Abubakar Tafawa Balewa University) Teaching Hospital Bauchi for medical examination.

“The suspect was arrested and an investigation commence in earnest,” he added.

Wakil said that: “The task has not been an easy one, but in line with our constitutional mandate, we shall remain fierce, tireless and relentless in committing ourselves toward the safety and security of lives and property.”

He assured the general public of the Command’s readiness to continue updating them as the investigation unfolds, pointing out that the Commissioner of Police Bauchi State, Umar Sanda, directed that the case be transferred to the State Criminal Investigation Department for discreet investigation.