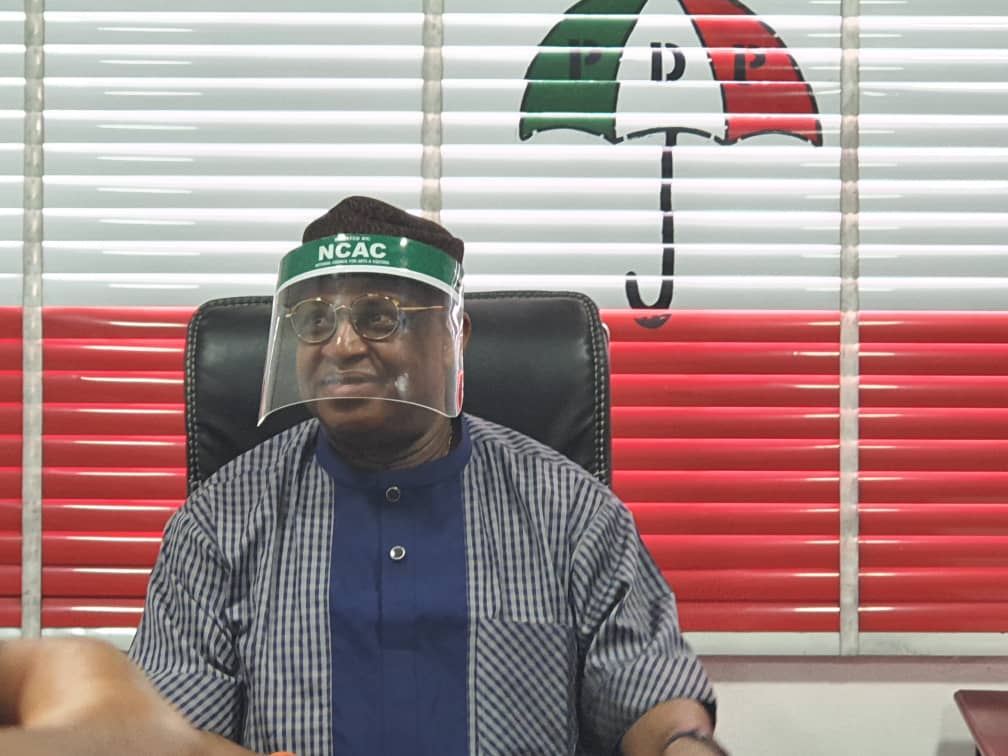 Chief Dan Orbih, National Vice Chairman of the Peoples Democratic Party, PDP, South-South, on Monday, said the criticisms against the Edo State governor, Mr. Godwin Obaseki over the printing of N60 billion to add to March allocation for state by the Governor of Central Bank of Nigeria, Mr. Godwin Emefiele, was politically motivated.

He made the remark while receiving the Speaker of Oyo State House of Assembly, RT. Hon. Ogundoyin Adebo who led some youths on courtesy call on him in his Benin residence.

“I will like to use this opportunity to say something about the recent outburst of the Governor of the Central Bank of Nigeria, Godwin Emefiele over the sad revelations by the Edo State governor that the Federal Government printed over N60billion to make up the money required to pay the statutory allocations to the various tiers of government.

“To me, the outburst was political. I condemn the CBN governor’s remarks because he said so much without convincing Nigerians about the economics to make the decision to print over N60billion to meet the statutory allocations”, he said.

Orbih said the revelations by the Edo State governor was a clear manifestation that all was not well with the nation’s economy and that if drastic measures are not taken to address the current situation, it might be worse than what happened in Uganda.

“To me, that was a public admission that all is not well with our economy. We need the youths to come up with ideas and programmes that will help this government come out of their mess because the revelations by Godwin Obaseki is a sad reminder of what happened in Uganda under former President Idi Amin.

“No government can sustain the economy of a country with that type of abuse,” he said.

Chief Orbih noted that what gave the CBN governor the effontry to take on the Edo State governor was because of the enormous power vested in him, just as he stressed that it would be better if such power is striped off him and cause him to be responsible and loyal to the people rather than the government that appointed him.

“I think it is time for us as a country to make it very clear that whoever assumes the office of CBN governor should have his loyalty to the people of our country and not the government.That is why we must take serious this revelations by Godwin Obaseki.

“It is my prayer and hope that very soon the CBN must come out clearly to tell Nigerians that they have what it takes to bail us out from this predicament”, he added.

He added that the shocking revelation by the Edo State governor was a bad omen noting that the country is not safe and viable for businesses.

He stressed that instead of looking for how to correct such misfortune, the CBN Governor is busy trying to justify his action.

“His submission that we are in a very serious financial mess was a loud message even to foreign investors that Nigeria is a-no-go-area as far as investment is concerned,” he said.

He assured the Speaker of the Oyo State House of Assembly and his delegations of his massive support in ensuring youth inclusiveness in the nation’s politics.

Earlier, the Speaker, Oyo State House of Assembly, Hon. Ogundoyin Adebo, said they were in his house to congratulate him on his newly elected position as the National Vice Chairman of the Peoples Democratic Party, (PDP), South-South and to also pledge their loyalty and support in order for him to succeed in his task of moving the party forward.

Ogundoyin pleaded with Orbih to rally the youths to ensure that their dreams of becoming the President, Vice President, Senate President and other top political positions in the country are realised. 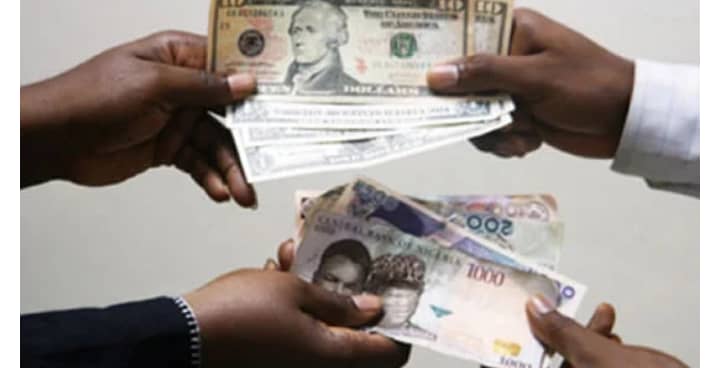 The naira exchanged to the dollar at N504 at the parallel market on Friday, according to the Bureau de Change operators.

It had earlier exchanged to the dollar at 500 in the previous week and at N490 a month earlier.

According to naijabdcs.com, the Central Bank of Nigeria’s official rate for the BDCs, the dollar was bought and sold at the rate of N503 and N504 as of Friday evening.

The CBN in May adopted the NAFEX Investor & Exporter forex window rate of N410.25 as its official exchange rate to the dollar.

It would be recalled that in April 2017, the CBN established the I&E forex window as part of efforts to deepen the foreign exchange market and accommodate all forex obligations.

The purpose of the window was to boost liquidity in the forex market and ensure timely execution and settlement for eligible transactions.

The CBN had also disclosed that it was increasing the amount of foreign exchange allocated to banks to meet legitimate needs.

This followed the warning by the CBN Governor, Mr Godwin Emefiele, to Deposit Money Banks to desist from denying customers the opportunity to purchase foreign exchange.

The purposes to access forex included Personal Travel Allowance, Basic Travel Allowance, tuition fees, and medical payments as well as Small and Medium Enterprises transactions or for the repatriation of Foreign Direct Investment proceeds, the CBN had stated. 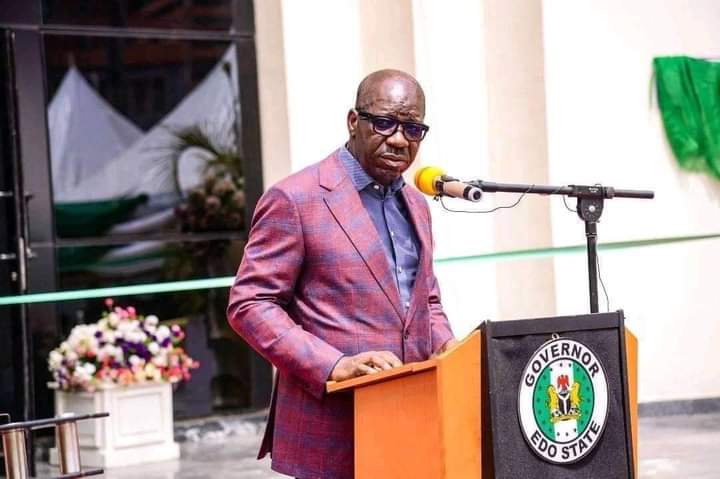 Edo State Governor, Mr. Godwin Obaseki has disclosed that the Edo Refinery will commence operation in August this year

Obaseki made the disclosure after a tour of the refinery, situated in Ologbo, Ikpoba-Okha local government of the state.

Speaking with newsmen, the Edo State governor expressed joy that work on the plant has moved to such a great speed in spite of disruptions caused by the COVID-19 pandemic.

According to him, the
pre-commissioning with the Department of Petroleum Resources (DPR) has been done and the plant certified okay, adding that what is left is to finalize the crude sales contract which would be done in the next two weeks

“Three years ago, the Memorandum of Understanding (MoU)/ was signed. You can see that MoU works. So far, I am very impressed that the plant has moved in such a speed.

“Despite the disruption caused by the COVID-19 pandemic, the refinery is ready to receive crude oil, ready to process and to deliver refined products.

“They have done the pre-commissioning with the DPR and they have certified the plant okay and what we have left now is the final crude sales contract because they have to get crude from Escravos. So I hope before the end of August, they will start lifting products from the plant.”

Also speaking, the Managing Director, Edo Refinery and Petrochemical Industry, Mr. Tim Tian, said “we are glad the refinery will soon commence operation irrespective of the challenges which slowed down work occasioned by the Coronavirus pandemic.”

Tian, who is also Director, EPC Contractor Peiyang Chemical Equipment Corporation, one of the investors, thanked Governor Obaseki and people of Ologbo community for creating the enabling environment for the final stage which according to him is the commencement of full operations in the refinery.

“After that, the refinery will be ready to refine crude oil into other products”, he enthused.

On his part, the Enogie (Duke) of Ologbo, HRH Owen Jason Akenzua, thanked Governor Obaseki and the investors citing the industry in his domain as it is going to improve the lives and well-being of his people when fully operational. 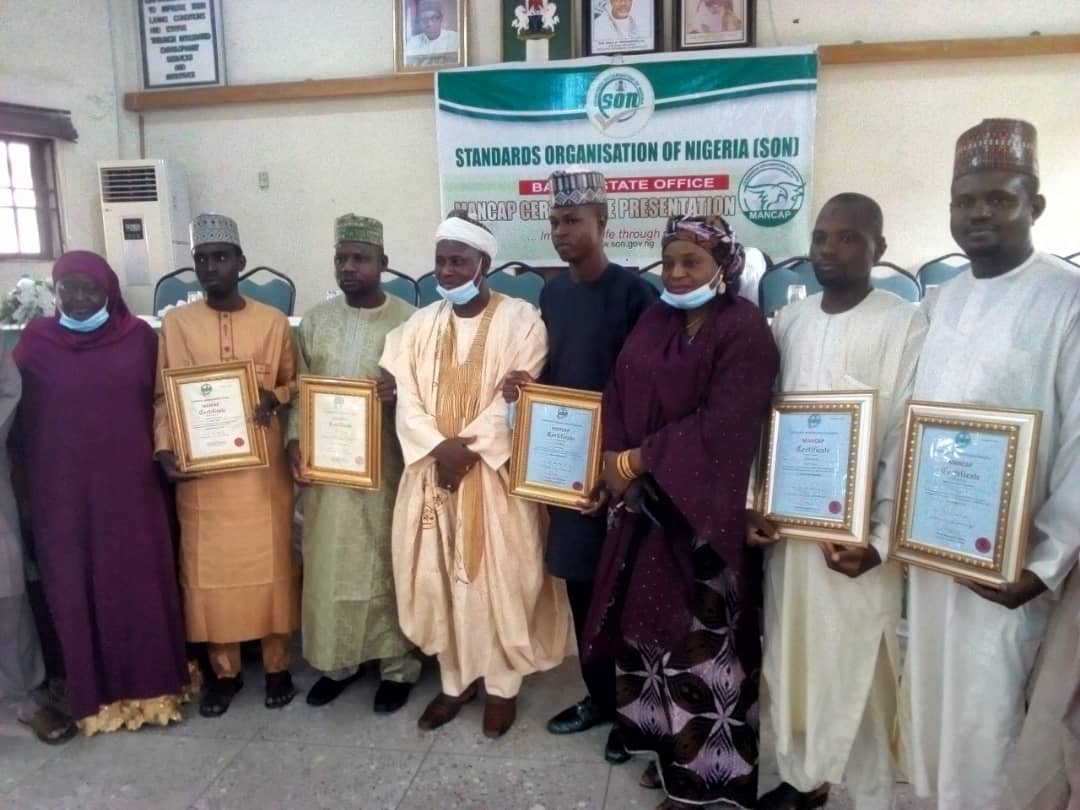 The Director-General of Standards Organisation of Nigeria (SON), Mallam Farouk Salim, has warned manufacturers against producing and trading substandard products in the country.

He gave the warning at the formal presentation of the Mandatory Conformity Assessment Programme (MANCAP) to six manufacturers in Bauchi, saying no manufacturer is allowed to produce or trade substandard products

He said the MANCAP was meen to cover all products manufactured in Nigeria to promote fare competition and distinction between quality and substandard product.

“Through deriving both genuine manufacturers and consumers the opportunity and value for money for good services provided in Nigerian market,” Salim said.

Earlier, Hajiya Hauwa Hussein, The Bauchi state Coordinator, Standard Organisation of Nigeria (SON) explained the significance of the certification was to provide guarantees of safety and confidence to manufacturers and consumers in the state.

She said SON wants to ensure that all locally manufactured products conform with the requirements of the relevant Nigeria industrial standard (NIS) before such products are presented for sale in Nigerian markets.

Hussein said six manufacturers revalidate their certificates while others get new certificates.

She calls on manufacturers to get MANCAP certification for all their products to guarantee and boost global market access, consumer confidence ,wealth creation and employment generation among others.

The Coordinator also Commended the manufacturers for taking the giant strike and quality ambassador to work hard and sustain quality of their products.

She calls on the awadees to display their MANCAP certification mark conspicuously on their products as evidence that their products have been certified.

Hussein however urged consumers to express dissatisfaction, through consumer complaint desks, on any substandard products sold to them in stores, markets or companies.

In a remark, Alhaji Baba Kawuji a Director at the state Ministry of commerce and industry commended the SON for encouraging manufacturers and enabling an environment to produce a quality product for the citizens in the state.

He urged manufacturers who are yet to certify their products to do so, for an opportunity to key into other economic benefits in the state.