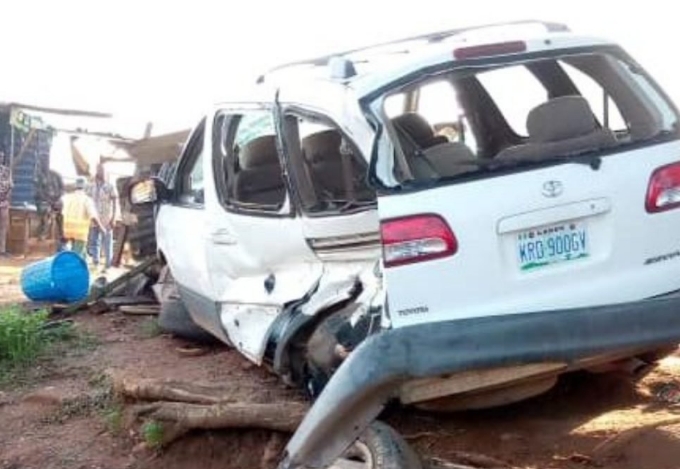 Two persons died on Saturday as a Toyota Sienna car rammed into commuters at Kudigbe, along Arigbajo, on the Lagos-Abeokuta highway, Ogun State.

According to Akinbiyi, the sienna marked KRD 900 GV, had hit a Ford car, registered as AAB 439 XB and a tricycle, with number plate, AKM 791 VP.

He blamed the incident on excessive speeding and loss of control on the part of the Sienna driver.

It was stated that 10 persons were involved in the accident – five males and five females.

“The Toyota Sienna driver was on top speed and in its attempt to avoid a pot hole, lost control and ram into commuters by the road side, who were waiting to board a bus to their destinations,” Akinbiyi explained.

Consequently, a minor and an old man were said to have died, while seven other were injured, with one person escaping unhurt.

While saying the injured victims had been taken to Ifo General Hospital, Akinbiyi hinted that the deceased ones were deposited at the morgue of the hospital.

One Dead As Classroom Collapses On Three Female Students In Ogun