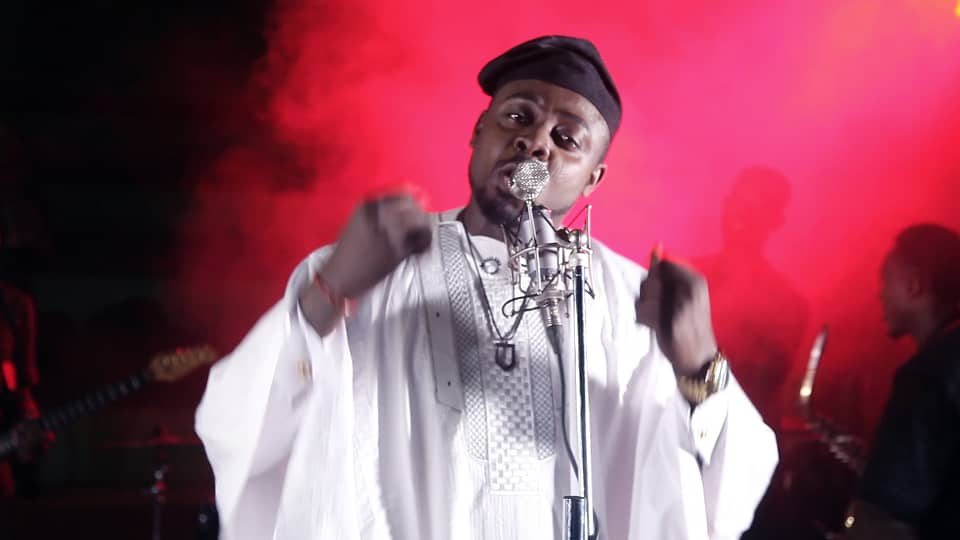 Music is a medium of communication; it is one way people send messages, music can either be pop, reggae, highlife e t c. Some people take music as a means of livelihood but other do it for fun or as calling. In this interview with Cole Uyiekpen Manners ( CEO) Talents Of Benin, x-ray what form his choice of allying with highlife music: he speaks with our guest writer Timothy Omobude.

My name is Cole Uyiekpen Manners ( CEO) Talents Of Benin Entertainment, TOB, a Benin by tribe and an Edo man to the lettersi’m the son of the legendary Idamudia Cole. I’m a musician, i play highlife music.

When did you start your musical carrier?

I have being into music for the past fifteen years, as a professional musician, i was born into music, so music is me and i’m music. I grow up from a music home, i leant the art of music from my father.

Why highlife music as your choice ?

Do you think, you drive home your message when you push it via highlife 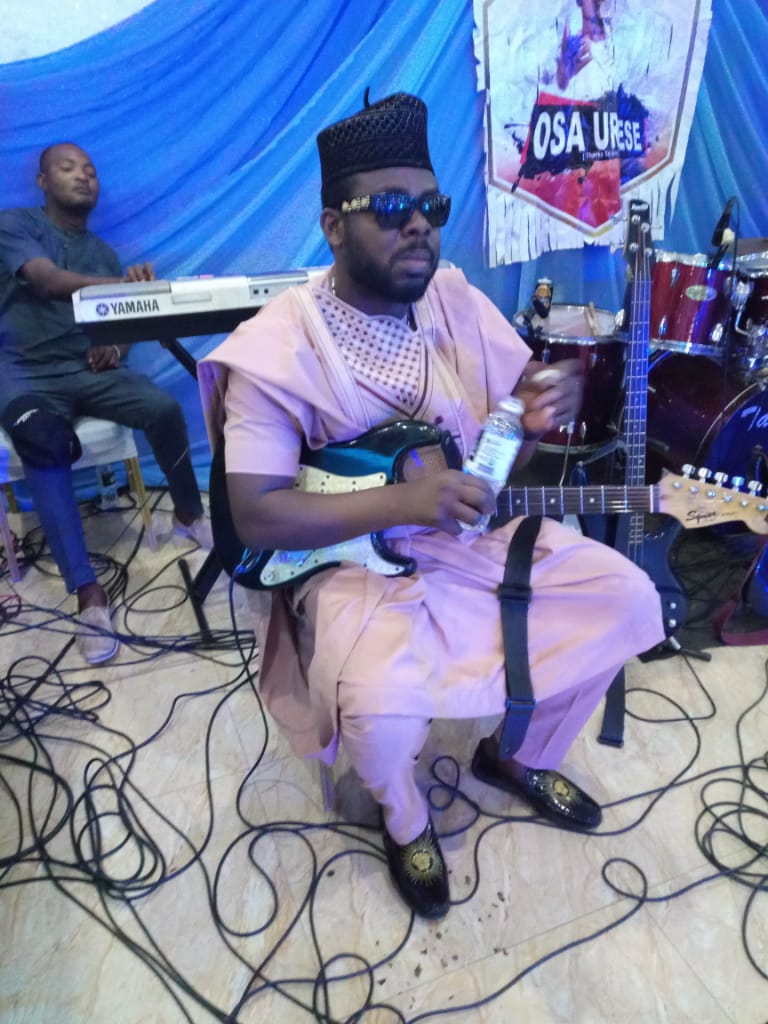 Yes, that is the best way i can express myself musically, although music is a way of life in my family. I have played with some many other artist then in Lagos before moving to Benin City to start up my own band. That is why i’m maintaining my father stage name Talent of Benin, TOB.

Which musical instrument do you play best?

Ah, i can play every musical instrument but i’m a genius in the art of playing drum, i enjoy playing drum. So music is my calling.

What has been the challenges you face?

My challenges occurred while i was in Lagos, i was not haven my band, no finances, trying to meet up with this digital age.

How many album do you have?

So far, i have just one album but I have numerous tracks, i’m launching another album early next year before easter celebration.

Which among your tracks is your best

My best tracks is OSARUESE because is all about praising God.

As entertainers, do you enjoy the needed synergy from the present state government in Edo?

Yes, i’m a member of Performing Musicians Association of Nigeria, PMAN, i will commend the governor, we have had meeting with the governor were he solicited for partnership, he showed us how he is keen on developing that state entertainment industry and we are confident on him because is music is life.

What is the correlation between the music genre with what your father played?

Personally, i can not compare them, for me i went to music school. But some of us are doing wonderfully well, if you listen to EDO LEGEND SONS the 24 beats (story story) produced by one Osarobo Osa’s, we the young musician sang the songs from our heath and at the end the song was lovely and went viral, i don’t know if you have listen to it. Mr Osarobo is trying to put another one in the United Kingdom which is coming up soon. Our fathers also did excellently well musically.

They should stick with one type of music, remain focus and shun negative vices. They should not look for the money at the beginning. 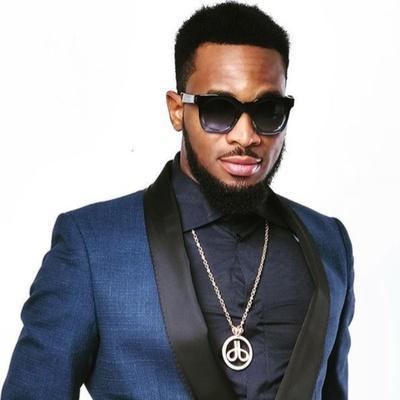 The Independent Corrupt Practices Commission (ICPC) on Friday freed Oladapo Oyebanjo, popularly known by his stage name D’banj who was arrested and detained over the alleged diversion of N-Power funds.

The popular singer who was arrested on Wednesday was alleged to have connived with some politicians and banks to divert the fund.

According to Vanguard, the singer was released on Friday after three days of detention in the custody of the commission as the investigation continues.

The music star was freed on grounds that he may be summoned later for further investigations.

Recall that D’banj’s lawyer, Pelumi Olajengbesi had, in a statement, demanded the release of his client, asking the National Assembly to wade into the matter by probing the allegations levelled against him. 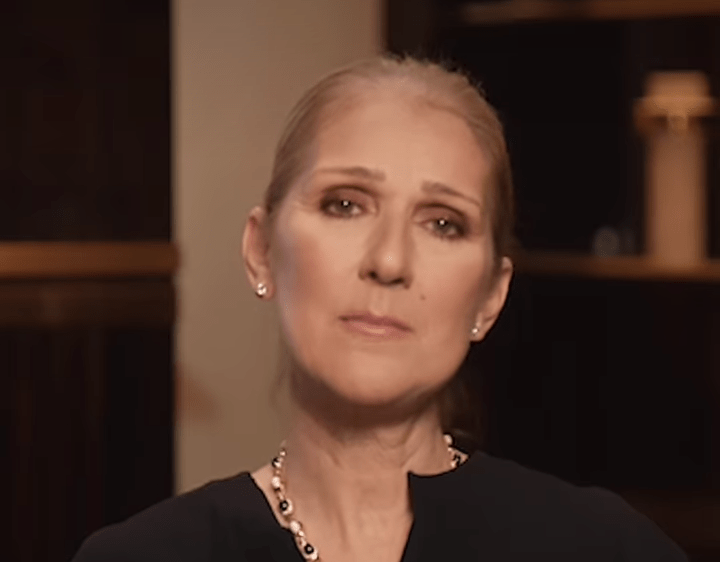 Veteran Canadian singer, Celine Dion, has opened up on her battle with Stiff Person Syndrome, a neurological disorder that causes one’s muscles to tense uncontrollably.

The 54-year-old made the announcement in a video on her Instagram page on Thursday, where she disclosed that her 2023 shows had been moved to 2024.

She noted that the rare disease, which occurs in one in a million people, had caused her to have spasms.

The Power of Love singer said, “Hello everyone, I’m sorry it’s taken me so long to reach out to you. I miss you all so much and can’t wait to be on stage talking to you in person.

“As you know I’ve always been an open book and I wasn’t ready to say anything before but I’m ready now.

“I’ve been dealing with problems with my health for a long time and its been really difficult for me to face my challenges and to talk about everything that I’ve been going through.

“Recently, I’ve been diagnosed with a very rare neurological disorder called the stiff person syndrome which affects 1 in a million people.

“While we’re still learning about this rare condition, we now know this is what’s been causing all the spasms I’ve been having.”

The caption of the video read, “Celine Dion reschedules Spring 2023 shows to 2024,and cancels eight of her summer 2023 shows.”

Nigerian singer, Oladapo Oyebanji, popularly known better as D’banj, has called on the Independent Corrupt Practices and other Related Offences Commission (ICPC) to carry out its investigation thoroughly while urging the general public to resist the urge to buy into media sensationalism.

He lamented that the media has been awash with reports of him being in ICPC’s custody concerning unestablished allegations of fraud.

He said it has become crucial to make a statement for clarity and to set public records straight.

This was contained in a statement issued on Wednesday by Maryam El-Yakub Musa, the legal adviser to D’banj.

Recall that ICPC on Wednesday confirmed the arrest and detention of D’Banj, over the investigation of fraud associated with the N-Power Programme.

However, D’banj said he has no contractual or incidental relationship whatsoever with any group or persons within or outside the Government.

Part of the statement read: “It is instructive to state foremost that the report concerning the arrest and detention of Mr Daniel Oladapo Oyebanjo is misconceived, malicious and prejudicial to the justice system anywhere in the world, and we would advise that the general public be well guided.

“For the record, D’banj has no such contractual or incidental relationship whatsoever with any group or persons within or outside the Government in relation to the disbursement, operations, access or control of the operation of any government fund through an agency or its subsidiaries.

“D’banj has encouraged the Commission to carry out its investigation thoroughly to ensure that characters attempting to bring him into such ridiculous activities must be brought to book.