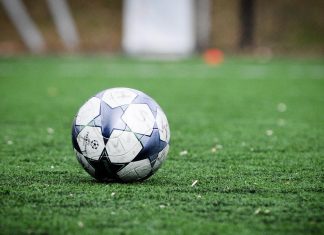 News
Benard Ogbe, the coach of Bendel Insurance Football club of Benin, has expressed the readiness of the team ahead of the January 16 kick... 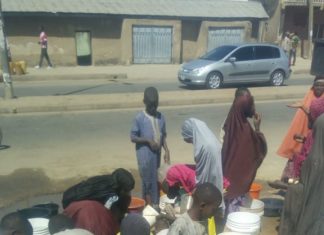 Metro
The people of Bakin Kura and Kankarofi communities in Bauchi metropolis have decried shortage of pipe borne water supply in their areas, saying the... 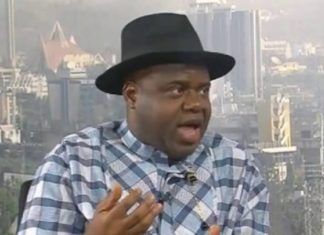 News
...Says He Needs Three Months To Appoint Commissioners Governor of Bayelsa State, Douye Diri, has announced donation of the N 40 m awarded by the... 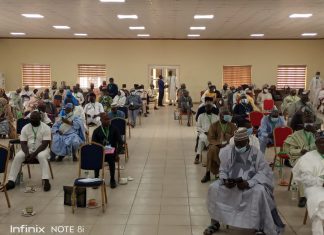 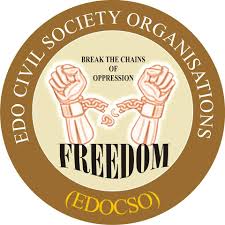 Edo Civil Society Organisations, (EDOSCO), has sets up an Interim Executives to oversee the conduct of an election of new  executives to pilot its affairs for the next three years.

EDOCSO outgoing Public Relations Officer, Osazee Edigin, while addressing journalists on Wednesday in Benin after an enlarge meeting where the former executives were dissolved, said the committee is to put modalities in place towards the emergence of a new executive council.

Those elected were Comrade Curtis Ogbebor as Chairman while Comrade Dickson John serves as secretary.

Edigin, while thanking EDOCSO for the opportunity given to them to have served, said members should rally round the Interim Committee to succeed in bringing about the new executives.

“All comrades are required to give them all needed support as they pilot the network’s activities in the interim pending the emergence of substantive executive council.

“We would like to appreciate all members of just ended executive council tenure for their selfless and resilience in the past three years in bringing the network to an enviable height even without salaries or stipends”, he said.

Responding, Comrade Curtis Ogbebor, Chairman, Interim Committee, said he would work in line with the Constitution to ensure the progress and sustainability of the civil society network.

“I will continue to put more effort, act in Human Rights Violation: EDOCSO, CLEEN Foundation Want Govt To Strip Police Right Of Prosecutionsconsonant with the constitutional provisions of the network, work in synergy with stakeholders and all members of the network to ensure the progress and sustainability of the network”, Ogbebor said.

Just In: Over 3,000 post-UTME Candidates’ Fate Hang As UNIBEN Servers... 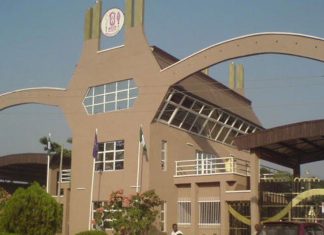 Education
... Campus In Total Blackout The no few than 3,500 post-UTME candidates who sat for the examination in the University of Benin, UNIBEN, on Tuesday,...