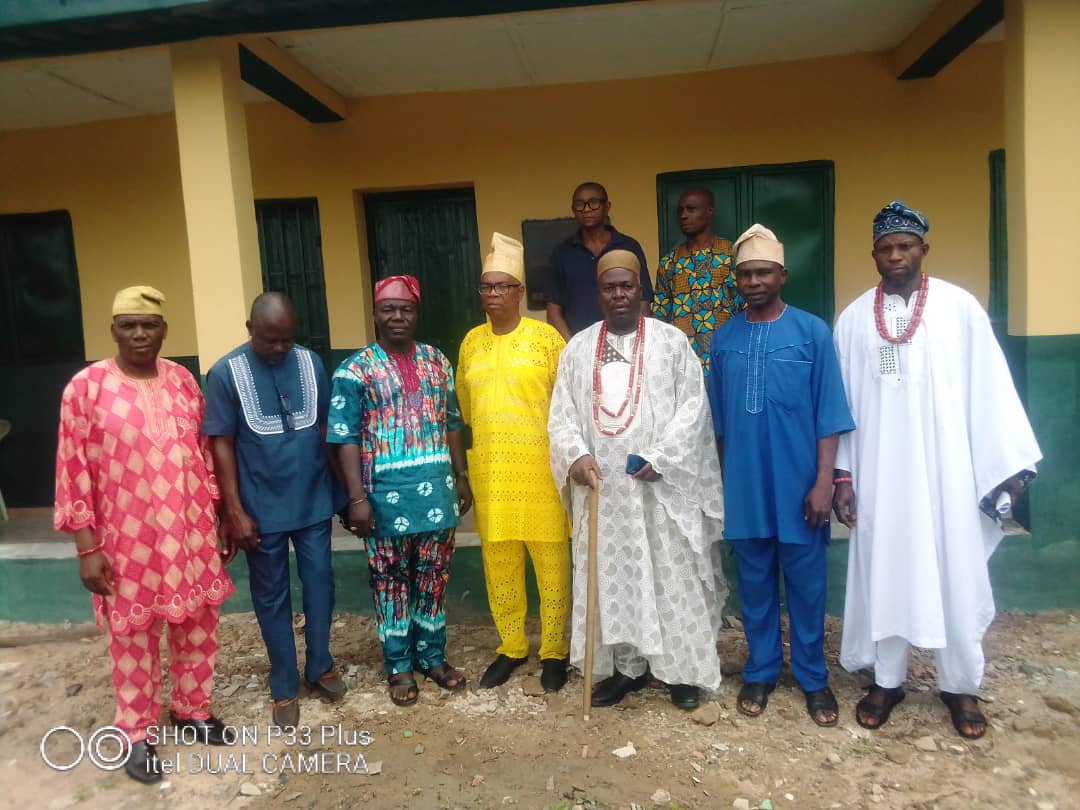 The Onise of Odo Oro-Ekiti in Ikole Local Government Area of Ekiti State, Oba Babatunde Jemilehin, ALADESODEDERO I, has appealed to the state government to renovate and construct the dilapidated classrooms at the St Thomas’ Catholic Primary School in the community.

Also, the coordinator of the Old Students Association, Prince Segun Okunoye, said there was need for the government and other stakeholders in the education sector to save the school from total neglect in the interest of the young pupils.

They both spoke in Odo Oro-Ekiti at the weekend during the handing over of a newly renovated block of three classrooms by the old students to the school management and the school officials.

Oba Jemilehin, who lamented the unpleasant experience of the pupils under the deplorable classrooms especially during raining season, said solid and conducive infrastructures remained one of the measures in the standard of education in any society.

READ ALSO: Atiku Will be Defeated In North-East – Gombe Gov

While commending the old students for the timely gesture of renovating the block of classrooms as the pupils resume for the new academic session, the traditional ruler reiterated the need for the state government to act fast in giving the pupils a befitting and conducive learning environment.

According to him, “The buildings in this primary school have been in very terrible dilapidated forms for a long while. That has been source of concern to not only the school management, but equally to me as the traditional ruler of the town and the generality of the odo Oro Ekiti indigenes.

“The harrowing experiences the pupils go through to study in such a deplorable condition and the effects on their psychology as they visit others schools with good structures cannot be over emphasised. Their teachers too are not left out in the trauma of teaching pupils drenched whenever it rains

“It is in the spirit of this understanding that I am making this passionate appeal to the government to come to the aid of our primary schools in Odo Oro Ekiti.”

Okunoye explained that the old students were moved by the pictures and videos of pupils learning under the deplorable structures and decided to pull resources together in the renovation of the block of three classrooms.

He noted that there was need for the people to collaborate with the government in improving the standard of education especially the basic, adding that government should be deliberate in attending to the other blocks for the pupils to be motivated in learning.

“With the limited resources available to us, we set to work and the complete renovation of the building we are handling over today was completed in August this year, preparatory to the resumption of academic activities for the new session.

“We, however, regret to say that of the four buildings that need immediate attention, we could only handle one, while the remaining three are in their dilapidated shapes as we can all see. It is therefore on that note that we want to call on the state government, the State Universal Primary Education Board and other governmental agencies that are stakeholders in the administration of primary school education, to urgently come and assist in renovating the remaining buildings in this school.”

Speaking, the head teacher of the school, Chief Idowu Adeyemi, commended the old students for the gesture, which she said would go a long in ameliorating the suffering of the pupils and staff.