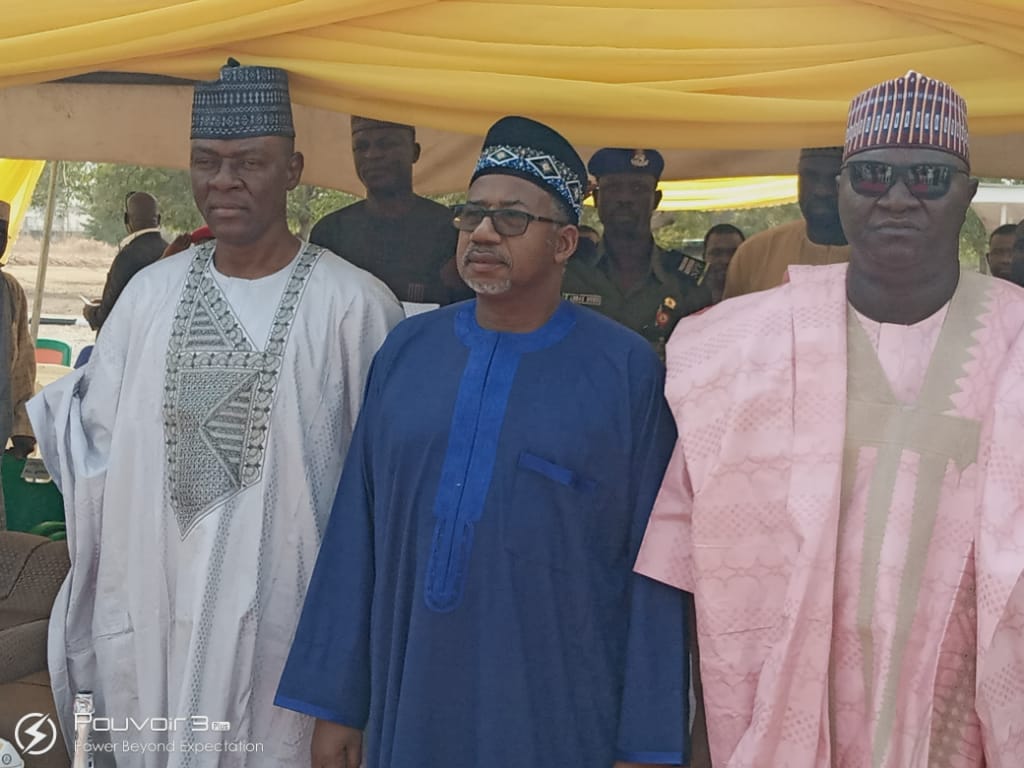 Mohammad made the pledge during the ‘End of Year 2019 West Africa Social Activities’ (WASA) of 33 Artillery Brigade, Shadawanka Barracks, Bauchi.

The governor who appreciated the efforts of the Nigeria Army and other security agencies toward ensuring peace and making Bauchi a non threat state, said the donation was to encourage soldiers to fight insurgencies knowing that their women folks would continue to support their course.

“In order to add support to our women folks and children in the barrack, on behalf of myself and the government of Bauchi State, appreciate the role played by NAOWA and all the barrack Community.

“We are therefore intending with our empowerment programme, donating the sum of N10 million to NAOWA, so that the barrack community will be empowered to make sure that our soldiers are going to fight the insurgents outside with their eyes closed and knowing that their women folks would continue to support them,” Mohammad said.

The governor further pledged to give the required logistic support to the force in the state so as to enable them perform optimally in the discharge of their duties.

Earlier speaking, Commander, 33 Brigade Artillery, Brig Gen:- Michael Durowaiye, Said the event was to mark the end of 2019 training year and to usher the troops into the new training year of 2020.

He said it was also for the officers to celebrate with their families and friends in the larger society, having succeeded in achieving the goals of the previous year.

He added that the social event was also to energize the troops and give them morale to accomplish the training goals of the current year.

“The event is also aimed at appreciating the rich and diverse culture of Nigeria among the troops and our families within the Barracks.

“It is equally designed to bring families of officers and soldiers and our friends from larger society together in an informal setting to mark the end of the training year,” he said.

He also said that despite the numerous security challenges, the Nigeria Army would continue to strive and live up to its expectations.

“Our troops had been trained and admonished and are ready to remain law abiding and professional in the discharge of our constitutional role,” he assured.

Others include; Thug of War competition between the female Nigeria Army, Bauchi and National Youth Service Corps members serving in the barrack and also between the male Nigeria Army Officers and officers of the Nigeria Security and Civil Defence Corps (NSCDC), Bauchi.