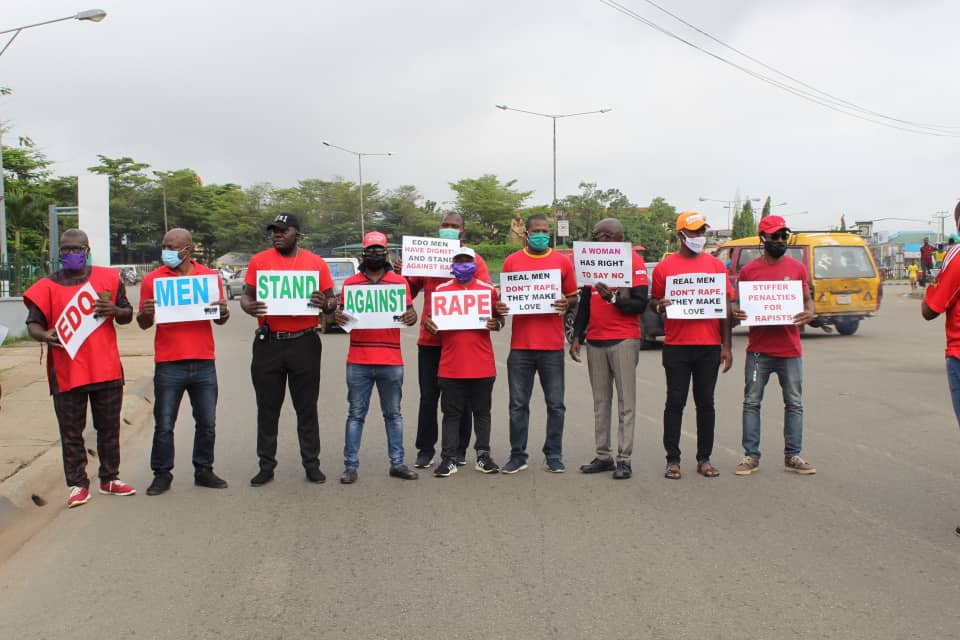 Men under the aegis of Edo Men Stand Against Rape has recommended Incarceration and other severe punishment for people who indulge in rape.

Speaking, one of the men who was part of the rally, Destiny Enabulele, said rape is alien to our culture, and so should not be condoled or handled with levity. 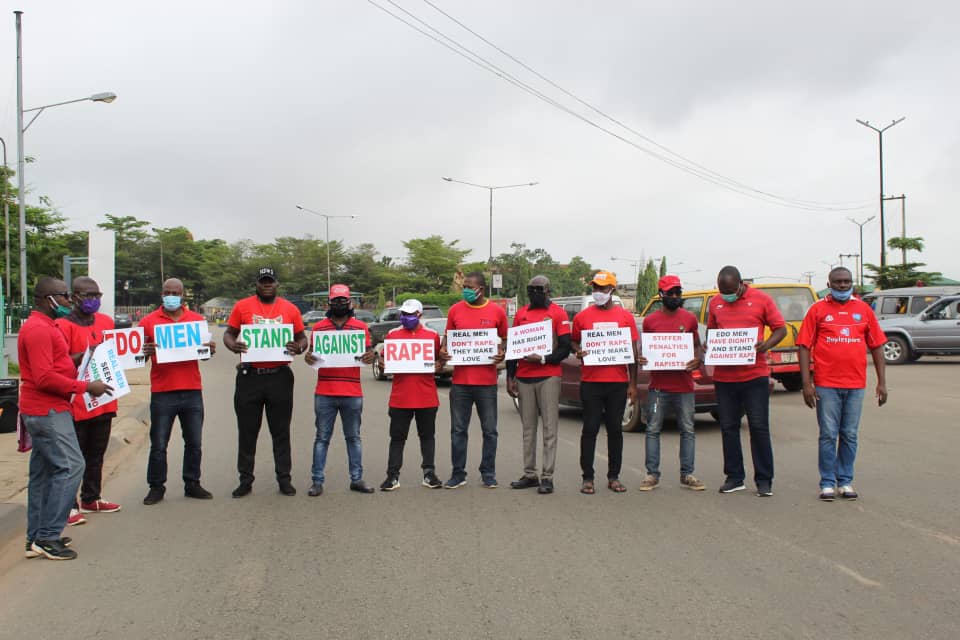 A cross section of Edo Men Stand Against Rape

Enabulele who is the Chairman of Ovia South West LGAs of Edo State said, “Rape or any form of domestic violence is alien to our culture, and so we shouldn’t allow it. For me, the punishment for rapist should be incarceration. Their male genitals should be revomeved, so that they will feel the pain for life. What they inflict on the female folk is a lifetime pain, so they should feel it too for a lifetime”, he added.

On his part, Barrister Sanni Momodu, Edo State coordinator, National Human Rights Commission, said uprise in the cases of rape in the nation made them to create the awareness that it should be stopped.

Momodu noted that a girl saying no to a man’s sexual advancement is not enough reason for man to forcefully sex (rape) her, just as he lamented that the Commission has been inundated with several cases of sexual and other domestic violence.

He said, “There is uprise in the cases of rape. The National Hunan Rights Commission has been inundated with series of cases and sexual and Gender-Based violence of recent. We have been having such cases, but of recent it has increased. There is no need for you to rape . If you approach a girl for sex, and she refuses, let her go, it doesn’t mean that you have to look for other means to force her. 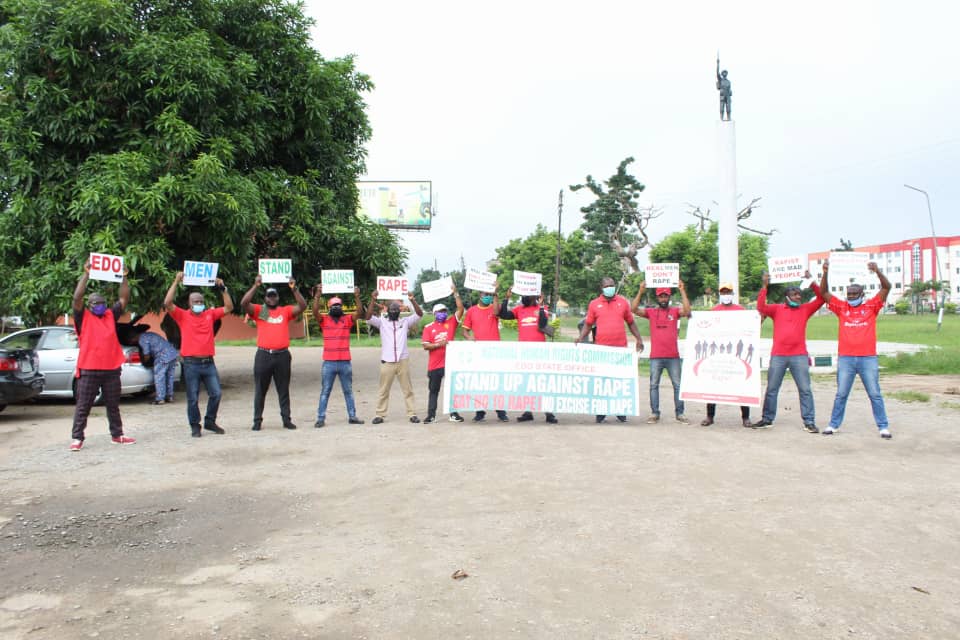 “We are here to say men should stop forcing ladies for sex. We are calling on all men to stop it.”

Also speaking, Dr. Jude Obasanmi noted that they decided to lend their voices to the current challenges and accusation that men rape.

He stressed that they are not rapists, adding that no real man with his sense intact involves in rape, but rather seek a lady’s consent if he wishes to have sexual intercourse with her.

He noted, ” Real men don’t rape. So, we are out to create awareness that real men don’t rape. It is those who do not have the courage to approach a woman that goes into rape. A woman has right to say no, and that must be respected. A man has no reason whatsoever to rape a woman. You are expected to approach her, and if she turns down your proposal, you leave it like that.

“With due respect to men, I want to say men who indulge in such act have a problem of phobia and mental problem, and they should approach a psychologist for assistance because I believe it is not ordinary.”

The men had earlier taken an oath against rape before embarking on the peaceful campaign. 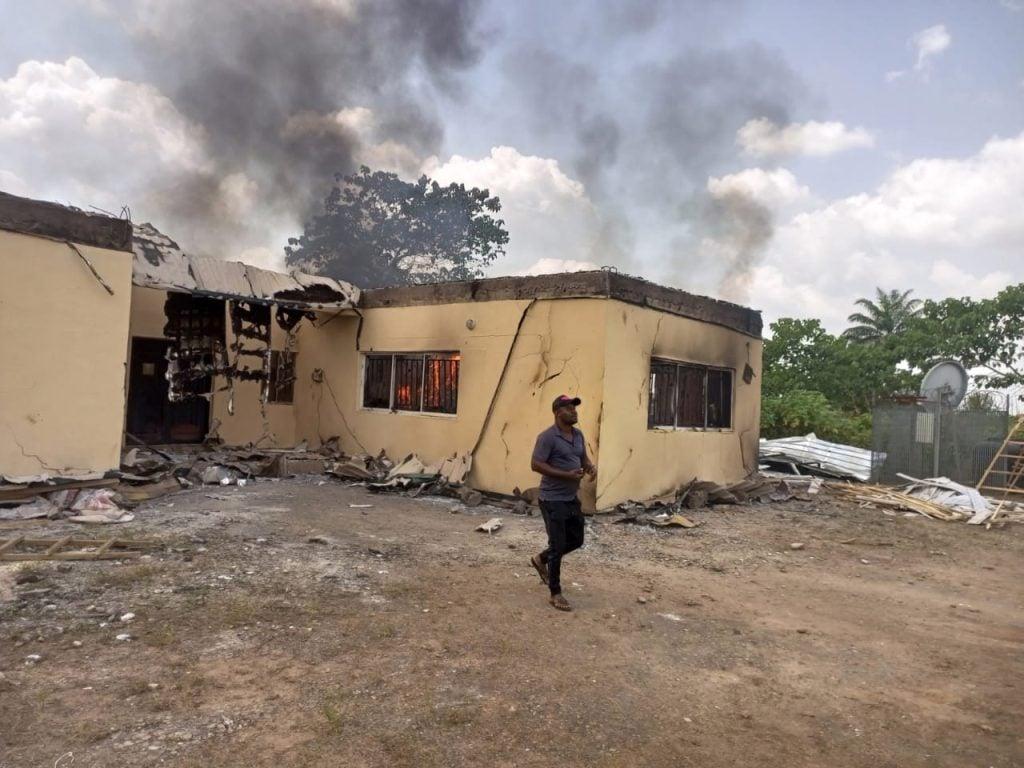 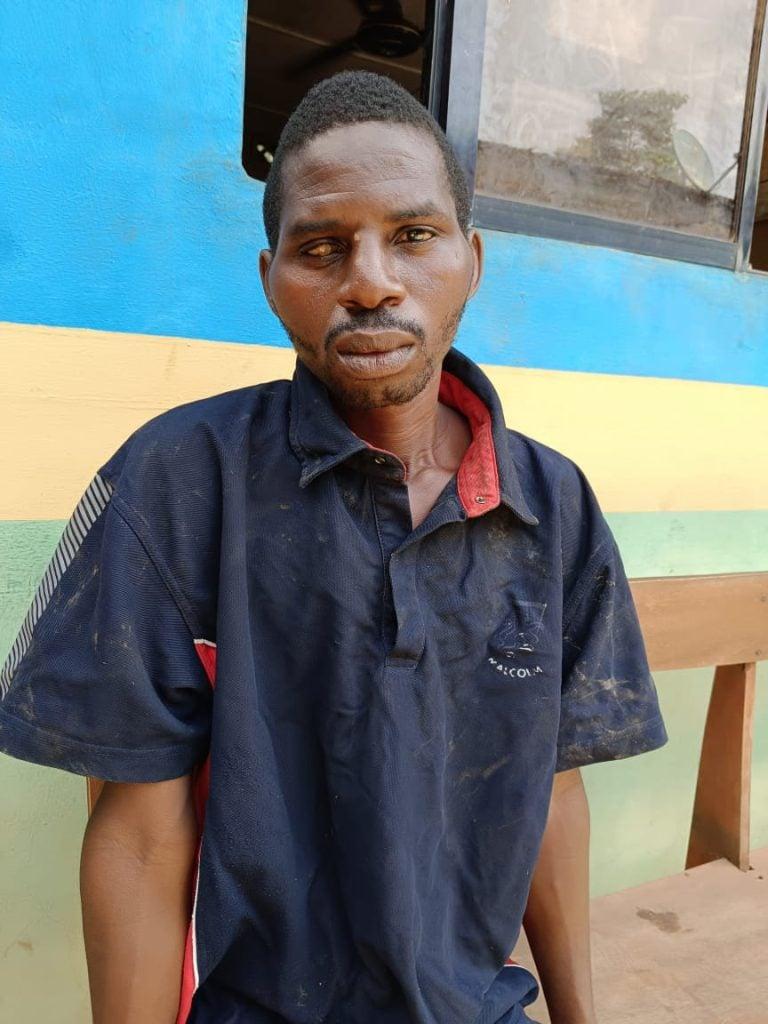