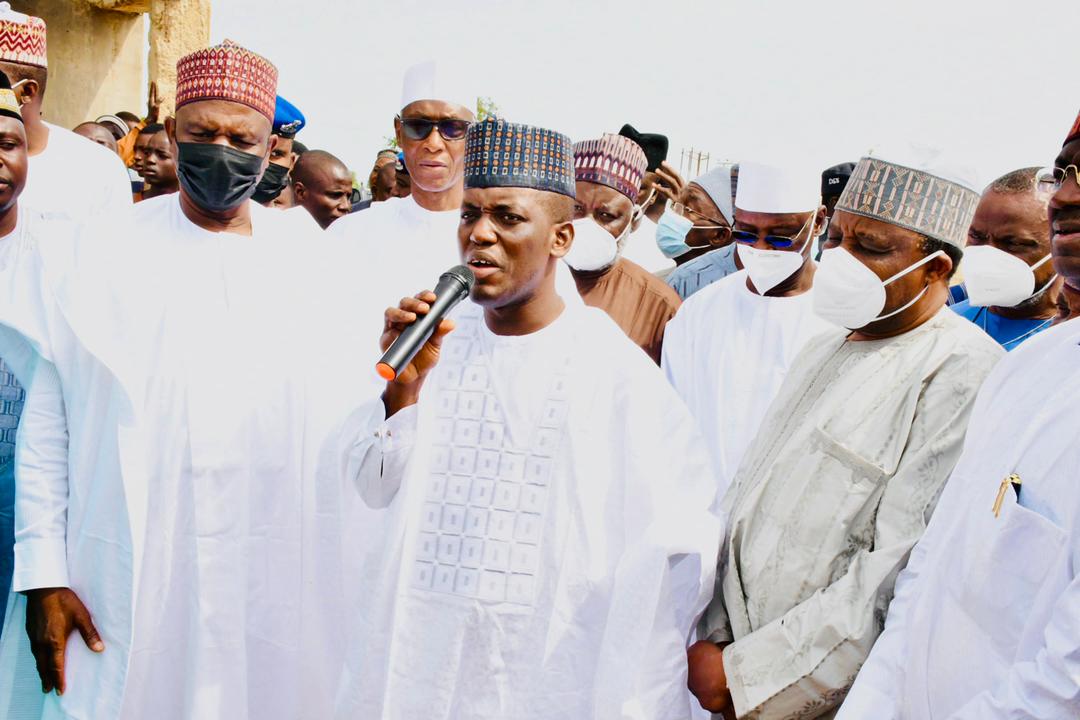 The Northeast Development Commission (NEDC) has commenced the construction of an International Cattle market at Soro village in Ganjuwa Local Government Area of Bauchi State to check the trend of accidents caused as a result of stray cows, a development that has posed as danger to the lives of residents in the area.

The member representing Darazo/Ganjuwa Federal Constituency in the House of Reps, Mansur Manu Soro, who made the disclosure while briefing the State Deputy Governor, Baba Tela and the MD/CEO of NEDC, Dr Mohammad Goni Alkali, during an on the spot assessment of the relocation of the market to another site, said that no fewer than 10 person have been killed by stray cows over the years during market days due to the citing of the market, close to the residential area.

“We are worried by the lost of lives in the cattle market, so I moved a request on the floor of the House and my request was forwarded to the NEDC for intervention. I am very happy that today, the project is moving on well”.

“Considering the size and volume of cattle that come in every market day, we decided to expand the market to conveniently accommodate 3000 cattle at a time and make business transactions easier for the people,” he said

The lawmaker said that when completed, the new cattle market will reduce congestion on the main highway and reduce the risk of people getting killed by oncoming vehicles during the market days.

Also Speaking, the Managing Director and CEO of NEDC, Dr Mohammad Goni Alkali, said that the Commission agreed to construct an international cattle market in Soro in order to safeguard the lives of the people of the town who have fallen victim of attack by stray cows.

Goni Alkali, who expressed satisfaction with the quality of the work done so far, assured that the project will be completed by the end of 2021 and will be commissioned for use by the early 2022.

He assured that all the necessary amenities such as electricity, water, public VIP toilets and other conveniences will be provided within the market for ease of doing business, pointing out that it is part of the mandate of the Commission to intervene in areas that will make life easier for people of the North-East subregion.

“I have known about this market since my school years and I know how important it is to the people of the area. Based on the information we have, we decided to relocate the market to a more safer and better place,” the NEDC Boss said

Bauchi State Deputy Governor, Sen. Baba Tela who led the inspection visit, expressed happiness over the project, saying that it will go a long way to decongesting the town on market days as well as safe lives of innocent people who had fallen victim in the past.

Baba Tela however pointed out that provision should be made to make business transactions in the market easier considering that Nigeria has joined the cashless society calling for mobile banking on market days.

The Deputy Governor also commended the NEDC for accepting to construct the modern cattle market in Soro as well as other interventions in the state since it was established.

Chairman, Senate Committee on Special Duties, Yusuf Abubakar Yusuf stressed the need for ownership of the market in order to make it viable and durable saying that, “when the people are involved, they tend to be more involved in the project”.

The new international cattle market will have 48 locked up stalls, two restaurants that can accommodate 100 people at a time, a 200 capacity mosque, a mini cattle clinic, two boreholes and VIP toilets.