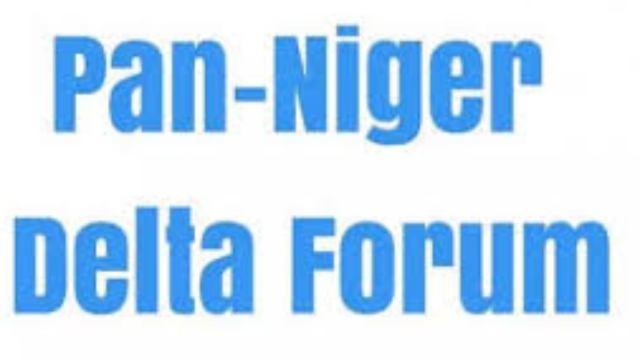 Worried by the incessant insecurity challenges and the threat it poses to life and economic development in country, the Pan Niger Delta Forum (PANDEF), weekend, called on South South governors to establish a regional security architecture in the Niger Delta

In a communique issued at the end of the a expanded national executive committee meeting of the PANDEF which held in Benin, they said it is imperative to set up a regional security in a bid to mitigate insecurity in Niger Delta areas.

The communique signed by the National Chairman, PANDEF, Idongesit Nkanga, who commended the South West governors for their resolute to establishing a regional security architecture codenamed “Amotekun”, noted that they are ready with a regional security blueprint and would submit it to the governors as they meet.

Part of the communique read, “Therefore urge the South-South Governors to as a matter of urgency meet and organise a similar regional security and development initiative, as the Niger Delta region is under existential threat,”.

They also called on Governors of South South region to reactivate the Bayelsa, Rivers, Akwa-Ibom, Cross River, Edo and Delta (BRACED) Commission to fast track socio-economic development in the region.

Other resolutions adopted include: pleaded with the federal government to begin constructive dialogue process on the restructuring of the country to guarantee harmonious and peaceful coexistence.

They further called on the federal and state government to take urgent steps to address the dearth of infrastructure in the region, particularly the completion of East-West road as well as the commencement of work on the coastal and railway from Lagos to Calabar.

The former Inspector General of Police who was represented by the vice chairman, Sunny Idubor proposed
some development ideas to help check youth restiveness, crime and idleness.

Some of the points he suggested are resuscitation of moribund manufacturing industries in the state such as Bendel breweries, Bendel Pharmaceuticals, Okpella cement factory, Ewu feed/flour mill, Michelin/Parmo plantations and Edo textile mill; Sports development, certification of Artisans, among others.

Advertisement
Related Topics:InsecuritySecurity
Up Next