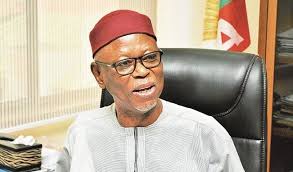 I have read with utmost disappointment what Chief John Odigie-Oyegun called a public press statement and paid adverts in two national newspapers or more to express his views on party matters. As a former National Party Chairman, he ought to know the medium to express such views except they are phrased to serve the ulterior motives of interests of those he wants to satisfy.

Ordinarily, I would not have responded to the lazy issues he raised in the press release, but I am compelled to put the records straight in view of the fact that he has thrown these views into the public domain and his ulterior motive was to build public opinion against the National leadership of our great party, the APC.

In his first paragraph, he alluded to the fact that the President had firmly endorsed the agreement reached to settle the disruptive leadership crisis with the National level and that in his own view what was most immediately relevant was that both governors of Edo and Ondo states be returned having performed creditably UNLESS they do not so wish.

It beats my imagination that Chief Odigie-Oyegun would make these assertions given his position as a former National Chairman of our great party and the basic expectation that he ought to know that our dear President Muhammadu Buhari, being a democrat and a progressive and despite his overwhelming performance and strong party cohesion, subjected himself to party primaries in the build-up to the 2019 general elections. He allowed other aspirants to contest with him knowing that no portion of the APC constitution states that a President or Governor ” have performed” should be given “right of first refusal”.

READ ALSO: Opinion: Indabosky And The Emperor Of Rivers

Hence, even in the last NEC meeting, the president publicly admonished all APC members to be guided by the dictates and content of the APC constitution.

Chief John Odigie-Oyegun in his attempt to suppress the facts and sell the failed imposition of Governor Obaseki gave three watery reasons and in effect exposed the reasons why Governor Obaseki does not even merit being allowed to contest nor given the ticket of our great party, APC, for the second term. I will take the pain to explain these reasons and the true positions.

First, Chief John Odigie-.Oyegun claimed that Governor Obaseki has not offended any aspect of the APC constitution nor has he in any way brought the party to disrepute. However, real facts show that the Governor has repeatedly violated Article 21A, section III of the party constitution that condemns disobedience and negligence in carrying out lawful directives of the party.

Recall that the National Working Committee, which is an organ of the party, had directed Governor Obaseki to issue a new proclamation letter and ensure that the exempted 14 APC Edo State House of Assembly members-elect are inaugurated. To date, 9 months after the directive of the NWC, Governor Obaseki has refused to obey or carry out this lawful order.

Furthermore, Governor Obaseki violated with impunity Article 21 sub-section VII of the party constitution that outlaws flouting the rules, regulations, and decisions of the party, engaging in dishonest practices and thuggery. Numerous APC leaders in Edo state have been victims of Governor Obaseki’s blackmail, intimidation, and thuggery demonstrated in the demolition of hotels and other properties belonging to APC members, illegal dismissal from work, illegal removal of elected council chairmen and councillors, public harassment of the National Chairman including the blockage of the entrance to his private residence in Benin, and sponsorship of hoodlums to attack him at the Benin airport.

Secondly, Chief John Odigie-Oyegun claimed that Obaseki’s time has heralded peace and freedom for the ordinary Edo man and woman, and that the governor’s popularity has grown tremendously across party lines.

Chief John Odigie-Oyegun can be pardoned for this false assertion because he does not reside in Benin or any part of Edo state any more. In fact, he has always been an Abuja politician even when he was the National Chairman of the APC. He has lost touch with Edo people as well as with the events and developments at the grassroots.

A practical evidenced is the loss of his polling unit, ward, and local government in all elections when he was then National Chairman of the APC and even till date. Coincidentally, he comes from the same local government area as Governor Obaseki where our party has incessantly suffered defeats at the hands of the PDP especially during the Presidential and National Assembly elections of 2015 and 2019 – today, Governor Obaseki and Chief Oyegun are being represented by PDP Senator and PDP House of Representative members at the National Assembly.

Moreover, if Governor Obaseki’s popularity has indeed grown tremendously across party lines as Chief Oyegun claims, then he should have no problem putting such rating to test, first with members of the APC through a direct primary so that Edo APC party faithful can demonstrate their love and wide acceptance through their votes rather than seeking the RIGHT OF FIRST REFUSAL that is undemocratic and alien to our APC constitution.

Finally, contrary to his claims, Chief John Odigie-Oyegun was never excused from conducting or performing his duties as the APC National Chairman in the 2016 Edo governorship primaries nor did he excused himself even though we all knew who his preferred candidate was. Then, where now lies his double talk or statement to the present National Chairman?

I would want to appeal on behalf of the teaming supporters of the Edo state APC, the general public and the national leadership of our great party to watch out for more of such sponsored press campaign by Governor Godwin Obaseki and his co-travelers like Chief John Odigie-Oyegun whose diminished electoral value in Edo state has become a liability to the APC.

Edo state is APC and will continue to be an APC State because of the belief of Edo people in the able leadership style of President Muhammadu Buhari and the National leadership of our party, the APC. 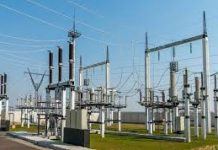 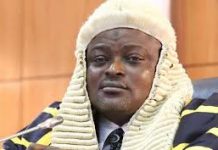 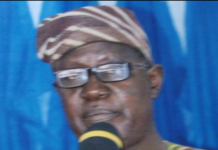 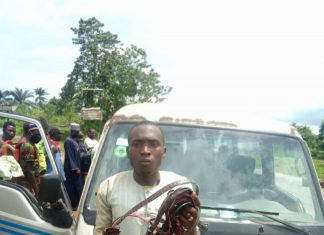 News
Suspected bandits, in a commuter bus were Sunday, June 21, intercepted by the adhoc men of Amotekun corps, state of Osun, at Ikire while...

Crime
The Ekiti State government has published the names and faces of two convicted sex offenders. This is part of measures adopted to reduce incidences of... 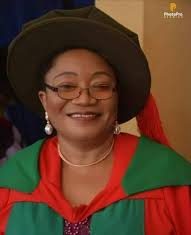 Coronavirus
Nigerian Nationals who went abroad before the country lockdown its airports to international flights, over the Covid-19 have appealed to the Federal Government of... 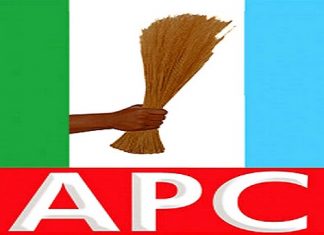 APC
The Minister of Niger Delta Affairs , Godswill Akpabio, has withdrawn from the planned Akwa Ibom North -West senatorial rerun election. The Minister, who was...