National Human Rights Commission says it will not fold its arms and watch while law enforcement agencies, entities or individuals continue to trampled and violate the fundamental human rights of Nigerians.

Tony Ojukwu, Esq, Executive Secretary of the Commission disclosed this in Benin on Monday March 2, at a public sitting on Special Investigation Panel on Sexual and Gender-based Violence (SGBV) in Nigeria, organised for the South-South geo-political zone.

SGBV was set up April 2019 as a result of complaints received after security men led by the Abuja Environmental Protection Board (AEPB), under the auspices of FCT Task Force raided night clubs and the streets of Abuja.

READ ALSO: N700m Fraud: ‘We Did Not Charge Anenih Alongside Ize-Iyamu, Others’ – EFCC

Ojukwu said enssence of the SGBV Panel sitting was to check the scourge of sexual and gender-based violence in the country and increase access of Nigerians to the services of the Commission. 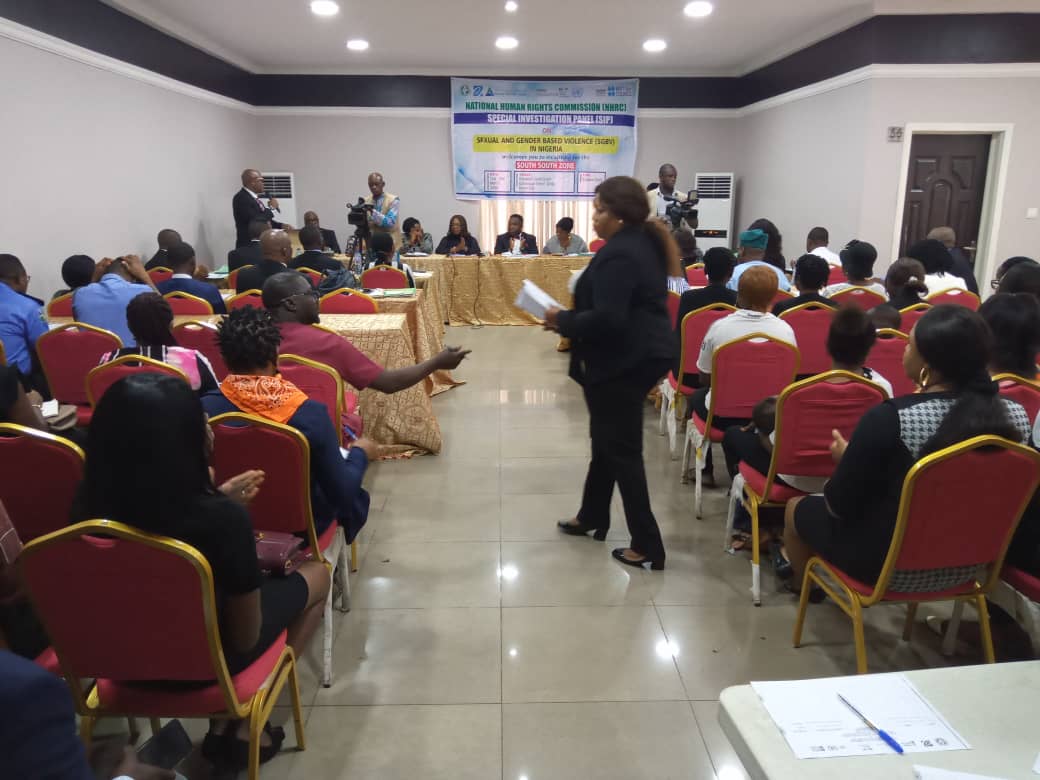 He added that the aim was to seek accountability where there is evidence to indicate that any officer, officials or individuals have been involved in acts of sexual and gender-based violence, stressing that it will also provide opportunities for fair hearing to both complainants and alleged violators.

“The public sitting is also to provide opportunities for fair hearing to both complainants and alleged violators and to mainstream human rights norms and tenets into the operation of AEPB, law enforcement officials and members of the public, etc, in line with global best practices and internationally accepted human rights standards.

“The SGBV Panel sitting will furthermore provide stakeholders opportunity to contribute to ideas on how best to develop guidelines and policies on sexual and gender-based violence for institutions, MDAs, public and private organisations and homes that can serve as good practices against the backdrop of reported cases of abuse”, he added.

While decrying the spate of human rights violation, Ojukwu said the SGBV Panel, since it was set up April 2019, has so far received one and hundred and thirteen (113) complaints/memorandum across the six geo-political zones, stressing that the South-East takes the lead with a total of thirty-five (35) cases, representing 30%.

He added that South-South comes next in human rights violation with twenty-six (26) cases, while the North-Central accounts for 19 cases and the North-West 17 cases. 12 cases of human rights abuse were recorded in the South-West while the North-Esst has the lowest with the total number of 4 cases.

The Chairman, who disclosed that the Commission had completed sittings in major cities in the country and had so far recorded success in handling gender-based violence, called on members of the public particularly South-South residents with gender-based violence to forward their complaints to the panel, assuring that identities of such persons would be fully protected.

For Your Press Releases, Interview, Contact Us Via editor@infodailyng.com… For Your Event Coverage Call or Chat Us On 08067027581